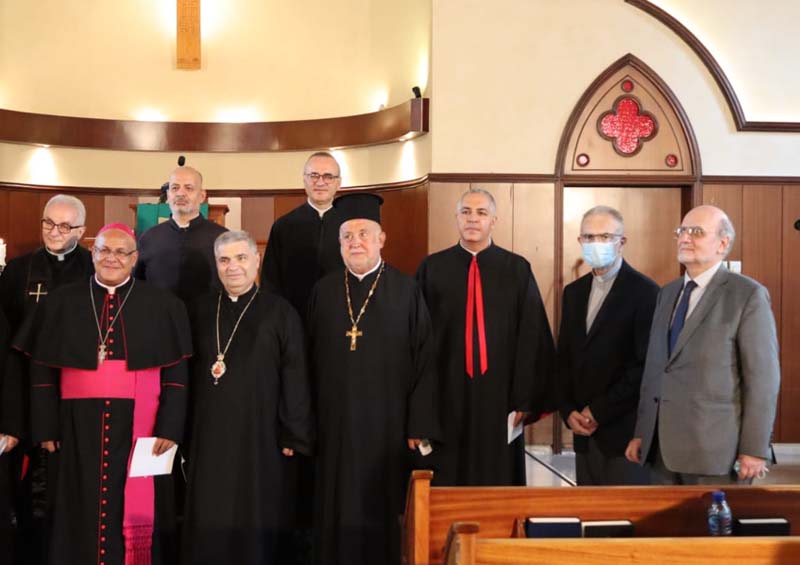 Under the patronage and presence of the President of the National Evangelical Union in Lebanon and President of the Council for the Evangelical Family HE Reverend Dr. Habib Badr, the Middle East Council of Churches inaugurated the “Days of the Season of Creation” 2021 for the first time in the Middle East. An Ecumenical Prayer service was held on Sunday, September 5, 2021 at 5 pm Beirut time, with the generous hospitality of the National Evangelical Church in Beirut.

Members of the MECC team and Ecojustice Adhoc Committee, and a group of believers from different Church families also attended the Prayer.

At the beginning, HE Rev. Habib Badr delivered a welcome speech and introduced the international “Season of Creation” project, calling for the preservation of the common home and all its creatures. MECC Secretary General Dr. Michel Abs also gave a speech stressing the Creator’s gift and the “environmental injustice”, and warning that “mankind has excelled in harnessing nature and adapting it in a way that preserves it needs, progress and well-being…”. He added “human loves the environment and at the same time, practices all forms of environmental abuse and harm, inventing techniques to develop and maintain it, and at the same time, practicing violence against it…”

Dr. Abs also praised the Church’s role towards environment, “it did not remain silent, but raised its voice against this systematic and continuous violence against the environment, the gift of God to human. Its environmental defense comes in the context of defense of humanity, life and destiny, aiming at establishing justice … “.

He continued, “The Church has responded to the environmental challenges confirming that each individual and every nation have a specific role. Its approach is based on the value of creation because it reveals something about God the Creator. The Church as a social institution and its children, members of society, have a social and moral responsibility to participate in preserving the environment. The way that the Church cares for the environment indicates its pioneering role and respect of the Creator…”

This opening Prayer included the Ecumenical Prayer service of the “Season of Creation,” available in this year’s season booklet, that MECC has translated into Arabic, for the very first time in history. After reciting the “Season of Creation” 2021 Prayer, each of the invitees participated in the Prayers with the interaction of the believers surrounded by an atmosphere of fraternity and hope for a better environment and a more sustainable future.

The Prayer service also included musical segments and hymns. Many choirs from different Church families sang hymns about creation and glorifying the Creator. They are the “Kousan” Choir of Hamazkayin Lebanon, the Choir of St. Elias Greek Melkite Catholic Cathedral in Down Town Beirut, and the Youth Choir in Baabdat Lebanon.

The Epistle of James 2: 1, 10, 14, 17 and the Gospel of Mark 7: 24, 37 were also read. Then member of the Ecojustice Adhoc Committee Reverend Dr. Rima Nasrallah, from the Evangelical Church in Beirut, presented a spiritual sermon on the theme of this year’s “Season of Creation”, “A home for all? Renewing the Oikos of God”.

At the end of the opening Prayer, member of the Ecojustice Adhoc Committee and head of the Association of Theological Institutes and Faculties in the Middle East Father Tanios Khalil delivered a thank you speech and invited everyone to Pray in the closure Prayer service of the “Days of the Season of Creation” at the The Convent of the Visitation in Aintoura – Keserwan. Then there was a memorial photo, and thyme plants were distributed to each of the participants as a souvenir of this new Christian environmental event in the East. 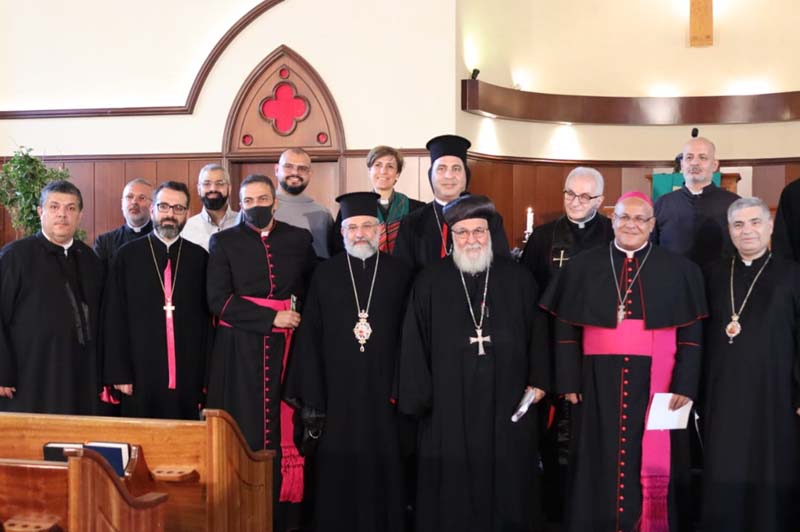