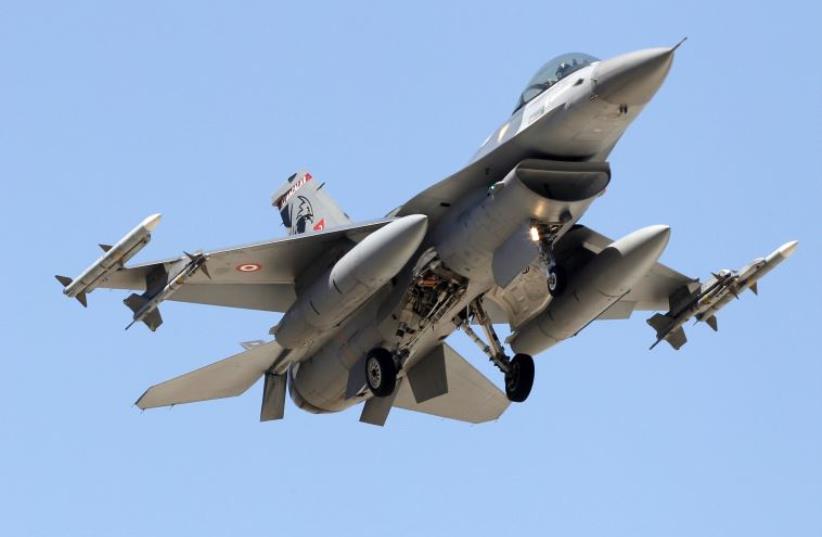 The airstrikes now target areas where there has been coexistence between Christians and Kurds, raining down bombs where children play in their parents’ yards.
By SETH J. FRANTZMAN  Turkish F-16 fighter jet
(photo credit: REUTERS)


Although Turkey claims it is fighting the Kurdistan Workers Party (PKK), there have been no terror attacks on the country. Additionally, recent revelations from former national security advisor John Bolton’s book paint Turkey as merely carrying out attacks to feed nationalism at home and to strike at Kurds throughout the Middle East.

Kurdistan24 reported that Turkish jets hit an area in Dohuk province on Saturday that came near a Christian village called Bersev. There are 300 minority families in the vulnerable area. And there are reports of civilian casualties in the mountains.
Turkey is a NATO member and is supposed to uphold the organization’s values. In recent years Turkey has invaded the Kurdish region of Afrin in Syria and more than 160,000 Kurds were forced to flee. In October 2019, Turkey invaded Tel Abyad, another area in northern Syria, and some 200,000 people fled.
Turkish-backed extremists, which US memos labelled “jihadi mercenaries” attacked civilians, murdering Kurdish female activist Hevrin Khalaf. Turkish far-right pro-government media labeled the murder of Khalaf, who was unarmed, as the “neutralization of a terrorist.” There was no evidence that she or the other 300,000 people forced to flee by Turkey’s invasions engaged in terrorism. In addition, Turkish-backed Syrian rebels have kidnapped women in Afrin and destroyed Yazidi shrines and graves.

The airstrikes in northern Iraq now target areas where coexistence has existed between Christians and Kurds, raining down bombs where children play in their parents’ yards. A source told local media that airstrikes have damaged property.

Turkey’s airstrikes have been killing civilians every year over the last several years. Seven were killed in 2017, and in 2019 airstrikes and a protest led to one death. Beekeepers and farmers have also been killed. Over the weekend, mourners gathered in Amedi after several men were killed. “We can’t do anything, no one does anything for us,” the father of a victim said. Christians say they are being terrorized by the bombings, according to reports at Rudaw.

There have been protests against the airstrikes in the town of Shilzade. So far, the UN and other human rights groups do not appear to have taken any notice of the attacks. US diplomats do not visit the area despite American claims that it cares about Christian and other minorities in the Middle East. Western diplomats also don’t seem to show any interest. Iraq’s government has complained to Turkey about the airstrikes over the years and the increase of Turkish bases in northern Iraq, but Baghdad is unable to do anything about it.