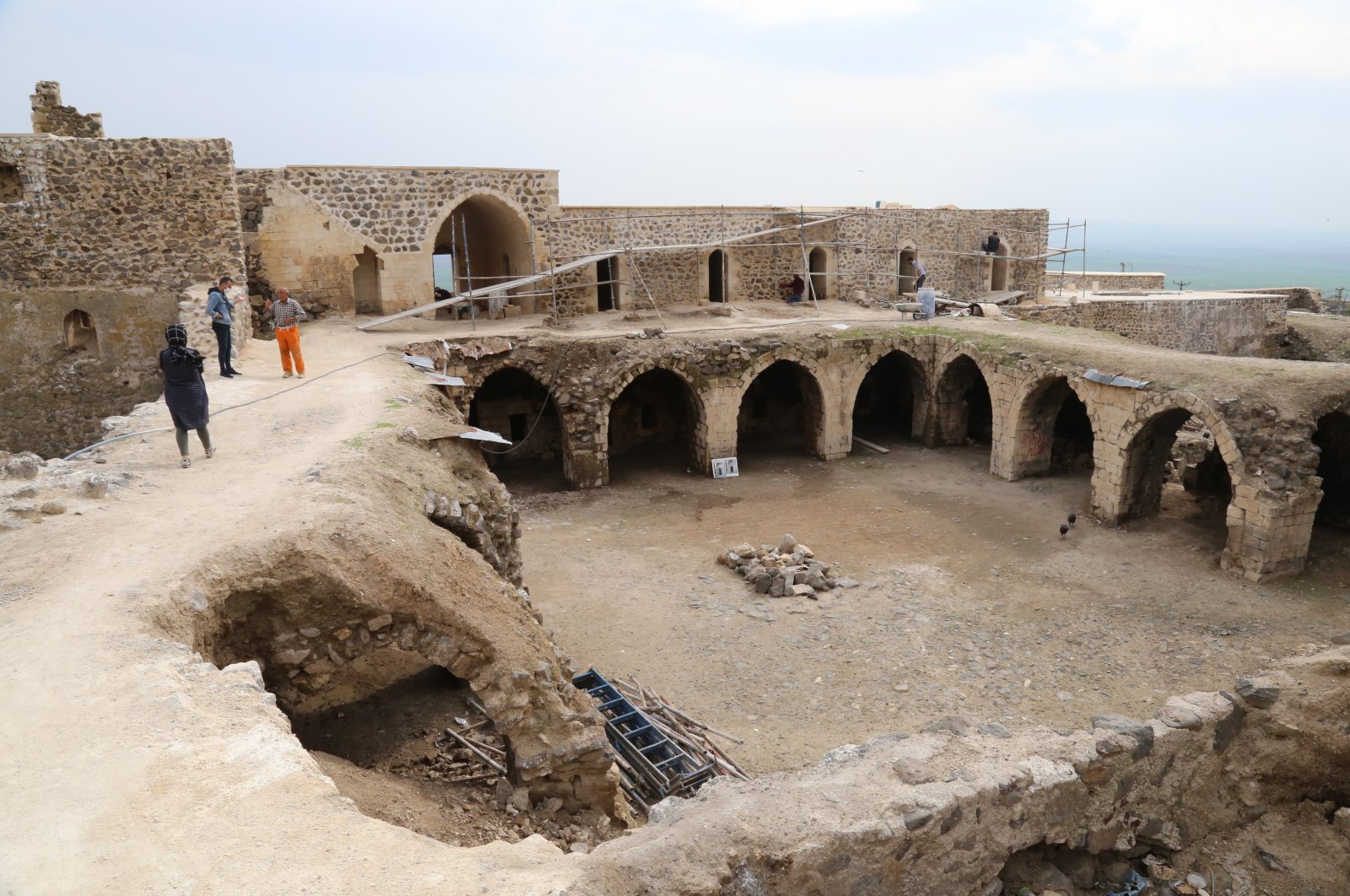 by Anadolu Agency
A general view from the ongoing restoration work at the Mor Kuryakos Monastery, Batman province, Turkey. (AA Photo)
Turkey has completed the first phase of restoring a 1,600-year-old monastery in the southeast of the country, according to a local official.

The Mor Kuryakos Monastery located in the Be?iri district of the southeastern Batman province is scheduled to be restored in a three-stage process.

A?ç? added that the monastery, along with the ancient town of Hasankeyf, will be an important tourism attraction.

The historic monastery traces its origin back to fifth-century Syriac Christians and has two floors in an area spanning 2,500 square meters (8,202 square feet).

Around TL 1.5 million (nearly $215,000) has been spent on the first phase of the restoration, which covers the monastery entrance, the entire southern facade, a tomb room and its eastern facade, as well as all rooms on the second floor. 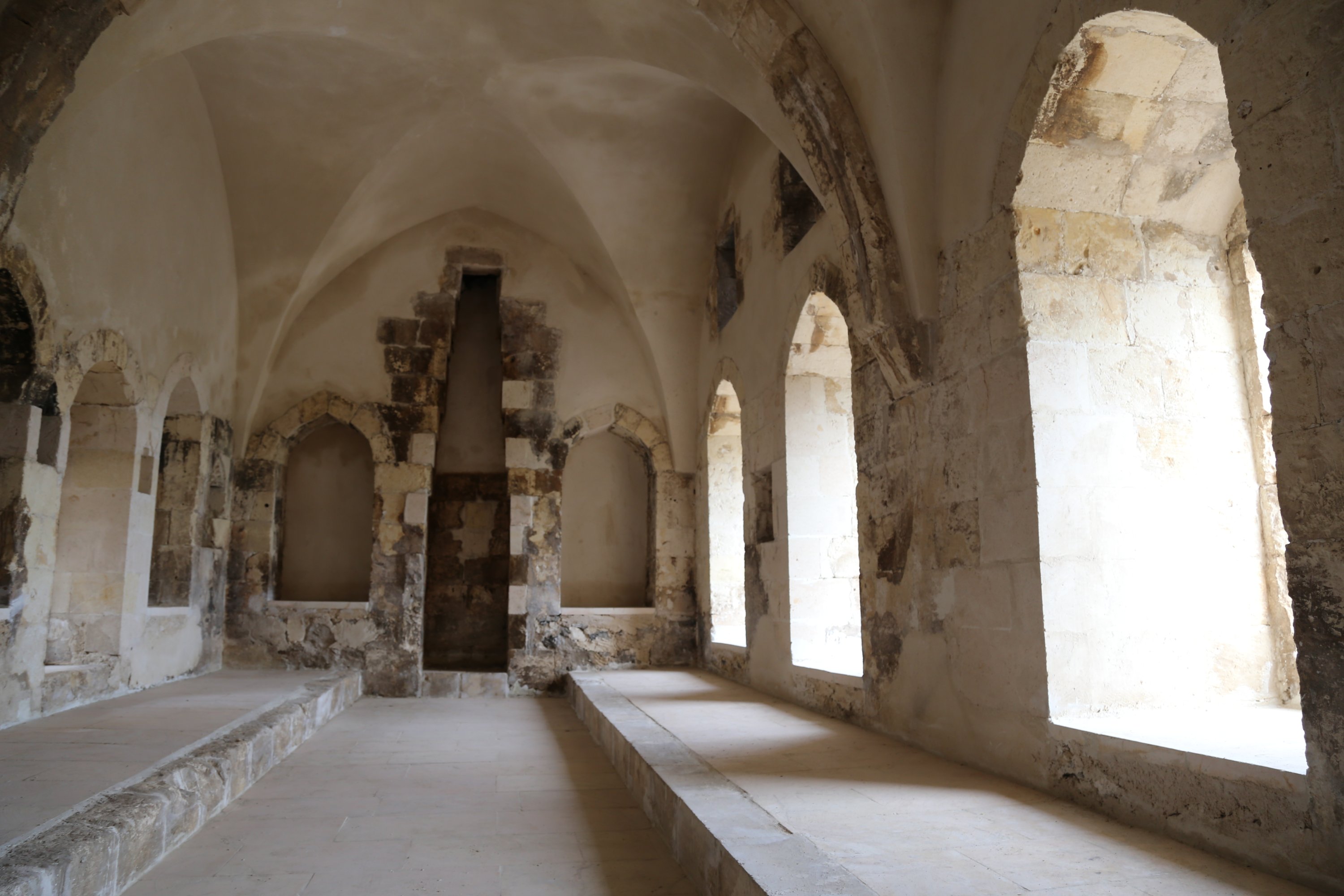 A photo from the interior of the Mor Kuryakos Monastery, Batman province, Turkey. (AA Photo)

The second phase will begin after Ramadan Bayram, also known as Eid al-Fitr (the holiday after the Muslim holy month of Ramadan set for the end of May).

The restoration is being completed in coordination with the Batman Governorship, Dicle Development Agency, Special Provincial Administration and the Culture and Tourism Directorate.

A?ç? said this region has seen people from different faiths living in harmony for centuries.

“The monastery is the faith center of Syriac Christians, and right behind it, we have a mosque, which shows us how tolerance is intertwined,” he added.

Locals in the village are happy about the restoration and welcome the revival of this historic building, he said.

In recent years the Turkish government has stepped up efforts to restore and open churches and synagogues, including many places of worship that have had their doors shut for over a century.