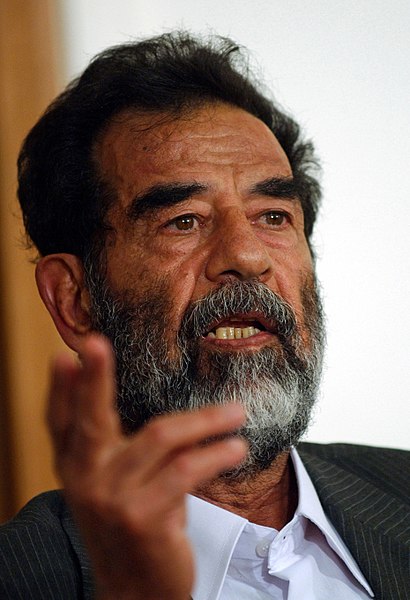 Saddam Hussein (Photo: U.S. military)
WDIV compiles a list of luminaries who have received a symbolic key to the city of Detroit, including the late Iraqi dictator Saddam Hussein in 1980.

Mayor Coleman A. Young gave him the key for his $200,000 in donations to the Sacred Heart Chaldean Church in Detroit, writes Ken Haddad of WDIV. He later fell into disfavor with the U.S., to put it mildly.