© Sputnik / Demond Cureton
UK oil and gas giant BP’s ‘I am Ashurbanipal: King of the World, King of Assyria’ exhibition drew to a close on 24th February at the British Museum, which celebrated the life of seventh-century BC’s most powerful person on earth in the first ever major exhibition of its kind in the UK.

The exhibition explored King Ashurbanipal’s life, including his role in family politics, his pressures of rulership, among others, via a montage of artefacts. The ancient Assyrian king ruled a diverse empire from the eastern Mediterranean to the Zagros mountains in Western Iran from his capital in Nineveh, in present-day Iraq.

According to the King, knowledge was power, which he used to write and debate with expert scholars unlike his predecessors, the exhibition revealed. Such knowledge was used to manage his empire, and conversely the British Museum used surviving text from his library to recreate a unitary body of knowledge on the King’s life. 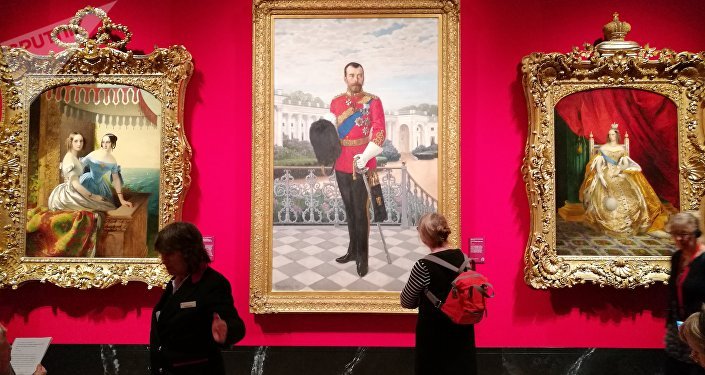 The British Museum curated a trove of cuneiform texts survived from the King’s library, in addition to palace sculptures, and over 200 artefacts unearthed by archaeologists in the region, many which detailed Ashurbanipal’s conquest of Egypt and suppression of rebellious family members using items which had never been previously showcased in the UK before.

The exhibition was complemented by key loans from across the world, including artefacts from the History Museum of Armenia in Yerevan, the Musée du Louvre in Paris, Vorderasiatisches Museum in Berlin, State Hermitage Museum of St. Petersburg, Museo Gregoriano Etrusco at the Musei Vaticani in Vatican City, and Cyprus Museum in Nicosa.

Comments on the Ashurbanipal Exhibition

Exhibition curator Gareth Brereton told Sputnik that “the British Museum would reveal the history of Ashurbanipal, the greatest king you’ve never heard of”, and he that hoped that many visitors would discover the stories of Ancient Assyria and Ashurbanipal “for the very first time”, in addition to “the splendour of the King’s palace at Nineveh and the impact of the Assyrian empire”.

“As present-day Iraq looks to recover the history of damaged sites at Nineveh and Nimrud, this exhibition allows us to appreciate and relive the great achievements of an ancient world and celebrate its legacy,” Mr. Brereton said. 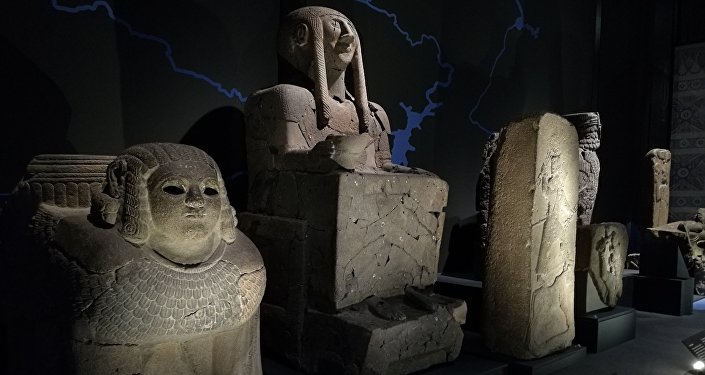 © Sputnik / Demond Cureton
Statues sit as several of the key artefacts curated at the BP ‘I Am Ashurbanipal’ exhibition at the British Museum in London, UK.

British Museum director Hartwig Fischer told Sputnik that he was “delighted to announce the BP exhibition” which would “bring visitors face to face with a king whose reign shaped the history of the ancient world”.

“Temporary exhibitions of this nature are only possible with external support so I am hugely thankful for BP’s long-term commitment to supporting exhibitions at the British Museum,” Mr. Fischer said, adding that he thanks exhibition logistics’ partner IAG Cargo for transporting some of the most “incredible loan objects from across the world to London to share with our global audience”.

Peter Mather, Group Regional President, Europe and Head of Country, UK for BP told Sputnik that  he was “delighted to support the British Museum as they bring this relatively unknown story to life through vivid storytelling and rare artefacts”.

The partnership between BP and the UK Arts and Culture programme began in 1996, spanning more than 50 years and paving the way for initiatives such as the BP Lecture Theatre. BP currently supports the British Museum via its special exhibitions programme, in addition to sponsoring the National Portrait Gallery, Royal Shakespeare Company and Opera House, among others, and is one of the biggest corporate investors in UK arts and culture.

Many exhibition artefacts were from archaeological sites in Iraq such as Ninevah and Nimrud, which had been targeted and destroyed by Daesh, and the final section of the exhibit highlighted the challenges faced with preserving Iraq’s cultural heritage via the ‘Iraq Emergency Heritage Management Training Scheme’, which began in 2015. The exhibition features film footage detailing the project’s extensive training and research.

The Iraq Scheme was granted £2.9m in official development assistance (ODA) by the UK Department for Digital, Culture, Media and Sport over five years. Through the Scheme, the UK government helped to build capacity in the Iraq State Board of Antiquities and Heritage, training roughly 50 staff to retrieve and rescue archaeological treasures.

BP’s history in Iraq began with the discovery and export of oil from Baba Gurgur in Kirkuk, Northern Iraq, in the 1920s. Currently, BP, PetroChina and The BOC Group are working in tandem to develop Rumaila, the world’s third-largest producing field.

Rumaila’s development programme also aims to create a sustainable social investment in communities in and near Basra, southern Iraq and focusses on healthcare, access to potable water, infrastructure and vocational training, according to BP. The BP Foundation also provided grants to the Basra Museum in 2010.