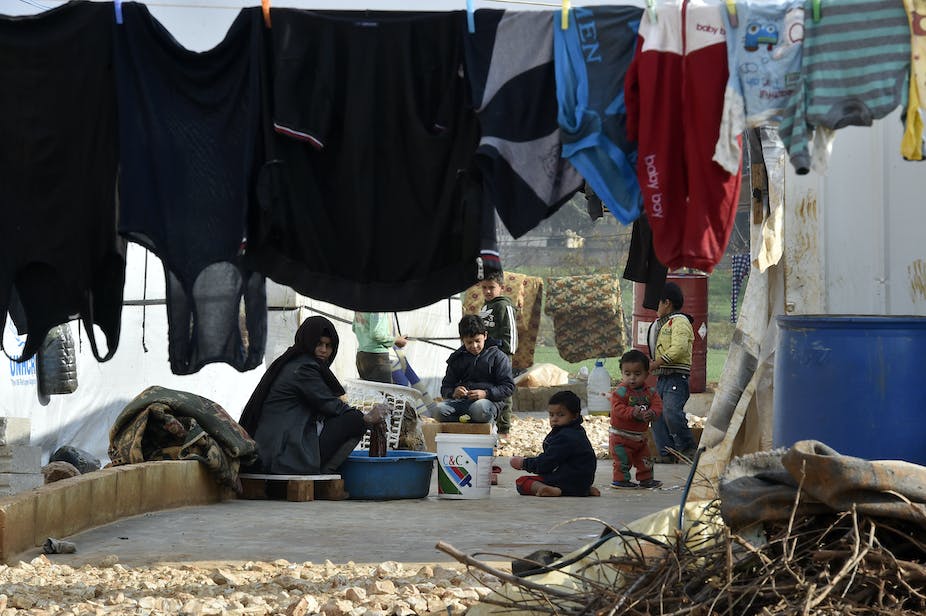 Despite the current optimism around the potential good these new global compacts on refugees and migrants will have, the current political situation in Lebanon – home to 1.1m Syrian refugees – shows why there is still a long way to go. Infrastructure to accommodate the refugees in host countries such as Lebanon, Turkey and Jordan is still dire and requires emergency funds to ensure basic needs are met.

In Lebanon, Syrian refugees are viewed not only as an economic burden, but a political threat so severe that their presence threatens the country’s delicate power-sharing balance. Even in the aftermath of elections in May 2018 that brought a modicum of political stability in Lebanon – although still no agreement on cabinet positions – Syrian refugees are still scapegoated by Lebanese politicians. Increasingly xenophobic rhetoric has worsened.

Meanwhile, Lebanon has stepped up efforts to return Syrian refugees, committing significant resources to ensure the return of as many people as possible. But this is highly controversial. Many Syrians fear reprisals or arrest by the Assad regime, possible conscription into the army and a basic lack of infrastructure when they arrive.

Even with the prospects of new international agreements on refugees, no discernible positive impact can be expected for Lebanon’s Syrian refugees. Lebanon has not signed the 1951 Refugee Convention, so that it isn’t legally required to protect the estimated 450,000 Palestinian refugees who also live in the country. The convention provides the legal parameters to ensure refugees are given the right to work, education, housing and non-discrimination.
Memory of the past

Part of the reason why Lebanon has ignored this international mandate for refugee rights is a reflection of the divided nature of Lebanese politics, which values stability between the Lebanese elite above all else. But the cost of that stability is currently being paid disproportionally by Syrian and Palestinians as they face marginalisation and exclusion.

Since the outbreak of the Syrian war in in 2011, Syrians who sought refuge in Lebanon have faced systemic marginalisation through policies that limited their ability to gain residency and labour rights. For Lebanon’s political elite, the presence of Syrian refugees represents a dangerous reminder of the Palestinian refugees who played an important role in the Lebanese civil war of 1975-1990, and are now commonly, and wrongly, blamed for being one of the causes of the conflict.

Lebanese political power-sharing is based on a prescriptive sectarian parliamentary balance between Christians and Muslims. The focus on a demographic balance between Christians and Muslims within Lebanon’s institutions has a direct influence on political decision making: from ensuring representation in the cabinet to enshrining the rejection of the right for Palestinian refugees to settle in the constitution.

Because of this, the Christian political elite view Syrians and Palestinians not as vulnerable groups in need of basic assistance, but as a potential seismic demographic shift. The common theory explained to me on a recent research trip to Lebanon was that if either group were to be settled in Lebanon permanently, the balance of sects would shift to favour to Sunnis and result in their dominance over the political arena at the expense of Shia and Christians.

It was clear that for many of the Christian political elite I spoke to, the Syrian refugees were viewed as an existential threat that could undermine the delicate sectarian balance in the country and destroy the power-sharing agreement that guarantees representation for all Lebanese groups.

In the face of all this, Lebanon’s response to the presence of refugees has been uncharacteristically cohesive. It introduced a national strategy in 2014 entitled the “policy on Syrian displacement”, aimed primarily at ensuring that Syrians were limited in their ability to settle permanently in Lebanon.

Now, arguments that have been used to marginalise Palestinians are now repeated in reference to Syrians. In May 2018, former foreign minister Gebran Bassil proposed that Lebanese women would finally be allowed to pass on nationality to their children, unless they were married to a Syrian or Palestinian. Previous arguments on why this right should be denied to Lebanese women were made in reference to children of Palestinians only.

The focus on maintaining sectarian equilibrium will always be an obstacle for international legal instruments designed to give refugees their rights in Lebanon. For the Syrian and Palestinian refugees living in the country, the power-sharing system will continue to entrap them as they face systemic exclusion, with politicians trying to make their living conditions as difficult as possible to ward off potential settlement. If stability in Lebanon continues to be managed by sectarian head counting, any mechanisms to protect refugees will not be implementable and suffering will continue unabated.