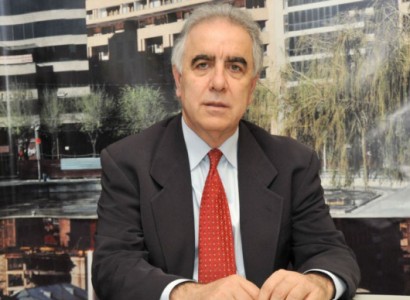 Region:Turkey
Theme: Politics, Analytics
The minority leaders were pressured by the Turkish regime to claim that they are not pressured, Armenian-American writer, public activist and publisher of The California Courier, Harut Sassounian notedd.

In a recent article, Harut Sassounian wrote about the U.S. State Department’s annual report on International Religious Freedom which stated that “all religious groups that are not Sunni Muslim suffer discrimination and persecution in Turkey…. Religious minorities said they continued to experience difficulties obtaining exemptions from mandatory [Islamic] religion classes in public schools, operating or opening houses of worship, and in addressing land and property disputes. The government restricted minority religious groups’ efforts to train their clergy….”

Immediately after this report was issued, the Turkish Foreign Ministry rejected it calling the documented violations of religious rights “a repetition of certain baseless claims.”

Turkish President Rejep Tayyip Erdogan sought a stronger rebuttal of the State Department’s accusations against Turkey, even though he usually ignores all complaints about his country’s flagrant violations of the human rights of its own Turkish citizens as well as those of its minorities and even Americans such as Pastor Andrew Brunson. Erdogan immediately ordered his aides to orchestrate a joint statement signed by all non-Muslim leaders in Turkey, claiming that their religious rights are not violated. Since these non-Muslim leaders are hostages in Turkey, they had no choice but to sign the petition that was prepared for them by the Turkish government.

While it would be easy for us to criticize these minority leaders for misrepresenting the violations they are subjected to, this argument should be balanced by the fact that they live under a brutal regime that has no qualms about jailing and torturing not only the religious leaders but also their community members. We should also be somewhat gratified that Pres. Erdogan, despite his despotic nature, has exhibited a rare sensitivity on the accusations against his country, and has valued the statement issued by the non-Muslim leaders, thinking that it would help Turkey look good in the eyes of the international community.

As directed by Pres. Erdogan, the representatives of 18 non-Muslim minority groups in Turkey submissively signed the joint statement on July 31, 2018, claiming that their rights are not violated by the Turkish government.

The statement falsely declared: “As religious representatives and foundation directors of the ancient communities of different religions and belief groups that have been living in our country for centuries, we live our beliefs freely and we freely worship according to our traditions. Statements claiming or implying that there is repression are completely false. The various problems and times of victimization in the past have reached solutions over time. We are in continual communication with our state institutions, who meet the issues we wish to advance with good intentions and a desire for solutions. We are making this joint statement consciously out of the responsibility to correctly inform public opinion.”

Interestingly, on August 1, 2018, a day after signing their joint statement, all 18 non-Muslim leaders were invited to the Dolmabahche Official Reception Hall in Istanbul and had a four-hour luncheon meeting with Ibrahim Kalin, Pres. Erdogan’s Spokesman. Erdogan himself was initially supposed to attend this meeting, but was unable to do so at the last minute.

While the joint statement was intended to conceal the many difficulties experienced by non-Muslim institutions in Turkey, this bluff was quickly exposed when the participants at the meeting complained to Ibrahim Kalin about the multiple violations of their religious rights.

For example, Archbishop Ateshyan reported to the local Armenian media that he and Shirinoglu told Kalin about the properties that in recent years were returned to Armenian community foundations, only to have the decision reversed by a mayor or a government minister. They also complained about the Patriarchate’s legal status and inability to receive contributions as a result of which the Patriarchate suffers from a serious financial hardship. Abp. Ateshyan suggested that either the Turkish government allow the Patriarchate to receive contributions or allocate a budget to pay its expenses. Abp. Ateshyan also brought up the suspended elections of local church executive committees, and the postponement of the Patriarchal election. The other participants in the luncheon also complained to Kalin about their various difficulties, contradicting their own signed statement that they have no religious problems in Turkey. That is why the luncheon took four hours!

Kalin, in turn, thanked the signatories on behalf of Pres. Erdogan for their joint statement, making it obvious that it was a major public relations coup for Turkey.

The only voice opposed to the joint declaration of non-Muslim leaders was Garo Paylan, an Armenian Member of the Turkish Parliament, who boldly stated: “They don’t allow us to elect our Patriarch, they don’t permit us to open a seminary, they don’t give us the right to elect the board members of our church foundations, and the community is scared like a pigeon!”

The joint statement was clearly signed under duress. Ironically, the minority leaders were pressured by the Turkish regime to claim that they are not pressured! Only in Turkey!