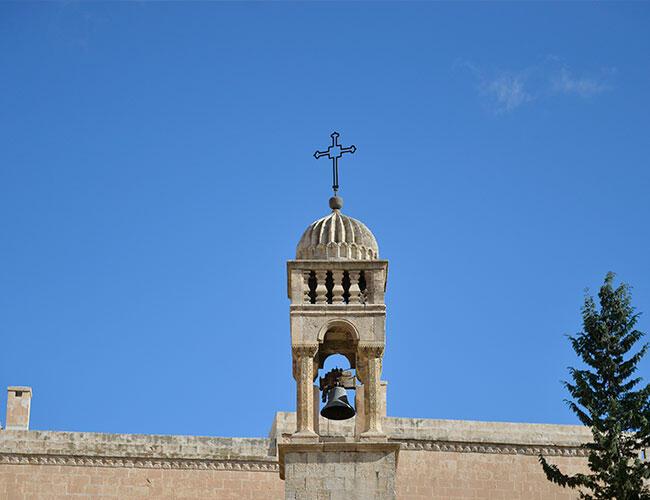 MARD?N – Anadolu Agency
Turkey’s Syriac minority in the southeastern province of Mardin have welcomed the imminent return of legal ownership of the Mor Gabriel Monastery to their community, a monastery official said on Nov. 22.
Deputy Prime Minister Hakan Çavu?o?lu said earlier that a Syriac Christian cemetery belonging to the monastery had been mistakenly transferred to the state treasury.

“We are now transferring this cemetery back to its owners,” Çavu?o?lu added.

Kuryakos Ergun, head of the foundation for Mor Gabriel Monastery, said the problem arose when Mardin Municipality’s status was changed to a metropolitan municipality in 2014 and the title deeds of the monastery, church and cemeteries belonging to the Foundation of the Monastery of Mor Gabriel were handed to the Turkish state treasury.

Following intense opposition, the properties were first transferred to the Directorate of Religious Affairs and then the General Directorate of Foundations, Ergun said.

“We very much appreciate the transfer of the 2,000-year-old monastery, church and affiliated fields. These are properties of the foundation and our country,” he said.

“We also kindly request [Çavu?o?lu] to transfer [ownership of] other churches, monasteries and cemeteries, not only Mor Gabriel Monastery. These are the properties of the Syriac church, and most of them date back to fourth, fifth and sixth centuries,” Akyüz said.