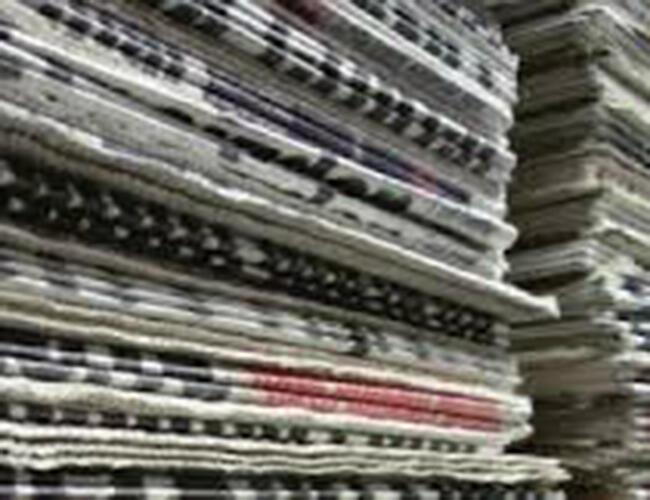 ISTANBUL
Jews were the most targeted group in hate speech in the Turkish media in the most recent period, according to a report prepared by the Istanbul-based Hrant Dink Foundation.
The foundationŌĆÖs report was based on local and national media, determining a total of 1,910 columns and news reports targeting ethnic and religious groups in Turkey.

The report, prepared as part of the foundationŌĆÖs Media Watch on Hate Speech project encompassing the May to August period, found 2,466 examples of hate speech in the examined media outlets.

Some 788 of the texts including hate speech were published in the national press while 1,122 were in local media.

According to the foundation, 493 hate speech examples targeted Jews, while 472 targeted Syrians. Greeks were third on the list with 256 examples, followed by Armenians, Cypriot Greeks and Turkish Greeks, and Christians.

British people and Buddhists were also targeted by hate speech in a number of examples.

According to the report, the highest number of hate speech items was found in articles and columns regarding Israel.

Tension over the al-Aqsa Mosque in Jerusalem prompted a number of media outlets to demonize Jews as a collective group, with the term ŌĆ£JewsŌĆØ often being used in place of ŌĆ£Israeli state,ŌĆØ ŌĆ£IsraelŌĆØ or ŌĆ£Israeli Defense Forces,ŌĆØ the report stated.

It added that Jews were also presented as a ŌĆ£secret powerŌĆØ and ŌĆ£threats against TurkeyŌĆØ in many conspiracy theories reflected in the Turkish media.

Many reports and columns referred to Jewishness as an insult, with Jewish identity ŌĆ£attributed to many institutions and individuals in a negative context,ŌĆØ the report stated.

Syrian refugees, meanwhile, were often referred to in criminal incidents including murder, theft and sexual harassment, while also being equated with terror and security problems.

Syrian refugee women were presented as a threat against the family and society, while Syrians as a whole were described as a source of tension and a threat against TurkeyŌĆÖs demographic structure, the foundation stated.

The Middle East Council of Churches Inaugurates the ŌĆ£Season of…