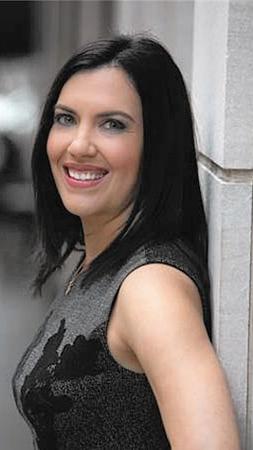 Michele Rigby Assad (Courtesy of Michele Rigby Assad)
Christal Hayes Christal Hayes Contact ReporterOrlando Sentinel
Mount Dora native featured on @ABC2020 for work during mission to rescue Iraqis from #ISIS
A Tavares High School graduate will be featured on ABC’s 20/20 on Friday night for a mission she was part of that rescued more than 100 Iraqi Christians from ISIS hold.

The cameras were rolling as Michele Rigby Assad, who ABC identified as a former CIA agent, and her team members saved 149 residents who were forced out of their village in Iraq last year after ISIS terrorists gave them an ultimatum of converting from Christianity or death. The radical terror group, which has taken credit for a slew of violence including the recent Paris attacks, left the villagers with no choice but to leave.

“Many of these poor people fled with just clothes on their backs and their papers.” Assad said Thursday.

Assad, 42, and her husband, Joseph Assad, vetted the uprooted Iraqis and planned their evacuation from the country Dec. 7. The flight planned to take the residents to their new home in Slovakia was unexpectedly canceled after Russian missiles struck nearby Syria. An ABC news crew tagged along as Assad and her team scrambled to make alternate plans for evacuation during the dangerous mission as airports in the area shut down.

“We had already secured an airplane then suddenly we had no idea what to do,” Assad said. “No one wanted to fly into Iraq and into an active war zone…It was very chaotic.”
The Iraqis were safely taken three days later to their new homes in Slovakia.

Assad, a Mount Dora native who now lives in New Symrna Beach, graduated from Tavares High in 1991. She attended First Baptist Church of Tavares growing up and met her husband there after the church raised funds to fly him from his home in Lebanon to the area and send him to college. Joseph Assad, 44, was being persecuted in his home country based on his Christian beliefs.

“That’s the beautiful part of all of this,” Michele Assad said. “First Baptist brought us together by protecting him and his beliefs, which is exactly what we helped do for these Christians in Iraq.”