Washington, D.C. September 11, 2014
The IDC Summit Ecumenical Christian Prayer Service
From September 9 to 11, 2014 in Washington DC, ICAE Institute President Joseph T. Kassab, a board advisory member and head of the Michigan delegation to the Washington based NGO In Defense of Christians (IDC) participated in an Inagural Summit sponsored by IDC on protecting and preserving Christianity where it began. Attendance far exceeded IDC estimates of 400-500 people; instead, nearly 1200 people participated in this groundbreaking inaugural summit. Five Middle-Eastern Churches’ Patriarchs (including Representatives of two other Patriarchs), three Cardinals and seven Bishops spearheaded and immersed the summit audience, in addition to US elected officials, Think-Tank representatives and scholars. They all spoke on the challenges, the plight, and solutions to save and preserve Christianity in the Middle East, including Iraq.
The first day’s meeting started with Ecumenical Christian Prayer Services and a welcome reception.
On the second day, which took place on Capitol Hill, all summit participants heard remarks by members of the US House and Senate, as well as some international representatives. They all gave inspiring speeches about their knowledge and feelings on the plight of Christians in Iraq and the Middle East, and offered solutions and support. Again, the interest in the summit exceeded expectations, as more speakers attended and delivered speeches at the fully packed Congressional Auditorium than what was scheduled.
Also on the second day was a hearing on the Capitol Hill held by the US House of Representatives Committee of Foreign Affairs on the plight of minorities in Iraq. US officials, experts, and a few members of the Iraqi Christian community testified on the current conditions of minorities in Iraq.
On the same day, a few members of the Iraqi Christian Community, including ICAE Institute representative Joseph Kassab, delivered a unified message based on the memorandum submitted earlier to the White House and thoroughly discussed with them on the following issues:
1. The immediate humanitarian aid (shelter, medical relief, and schooling for the children) to the internally displaced people (IDPs) in Iraq,
2. The creation of a protected zone inside Iraq for Christians,
3. The enhancement of safe passage and refugee admission programs for those who choose not to return to their homes, and to expedite the sluggish refugee admission process for those who are in countries of first asylum like Jordan, Lebanon, Syria, and Turkey. Kassab specifically asked the US officials to make 20,000 to 30,000 refugee admission visa available for Iraqi Minority IDPs through special executive order by President Obama and/or the approval of a resolution sponsored by US Representative Vargas calling similar need.
4. For US help to push the Iraqi Government to provide reparation and compensation for those Iraqi Christians who lost their homes, businesses, and properties.
The Gala Dinner closed the second day by the hierarchical clergy and the organizers of the summit together reaffirming their messages of unity and hope for the Christians of the Middle East, including Iraq.
The third day started with speeches by all the patriarchs describing the situation of their flock and churches in the Middle East and what they thought should be done to preserve their communities.
Then, there was another session where several panel speakers, including specialists on the plight of the Christians, religious freedom, and human rights, discussed freedom of religion and the future of Christians in the Middle East, including Iraq, and offered solutions and recommendations for this lingering problem. ICAE Institute Joseph Kassab and some of the Chaldean-American community activists knocked on the doors and spoke with members of the US Congress to vote on some of the resolutions concerning the need of the endangered Iraqi Christians, in addition to a productive one-on-one meeting with US Senator Carl Levin, who just returned from an assessment mission on the plight of minorities in Kurdistan and Nineveh Plain of Iraq.
The third day was concluded by an IDC-organized special meeting for all the Patriarchs and their representatives with President Obama and his National Security staff. The President heard the detailed concerns and needs of their people and churches. The meeting lasted for more tha an hour, at which the President pledged to eradicate the brutal ISIS threat and to support freedom of religion and human rights for all minorities in the Middle East, including Iraq.
Noteworthy: we are grateful for the generosity of the four Middle Eastern Christian philanthropists for their support to the summit. 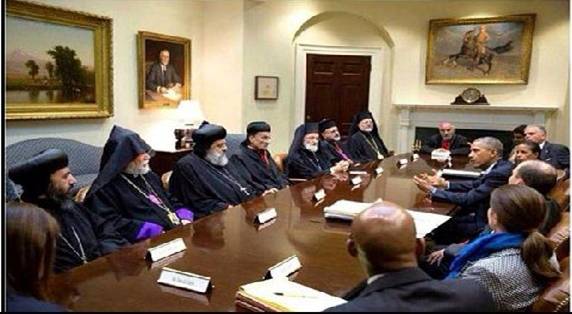 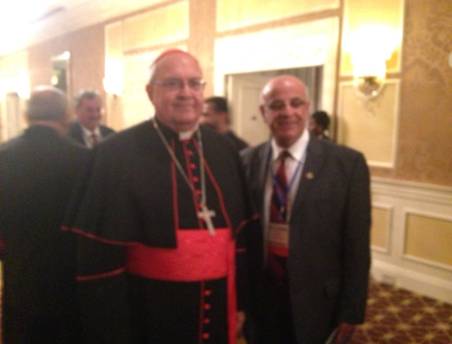 Cardinal Leonardo Sandri, Prefect of the Congregation for the Oriental Churches to the Vatican 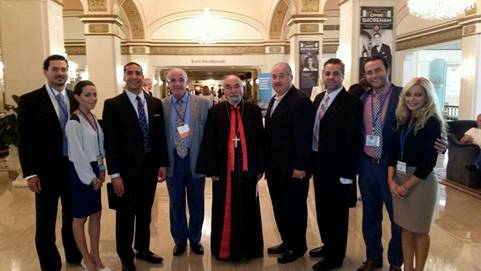 Some members of the Chaldean-American Delegation with Bishop Ibrahim 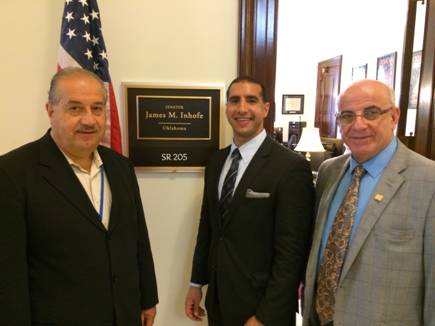 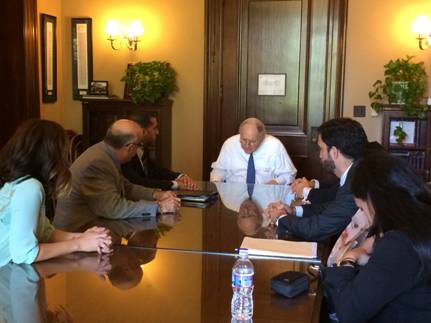 Chaldean-Americans discussing the plight of Christians with US Senator Levin 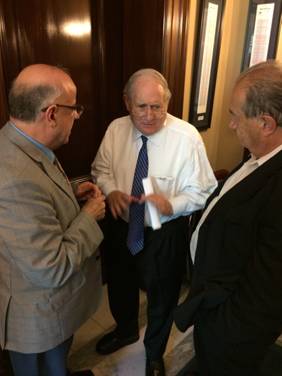 Joe Kassab and Sam Yono with US Senator Carl Levin 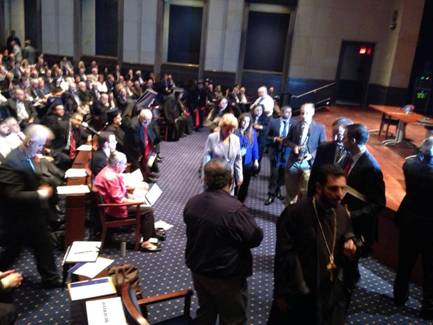 US Senator Debbie Stabenow greeting the Patriarchs after her speech 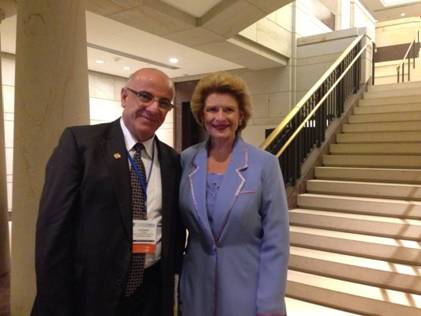 With the Chaldean American Friend; US Senator Debbie Stabenow 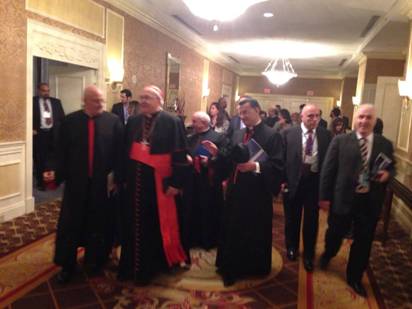 Hierarchy Patriarchs and Cardinals arriving at the IDC Summit 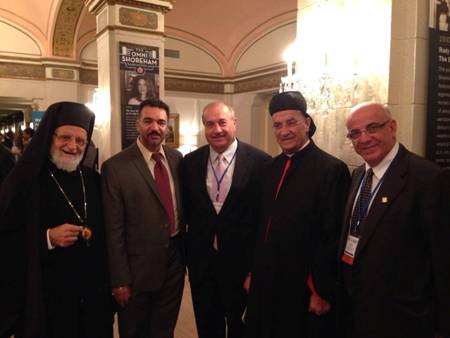 With Cardinal Rai and Patriarch Laham 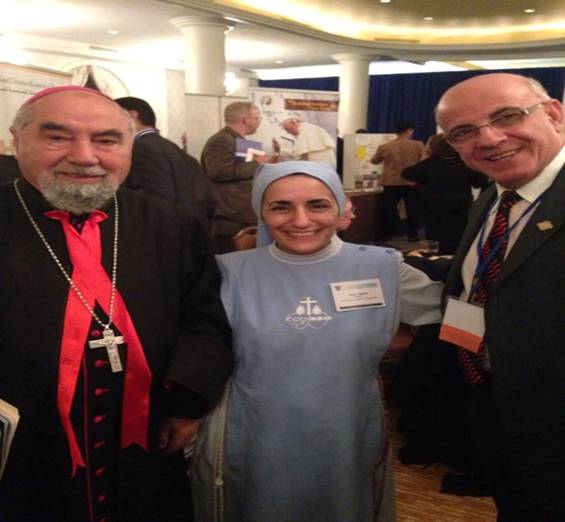 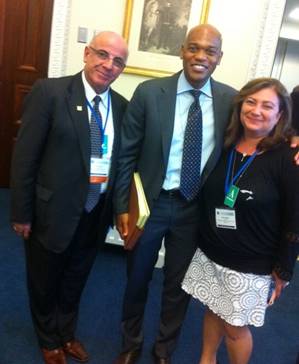 With Ronald Newman, Director of Human Rights & Refugee Protection at the White House and Dr. Zina Asmar-Salem of C-MSS after White House meeting 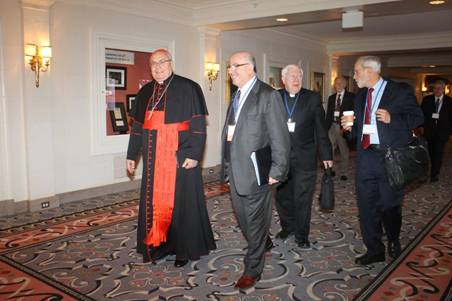 Welcoming Cardinal Sandri, Prefect of the Congregation for the Oriental Churches to the Vatican 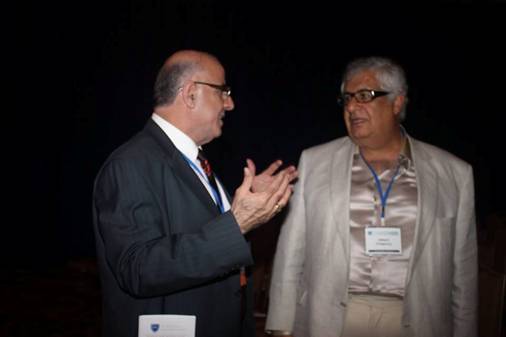 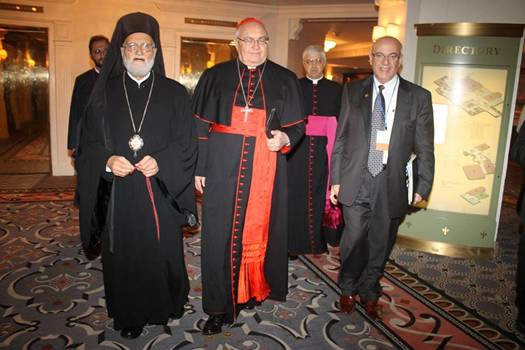 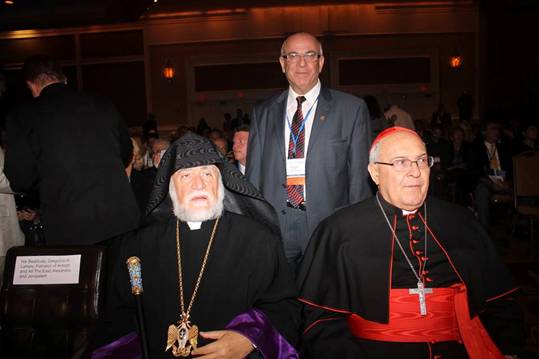 Patriarch Aram Keshishian of the Armenian Church and Cardinal Sandri 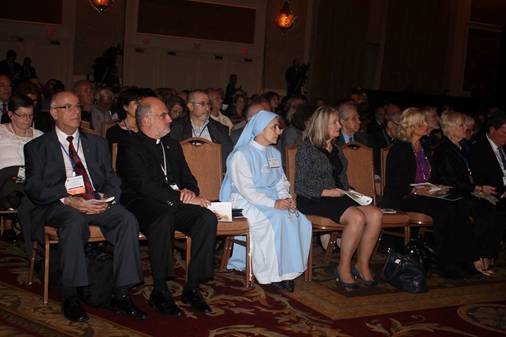 “Together we build sustainable communities with innovative initiatives”