By Aseel Kami
(Reuters) – A 6,500-year-old Sumerian gold jar, the head of a Sumerian battle axe and a stone from an Assyrian palace were among 45 relics returned to Iraq by Germany on Monday.

The items were among thousands stolen from Iraq’s museums and archeological sites in the mayhem that followed the U.S.-led invasion that ousted Saddam Hussein in 2003.

The tiny gold jar, dating to 4,500 BC, the bronze axe head, clay tablets bearing cuneiform script, a metal amulet and other artifacts were seized by German police at public auctions and turned over to Iraqi officials in a ceremony at the Ministry of Foreign Affairs.

Alexander Schonfelder, deputy head of the German diplomatic mission in Iraq, said German law dictated that any artifacts taken from Iraq after 1990 should be returned.

“This means that the German government has the right to confiscate them and that is what we have done, and given them back to Iraq,” Schonfelder said.

Some 15,000 artifacts were thought to have been looted from the Iraqi National Museum and thousands more from archeological sites since the start of the 2003 war.

Up to than 10,000 of the National Museum pieces are still missing, said Amira Eidan, general director of the museum.

Iraq, which the ancient Greeks called Mesopotamia or “land between two rivers” because of its Tigris and Euphrates, is regarded by archaeologists as the cradle of civilization.

Many believe it gave birth to such milestones of human development as agriculture, codified law and the wheel.

In recent years the Iraqi government has slowly reassembled some of the country’s lost history.

Last September officials announced the recovery of the headless statue of a Sumerian king and more than 500 other pieces. Two weeks later the National Museum found 600 missing items stashed in a storeroom of the prime minister’s office.

In December 2008, Iraqi authorities seized 228 artifacts that smugglers planned to take out of the country.

“We are heading in coming months to retrieve Iraqi artifacts from Britain, from the United States of America, and Canada … we will follow Iraq’s antiquities wherever they are,” said Abbas al-Quraishi, head of Iraq’s artifact retrieval department. 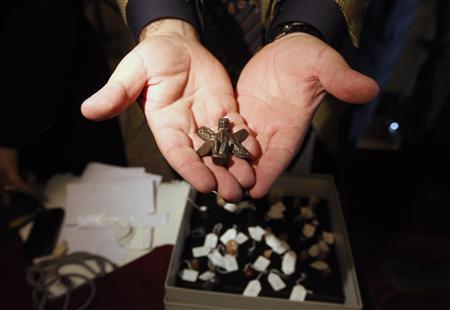 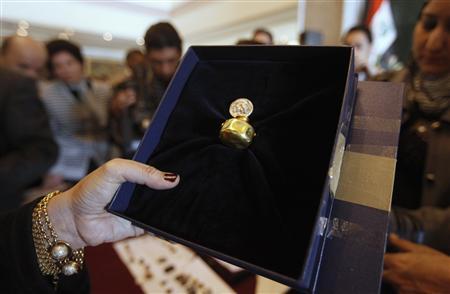 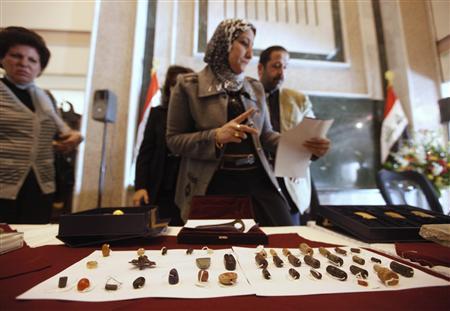