The cardinal spoke to reporters on 28 January during an online news conference sponsored by L’Oeuvre d’Orient, the French Catholic charity that supports Eastern Christians, and by the French bishops’ conference.

The Vatican has said Pope Francis plans to visit Iraq from 5-8 March but has not released details about the pope’s schedule. The information provided by Cardinal Sako is considered provisional until confirmed by the Vatican.

Adel Bakawan, an Iraq expert at the French Institute of International Relations, told reporters that the 90-year-old al-Sistani is an “indisputable reference for all Iraqi Shiites” and that his “fatwas” or judgments are followed to the letter, the French Catholic newspaper La Croix reported. 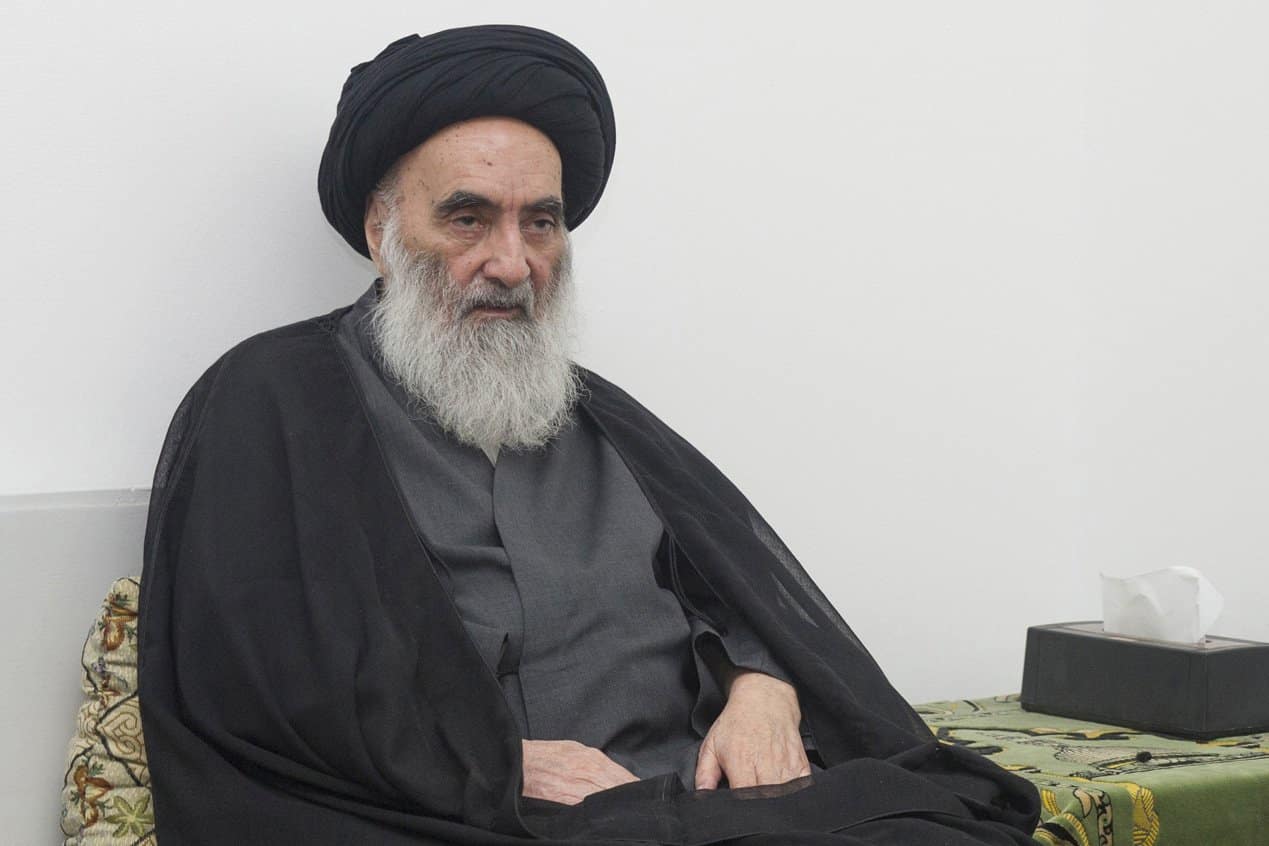 Iraq’s top Shiite cleric, Grand Ayatollah Ali al-Sistani, is pictured during a meeting with then-UN Secretary-General Ban Ki-moon in Najaf, Iraq on 14 July, 2014. PHOTO: CNS/Eskinder Debebe/United Nations via Reuters
Dignitaries visiting Iraq always request a meeting with the Shiite leader, but rarely are granted an appointment, Bakawan said. The pope is scheduled to have a private meeting with al-Sistani March 6 in Najaf, a city 100 miles south of Baghdad that is a pilgrimage site for Shiite Muslims, the cardinal said.

Cardinal Sako told reporters he hoped the two leaders will agree on a statement “condemning those who attack life,” a statement La Croix said referred to terrorist attacks in the country.

But whether or not enough groundwork has been laid for the signing of a joint declaration, Bakawan told reporters the meeting itself “will be invaluable for Muslims, Christians and all Iraqis because it will represent the call to peace, stability and tolerance.”

After the meeting with al-Sistani, Cardinal Sako said, Pope Francis will travel to Ur, the birthplace of Abraham, for an interreligious meeting before returning to Baghdad for a liturgy in the Chaldean cathedral.

As for other stops on the trip, the cardinal said that after arriving on 5 March, the pope would hold meetings with the prime minister and president and would meet with clergy in Baghdad’s Syriac Catholic cathedral.

The day after meeting al-Sistani, he said, the pope will have a busy 7 March visiting Mosul and Qaraqosh in the plain of Ninevah and celebrating Mass in a stadium in Irbil. The pope will return to Rome on 8 March, he said.