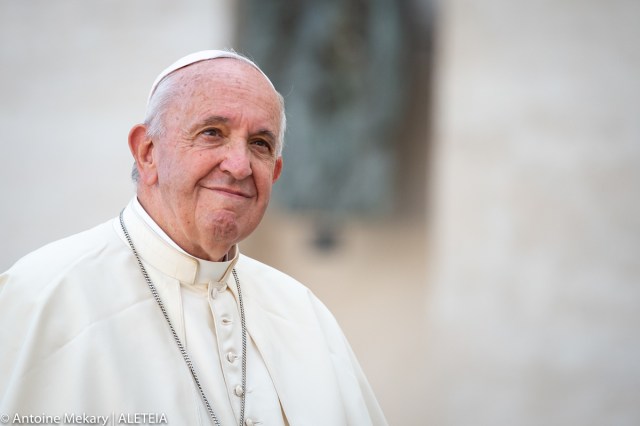 Antoine Mekary | ALETEIAKathleen N. Hattrup –
This is the first time a pope will visit the country, and the Holy Father’s first trip since November 2019.
An apostolic visit to Iraq will be Pope Francis’ first overseas trip since November 2019, when restrictions imposed because of the Covid-19 pandemic resulted in the cancellation of various trips. As well, it will be the first visit of a pope to Iraq.

The visit is scheduled for March 5-8; this timing will mean that the Holy Father and those who travel with him will have had a chance to receive the vaccine, according to America Magazine.

The pope will visit Baghdad, the plain of Ur, linked to the memory of Abraham, the city of Erbil, as well as Mosul and Qaraqosh in the plain of Nineveh.

Both of Francis’ immediate predecessors had high hopes of visiting the country; John Paul II in particular wanted to go to Ur, the birthplace of Abraham, as part of preparations for the Great Jubilee, in the footsteps of the great events of salvation history. That trip never became possible under Saddam Hussein.

In Iraq and at the Vatican, it’s acknowledged that Francis’ visit to Iraq is risky for various reasons.

Iraq’s Christian population numbers several hundred thousand — hundreds of thousands less than some years ago; as of 2003, there were roughly 1.4 million Christians in Iraq. But with the war, and then the years of Islamic State between 2014 and 2017, large numbers have been killed or forced to flee.

Speaking about the exodus of Christians from their land, Cardinal Louis Raphael Sako, the Patriarch of Babylon of the Chaldeans, noted that the very presence of Christians in the Middle East is threatened, and therefore he stressed, the support of the pope is very important. “It gives us great hope to hear his speeches and his encouragement to remain in our land.”

His message, said Cardinal Sako, “is not just for Iraqis but also for the people of Syria and Lebanon.”

Pope Francis will “bring a prophetic word to lift everyone’s spirit and to open the eyes of Iraqi citizens, but also in neighboring countries, he will bring a new horizon of brotherhood, of respect, and of harmonious coexistence” Cardinal Sako said, considering that Christians in Iraq have faced two decades of suffering.

Archbishop Bashar Warda, Chaldean archbishop of Erbil, also said the trip is “very courageous.” But, the archbishop said, Iraq will receive him with great enthusiasm. “The pope is really a very loved figure around the world, and especially Muslims have a lot of respect for him,” he said, in reference to the Muslim majority of the country.

Pope Francis has long expressed his desire to visit the country and offer hope.