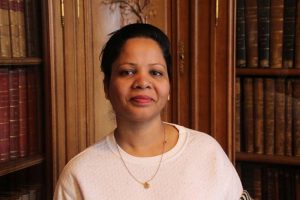 Asia Bibi in Paris, February 26 2020
ACN France met her for an Interview

By John Newton ASIA Bibi – Pakistan’s first woman to be sentenced to death for blasphemy – has thrown her weight behind a Catholic charity’s campaign calling for the release of those unjustly imprisoned because of their faith.

Ms Bibi, a Catholic who spent almost a decade in prison before her conviction was overturned, is backing Aid to the Church in Need (ACN)’s campaign for #RedWednesday, which takes place today (25th November).

This year’s campaign calls for Christians unfairly held against their will to be set free.

In the foreword to the ACN’s new Set Your Captives Free report, Ms Bibi wrote: “Today… there are countless numbers of people who are unjustly detained – like me, their offence is the faith they refuse to renounce.”

Among those whose stories are told in the report are two teenage girls – Leah Sharibu, from Nigeria, who extremist group Boko Haram kept captive after she refused to renounce her faith, and Maira Shahbaz, from Pakistan, who is in hiding having escaped from her abductor who incarcerated her in his home.

Ms Bibi added: “It is time that those who detain innocent people in defiance of the law are brought to justice.

“It is time for governments to act. It is time to rally in support of our faithful communities, vulnerable, poor and persecuted.

“We should not rest until the oppressor finally hears our cry: ‘Set your captives free’.”

The ACN report also highlights the cases of senior clerics being held by the state.

This includes Bishop James Su Zhimin of Baoding who, despite never having been officially tried or sentenced, has been a prisoner for almost a quarter of a century, following his arrest by Chinese authorities in 1996.

And the Patriarch of the Eritrean Orthodox Tawahedo Church, Aboune Antonios, who was placed under house arrest in 2007, after he refused to excommunicate 3,000 members of his Church and protested to Eritrea’s government over the imprisonment of Christians.

The state has since removed him as head of the Church, and he is still under house arrest, even though no charges have been brought against him.

Ms Bibi wrote: “One thing that so many of the people featured in this report have in common is that they are forced to suffer in silence.

“It is time that the world hears these stories – it is time to speak truth to power.”

·       To order your copy of Set Your Captives Free go to www.acnuk.org/captivesfree

Aid to the Church in Need sends out its press releases to members of media organisations, and individuals who have specifically requested to be on our list. If you no longer wish to receive our press releases please email fionn.shiner@acnuk.org@acnuk.org with the word “Remove” in the