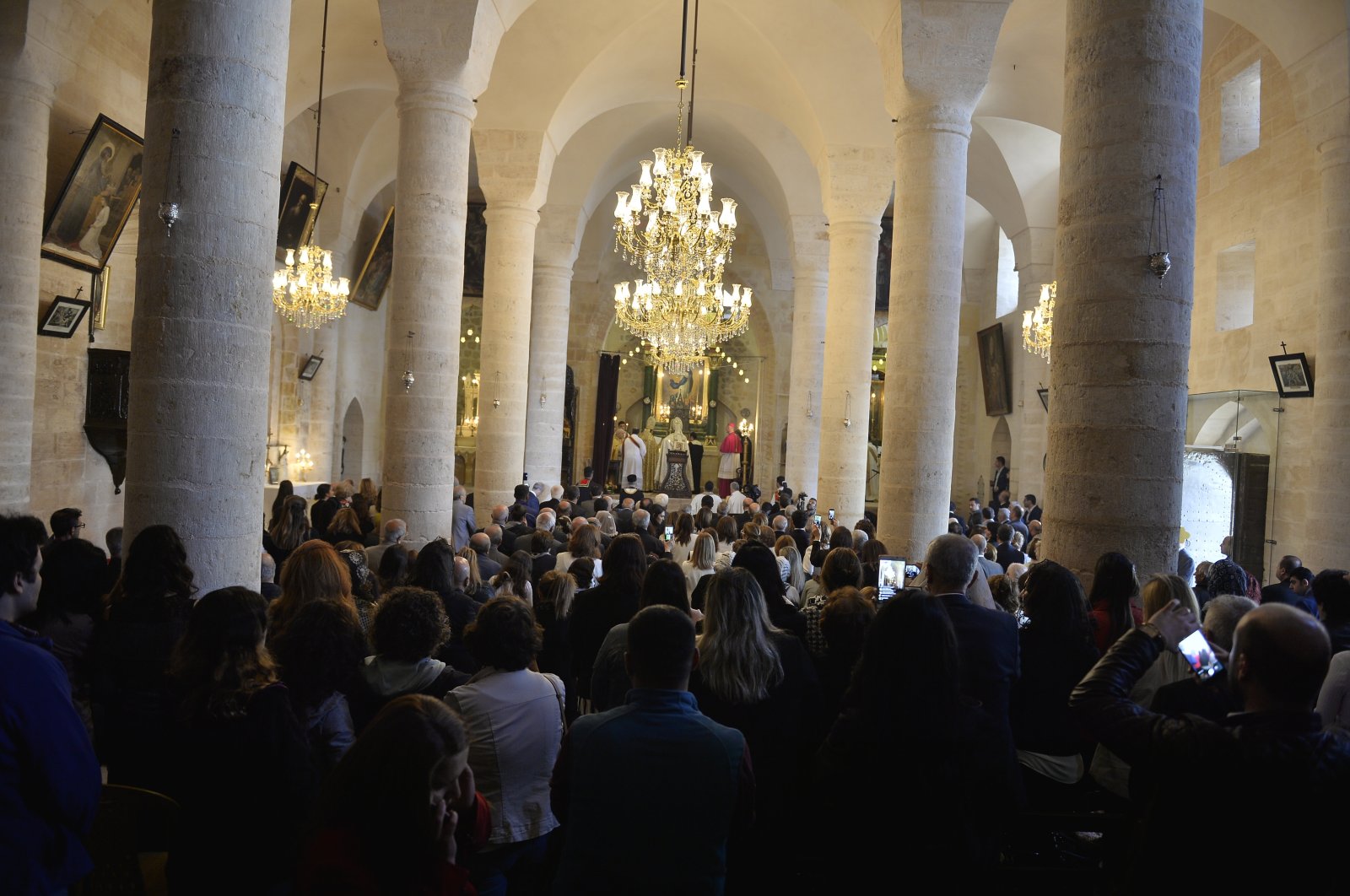 BY DAILY SABAH  ISTANBUL MINORITIES
Syriacs hold a rite in a church in Mardin, southeastern Turkey, July 28, 2018. (AA Photo)
The Archbishop of southeastern Mardin’s K?rklar Church called on the government to buy Mor Yuhanna Church, which is on the market for TL 7.25 million ($870,000), and open it for tourism.

The 1,700-year-old Mor Yuhanna Church, located in the Artuklu district of Mardin and used as a warehouse for many years, has been registered as a cultural asset by the Culture and Tourism Ministry in recent years. The church consists of two separate rooms and worship areas, as well as the tombs of three priests and three tunnels. The owner, Murat Aycun, put it up for sale for TL 7.25 million.

Archbishop Gabriel Akyüz said in a statement that the Syrian community would like that state to purchase the church and open it for tourism due to its historical and religious significance.

“We identified this church years ago and visited it many times. Ibrahim Aycun was the owner of the place. He handed it over to his youngest son, Murat Aycun. He (Murat) came to us and said that he wants to sell the church and asked us whether we are interested. Since we didn’t have the funds, we proposed he grant us the church so we can restore it and he would receive visitor fees for the next 10 years,” Akyüz said.

The archbishop said they received calls from different provinces asking for information about the church after Aycun put it for sale. He said that the historical place of worship has been used as a warehouse for years and was not in good condition.

“The Christian community has nothing to say about it. If we had money, we would buy it. The General Directorate of Foundations can buy it and introduce it to Mardin’s tourism. Know that it is a Syriac and historical church. We should not let it fall into other hands. It has been used as a warehouse until now, and others may use it for other purposes. It would be a pity for this church,” he said.

A largely Semitic-speaking people, the Assyrians inhabited the land around the Tigris River in Upper Mesopotamia, which covers modern-day northern Iraq, northeastern Syria, southeastern Turkey and the northwestern fringes of Iran. The Assyrians came to preside over a number of powerful empires and dynasties and contributed greatly to the land’s reputation as the cradle of civilization. Having given birth to the Sumerian, Akkadian and Babylonian empires, Assyria reached technological and scientific heights as well as cultural sophistication heights that were unrivaled for the time.