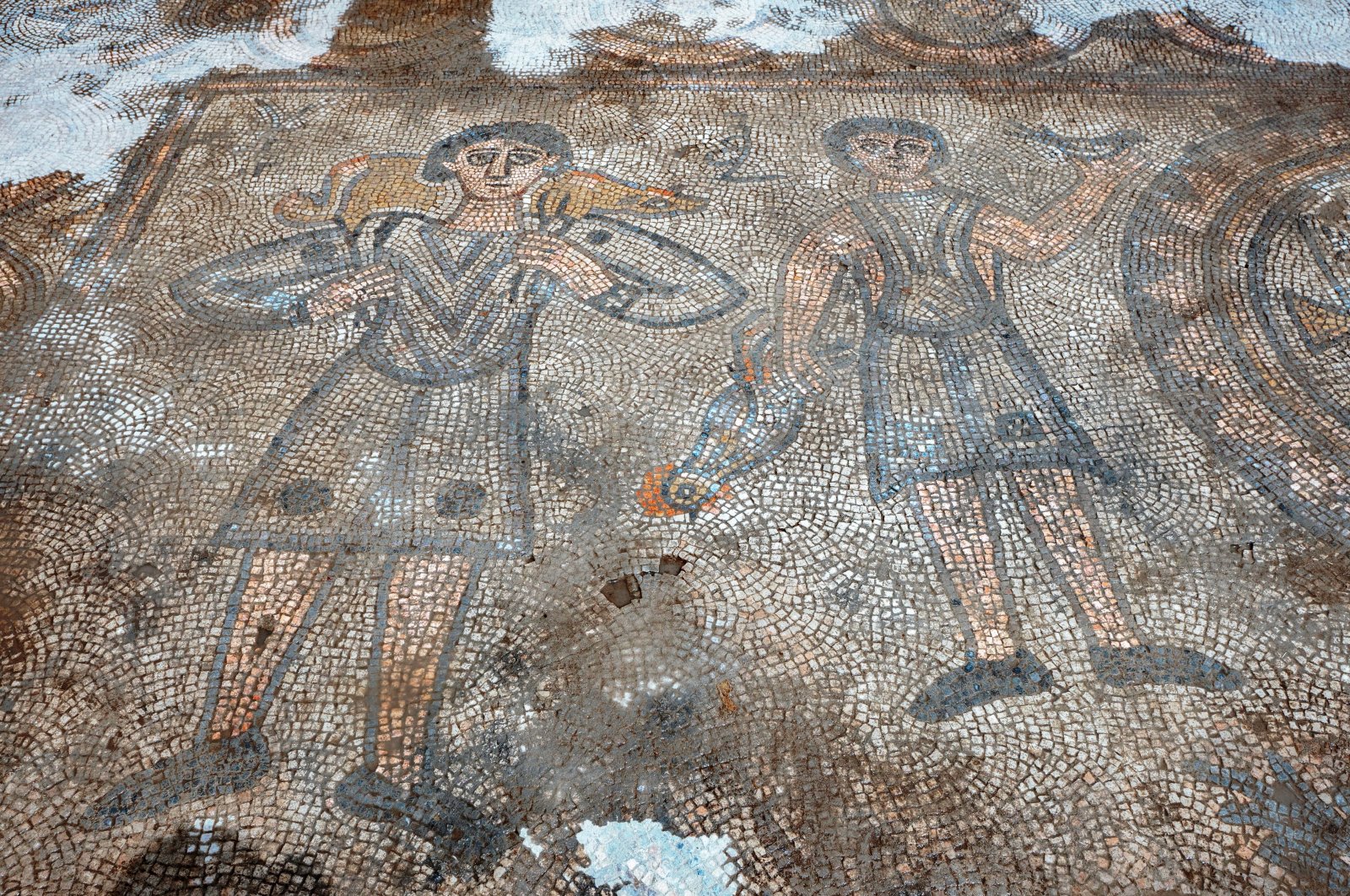 by Anadolu Agency
MARD?N Turkey
A view of one of the mosaics found at the church, in Mardin, southeastern Turkey, Sept. 22, 2020. (AA Photo)


Archaeologists in southeastern Turkey have launched excavations to unearth the mosaics of a 1,600-year-old church in the village of Gökta? in the southeastern Mardin province. Traces of the church were discovered on Sept. 18, 2019, with the area later being declared an archaeological site.

Abdülgani Tarkan, head of the excavation team and director of the Mardin Museum, told Anadolu Agency (AA) that the church took a basilica form with mosaic flooring.

The base of the church is inscribed with nine lines of Estrangelo, or Ancient Syriac, script, Tarkan said. “The mosaics also show depictions of animals, geometric shapes and human figures, as well as scenes depicting people hunting,” he said. “The months of April and June are also inscribed on the human figures.”

Tarkan said the church, built in 396 A.D, contained names of the spiritual figures who contributed to its construction. In the excavation area, archaeologists also discovered a number of liturgical works that, in Christianity, instruct on the correct order of church service and prayer.

Tarkan said the excavation area would be open to public after restoration work was completed.