Hungarian State Secretary for the Aid of Persecuted Christians/Hungary Helps program Tristan Azbej told Church Militant on Thursday that he “welcomed” Trump’s recent Executive Order on Advancing International Religious Freedom, calling it “an important step because of the increasing religious intolerance, which particularly affects hundreds of millions of Christians all over the world.” 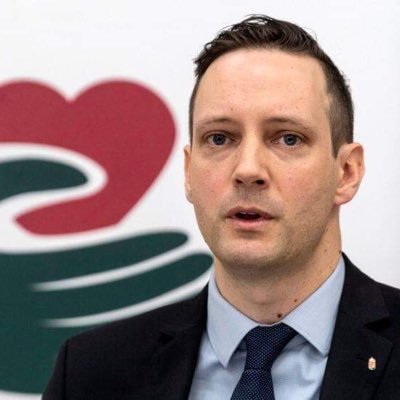 Referring to one of the key departments cited in the president’s order, Azbej said, “We at the Hungary Helps program are proud of our partnership with the USAID [United States Agency for International Development],” an agency Trump cites in his order.

Church Militant has reported on the efforts and successes of Azbej’s Hungary Helps program since it was established in 2017.

Middle Eastern and African Countries Supportive
Prelates from persecuted and war-ravaged nations in the Middle East and Africa — countries supported by the Hungarian secretary’s unique efforts — have also spoken out about the significance of the president’s order.

Chaldean archbishop Bashir Warda of Erbil, Iraq told the National Catholic Register that “Having directly experienced persecution, crimes against humanity and genocide because of our commitment to our faith, we are deeply grateful for the efforts of the [Trump] administration to maintain an international focus on this issue.”

Christians and Muslim converts to Christianity suffer persecution and death in Iraq. Open Doors ranks the level of persecution as “very high” and reports that “Christians are dealing with a drastic reduction in their population since ISIS began their attacks, along with trauma for those believers who have stayed in their country.”

Having directly experienced persecution, crimes against humanity and genocide because of our commitment to our faith, we are deeply grateful for the efforts of the [Trump] administration to maintain an international focus on this issue.Tweet
Syriac Catholic Patriarch Ignace Joseph III Younan spoke of the “courage” of President Trump and told the Register he hoped the order would extend to the defense and preservation of civil rights, job creation and promotion of religious dialogue.

Compatible with the goals of Hungary Helps to repatriate refugees to their homelands, the patriarch posted recently he also firmly hoped that effective “humanitarian programs” referred to in the executive order, would “ensure the survival of my community … in order to stay rooted in their ancestral homeland.”

President Trump’s order effectively put the persecution of Christians and other religions “on the front burner,” Nigerian bishop Matthew Hassan Kukah of Sokoto told the National Catholic Register. He added the move he says is especially welcome “in the face of the crippling secularism that is trying to push religious identity to the sidelines.”

In December 2019, almost a dozen Christian hostages were beheaded in Nigeria, allegedly in retaliation for the death of Abu Bakr al-Baghdadi, the Iraqi-born leader of the Islamic State of Iraq and the Levant, who killed himself along with two children when he sought to evade U.S. forces earlier in the year.
Setting a Strong Priority Worldwide
Trump’s executive order declares that “America’s first freedom is a moral and national security imperative,” and that “Religious freedom for all people worldwide is a foreign policy priority of the United States, and the United States will respect and vigorously promote this freedom.”

Religious freedom for all people worldwide is a foreign policy priority of the United States, and the United States will respect and vigorously promote this freedom.Tweet
Moreover, it mandates training in religious liberty for all state department employees.

Observers have called out Gregory for lying by saying he was “baffled,” as he knew about the president’s plan to visit the shrine — indeed was invited to join the president in prayer — a week before. 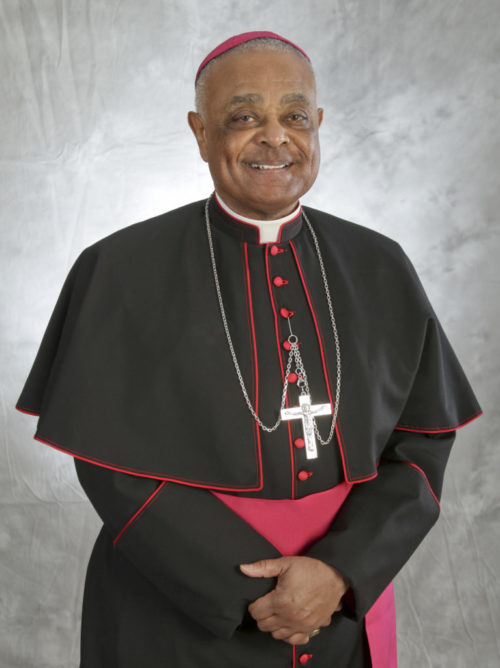 Abp. Wilton Gregory
A statement from the White House to Church Militant makes this clear: “Abp. Gregory received an invitation to the president’s event at the Saint John Paul II Shrine the week prior to the president’s visit. He declined due to other commitments.”

Likewise, subsequent media reports also show the invitation from the Knights of Columbus for the presidential visit had been issued months prior, something to which Gregory was also privy.

Hungary Cites Global ‘Security’ Challenge
Hungary’s Azbej has “sadly” reported that “Christianity is the most persecuted religion, all over the Earth.” “Eighty percent of the people who are persecuted for their faith in the world are Christians,” calling the global persecution of Christians “one of the greatest security challenges in the world today.”

These troubling numbers motivated the Hungarian government to launch its programs which are tasked to provide direct support for the persecuted Christian communities and to raise domestic and international awareness of the issue.

Azbej and his boss, Hungarian prime minister Viktor Orbán, are committed to relocating refugees displaced by persecution and war back to their homelands.

“We, Hungarians, want Syrian, Iraqi and Nigerian Christians to be able to return home to the land that their ancestors have inhabited for hundreds of years as soon as possible. This is what we call Hungarian solidarity,” the prime minister said in 2017 in Budapest during an international conference on persecuted Christians.