From Australia to the Americas, services and events have been taking place to mark one of the holiest days in the Christian calendar. Here are some of the best images from around the world. 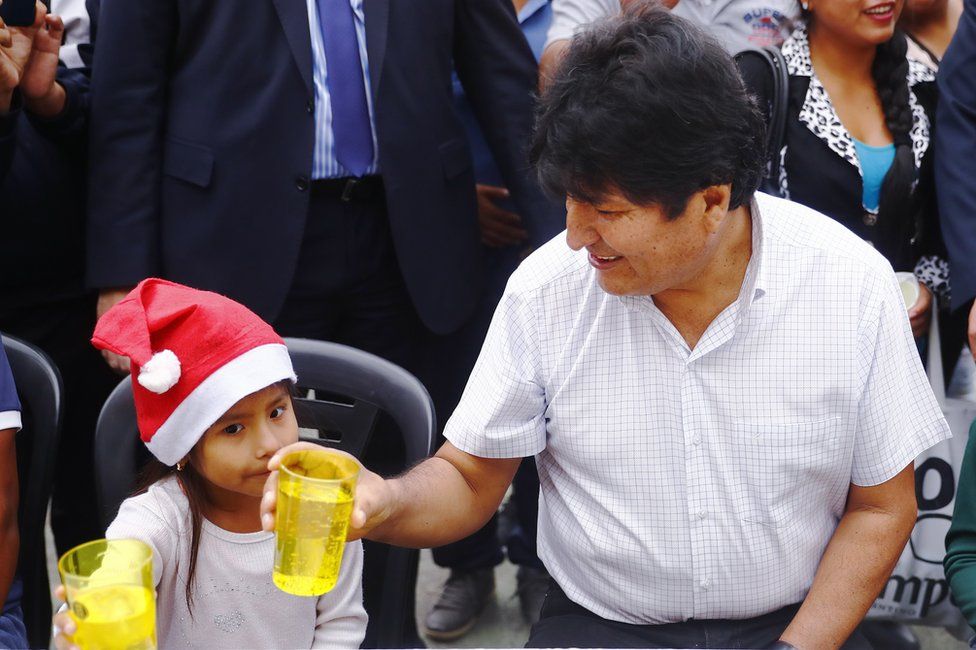 Image copyright Getty Images
The exiled former President of Bolivia, Evo Morales, has a Christmas breakfast with members of the Bolivian community of the Argentine capital, Buenos Aires. 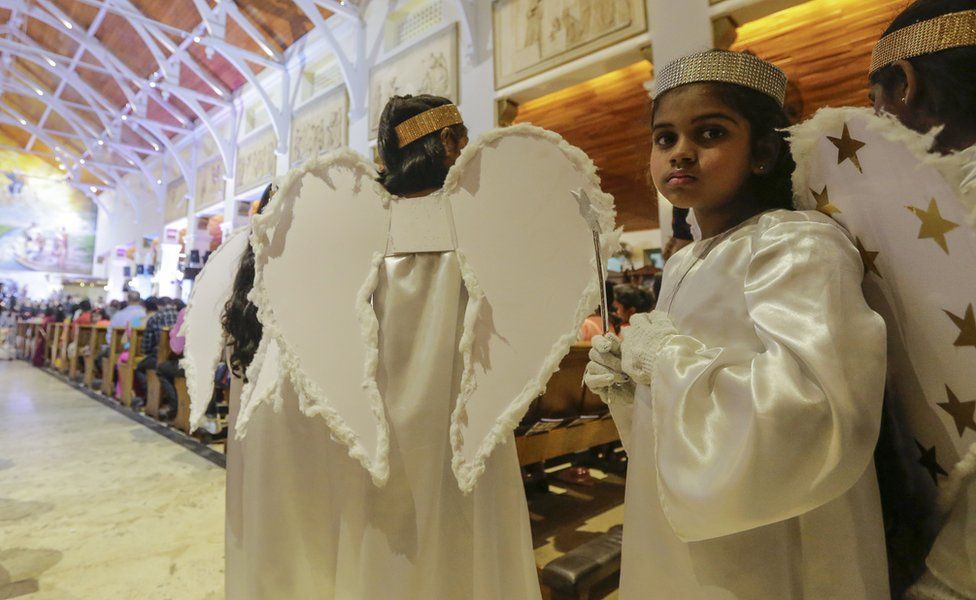 Image copyright EPA
Sri Lankan Catholic children dressed up as angels at St Anthony’s Church. On Easter Sunday, the church was the first of three to be targeted by suicide bombers – 54 people were killed here, and more than 300 across the country. 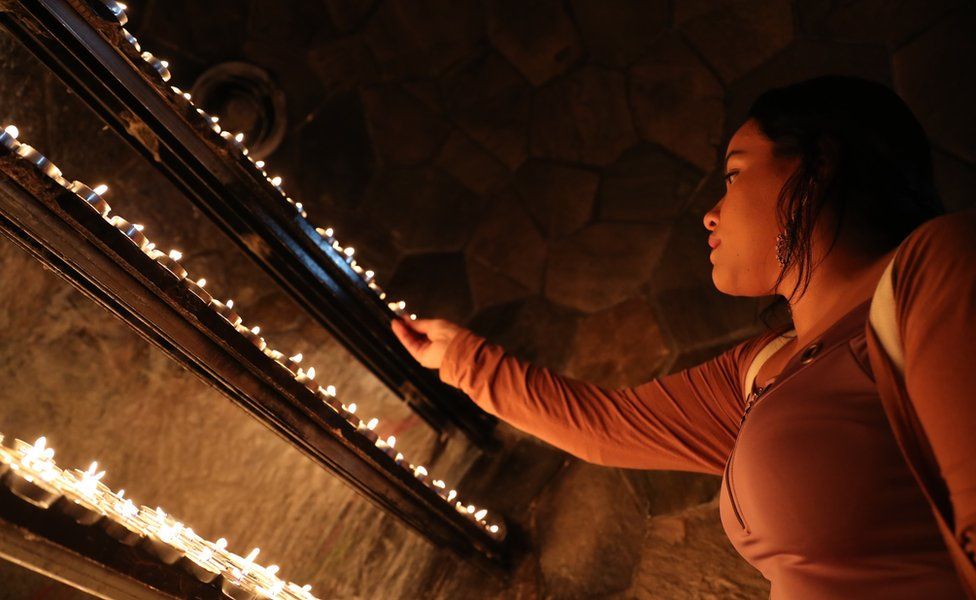 Image copyright EPA
A worshipper lights a candle at St Joseph’s Cathedral. The UAE has a vibrant Catholic community, with Filipinos making up more than 5% of the population. 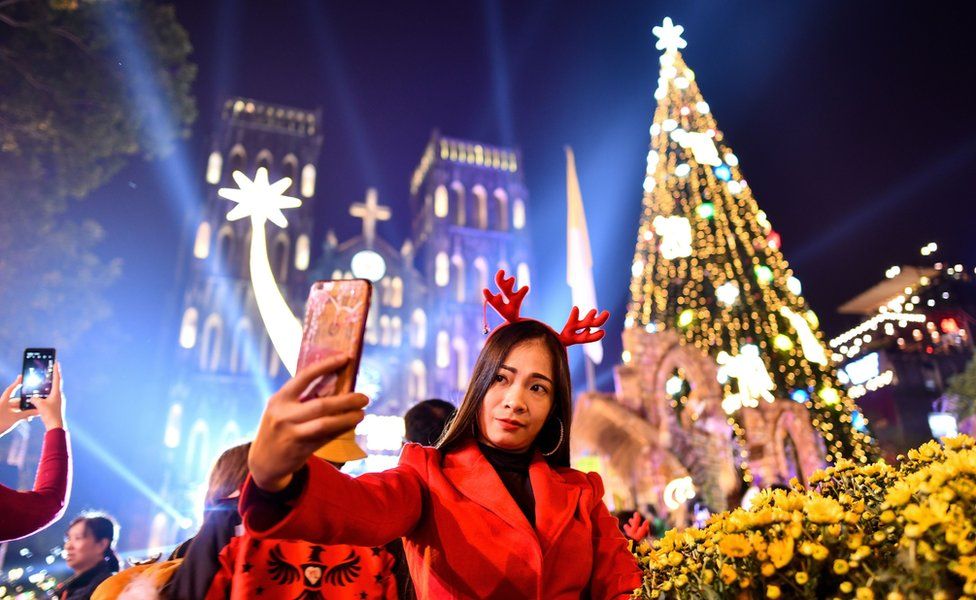 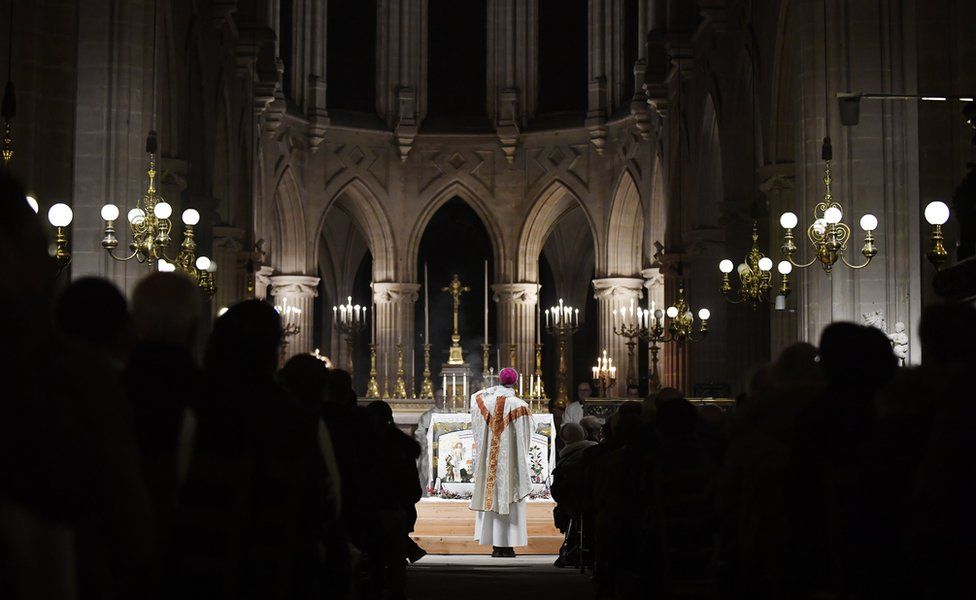 Image copyright EPA
Bishop Philippe Marsset leads a midnight Mass at the Saint Germain l’Auxerrois church. For the first time in more than 200 years, Christmas Mass was not held in Notre-Dame cathedral after the devastating fire there in April. 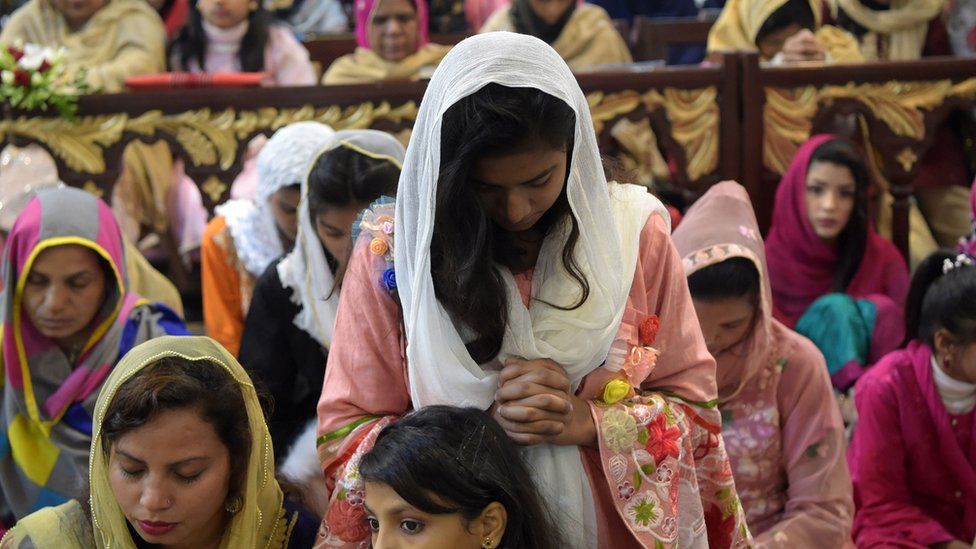 Image copyright AFP
Worshippers attend prayers at Peshawar’s St Johns Cathedral Church. Christians make up about 1.6% of Pakistan’s population and, like other religious minorities in Muslim-majority Pakistan, have been the target of escalating attacks in recent years. 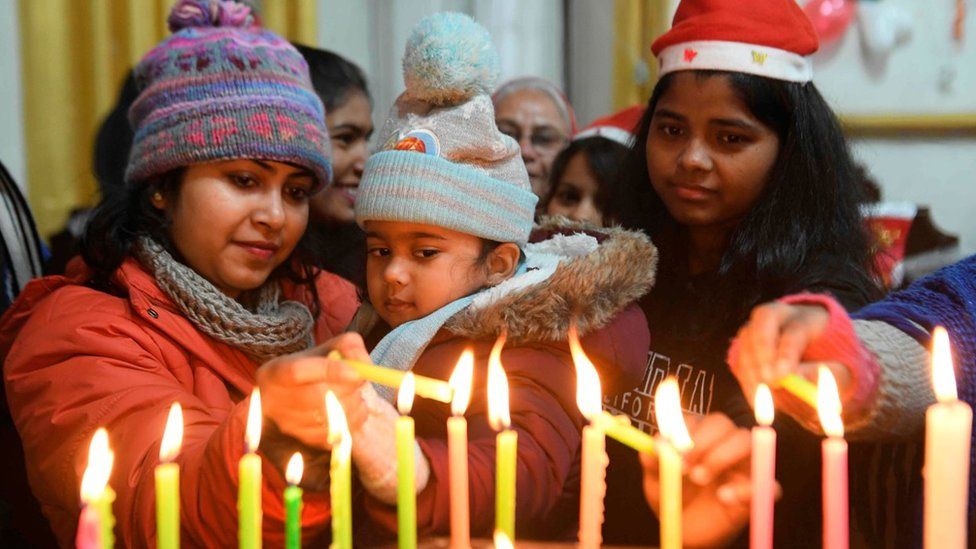 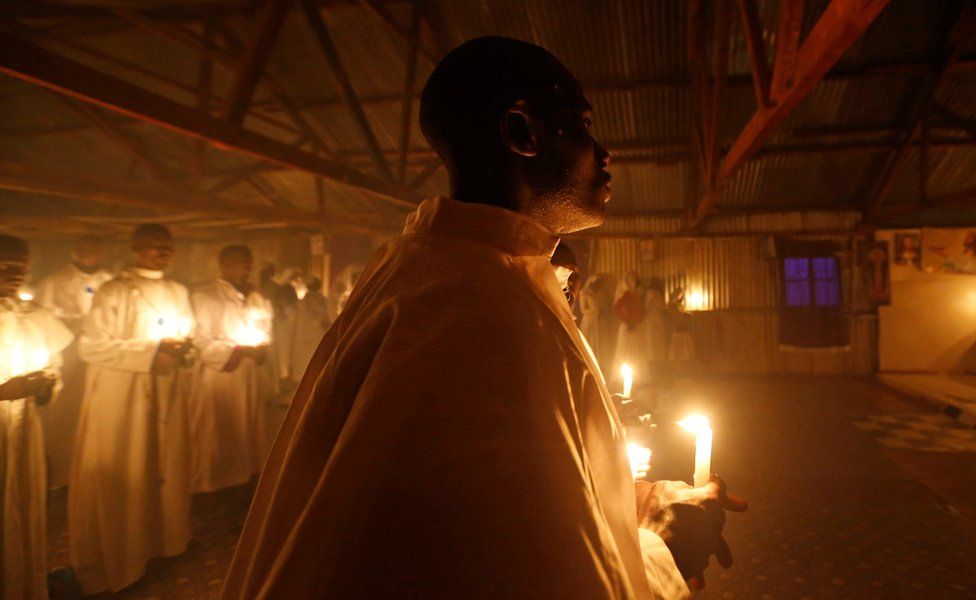 Image copyright Reuters
Mass is held at midnight in the Fort Jesus area. 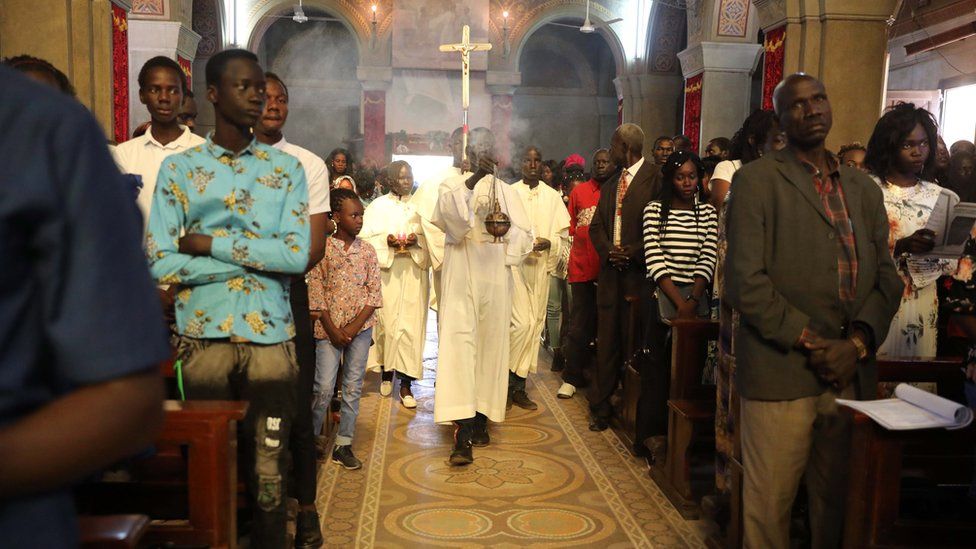 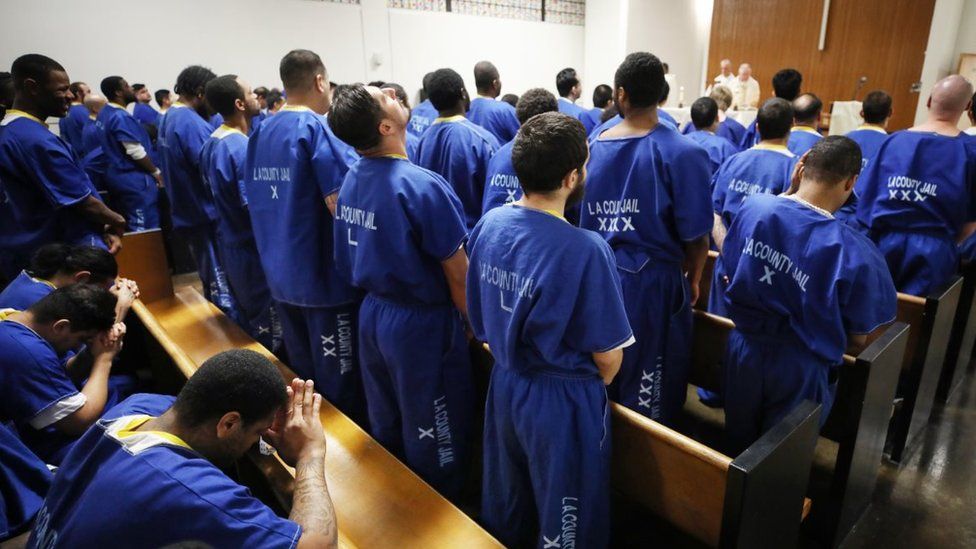 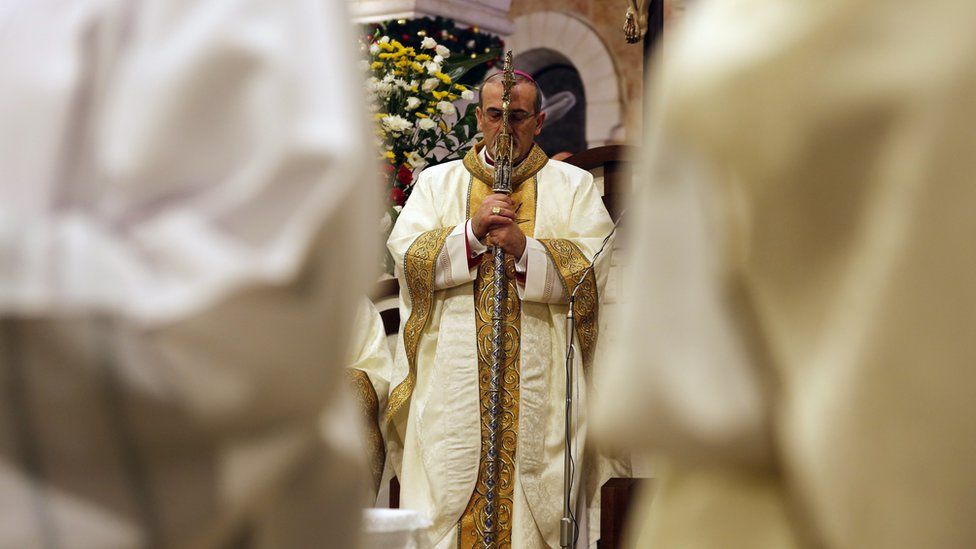 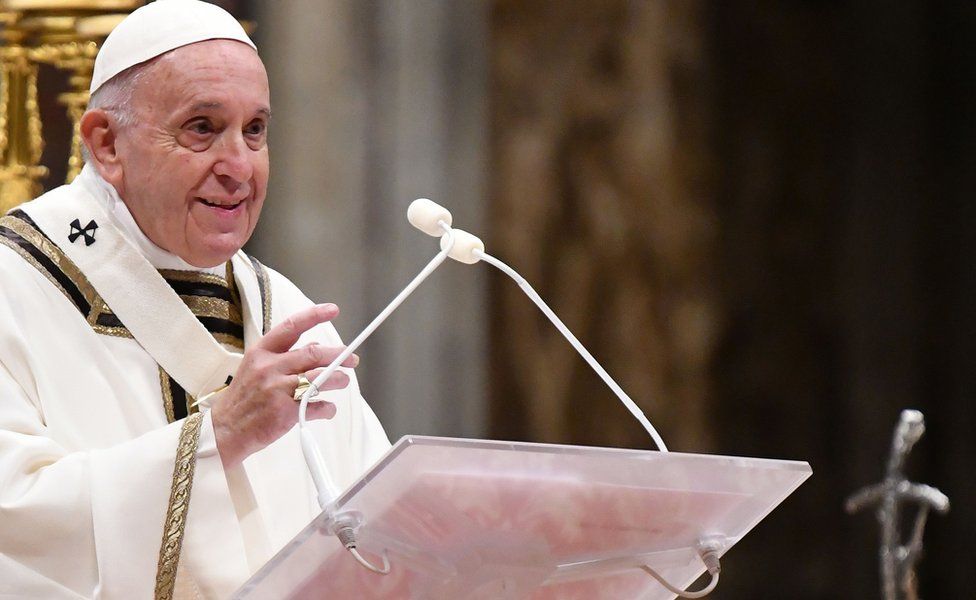 Image copyright AFP
In his seventh Christmas Mass, Pope Francis said God loved “even the worst of us”, a message likely to be interpreted as a reference to Church scandals. 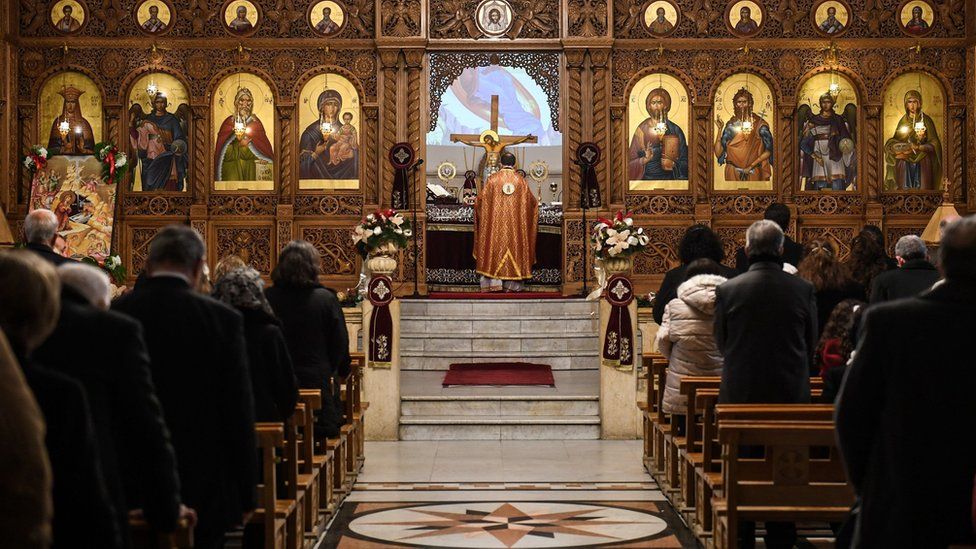 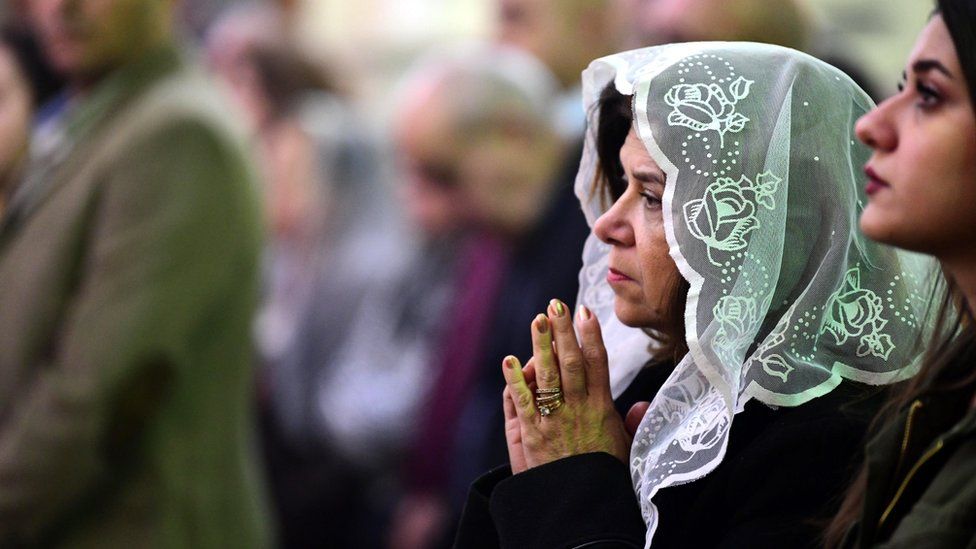 Image copyright EPA
In Iraq, Christians attend a Christmas Mass at the St George Anglican Church as anti-government protests, which started in October, continue. One estimate says the Christian community in the country has fallen from about 1.5 million in 2003 to just 250,000 as many have fled. 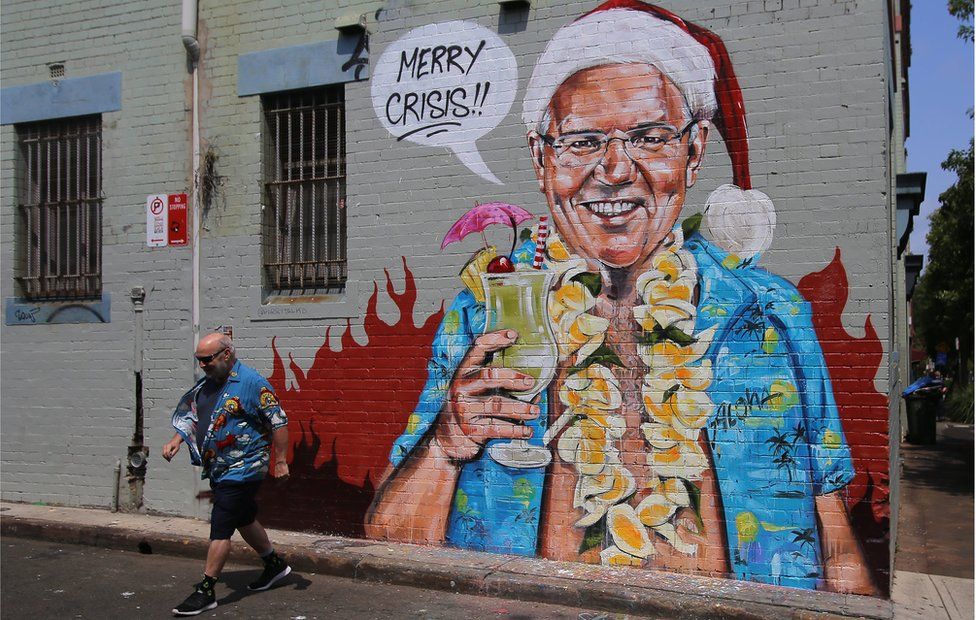 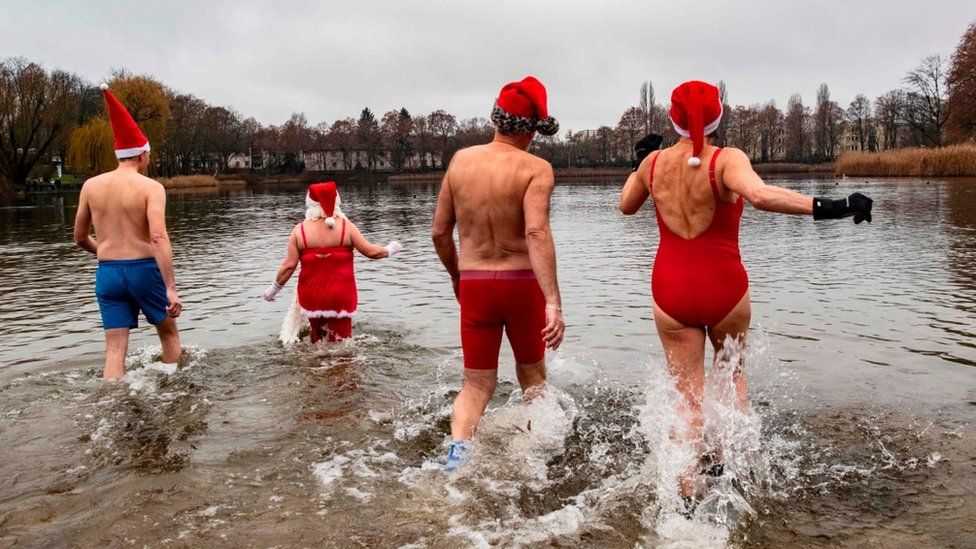 Image copyright AFP
In the German capital, members of the Berlin Seals swimming club took their traditional Christmas dip in the Orankesee lake. 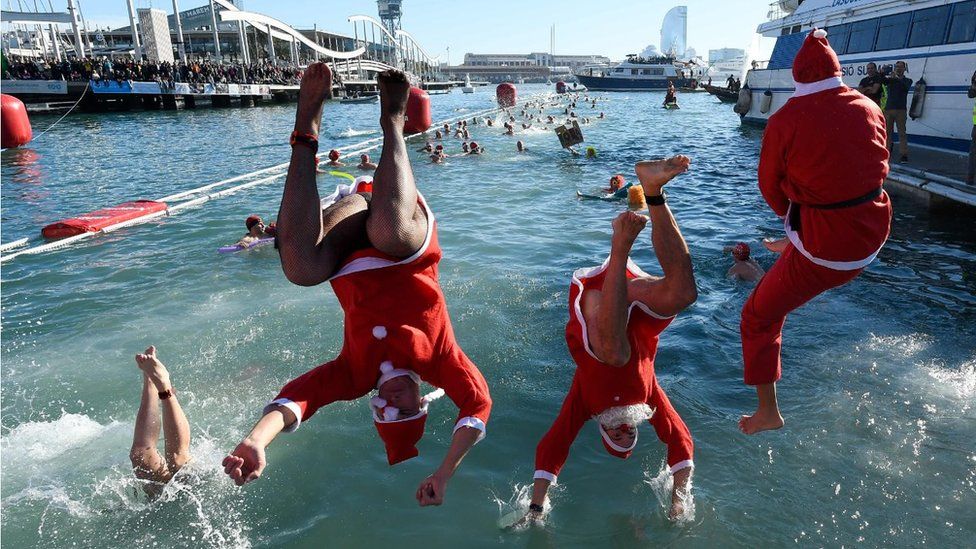 Image copyright AFP
Christmas revellers also took to the water in Barcelona for the 110th edition of the “Copa Nadal” (Christmas Cup) swimming competition – where hundreds gather at the city’s old harbour to race 200m.