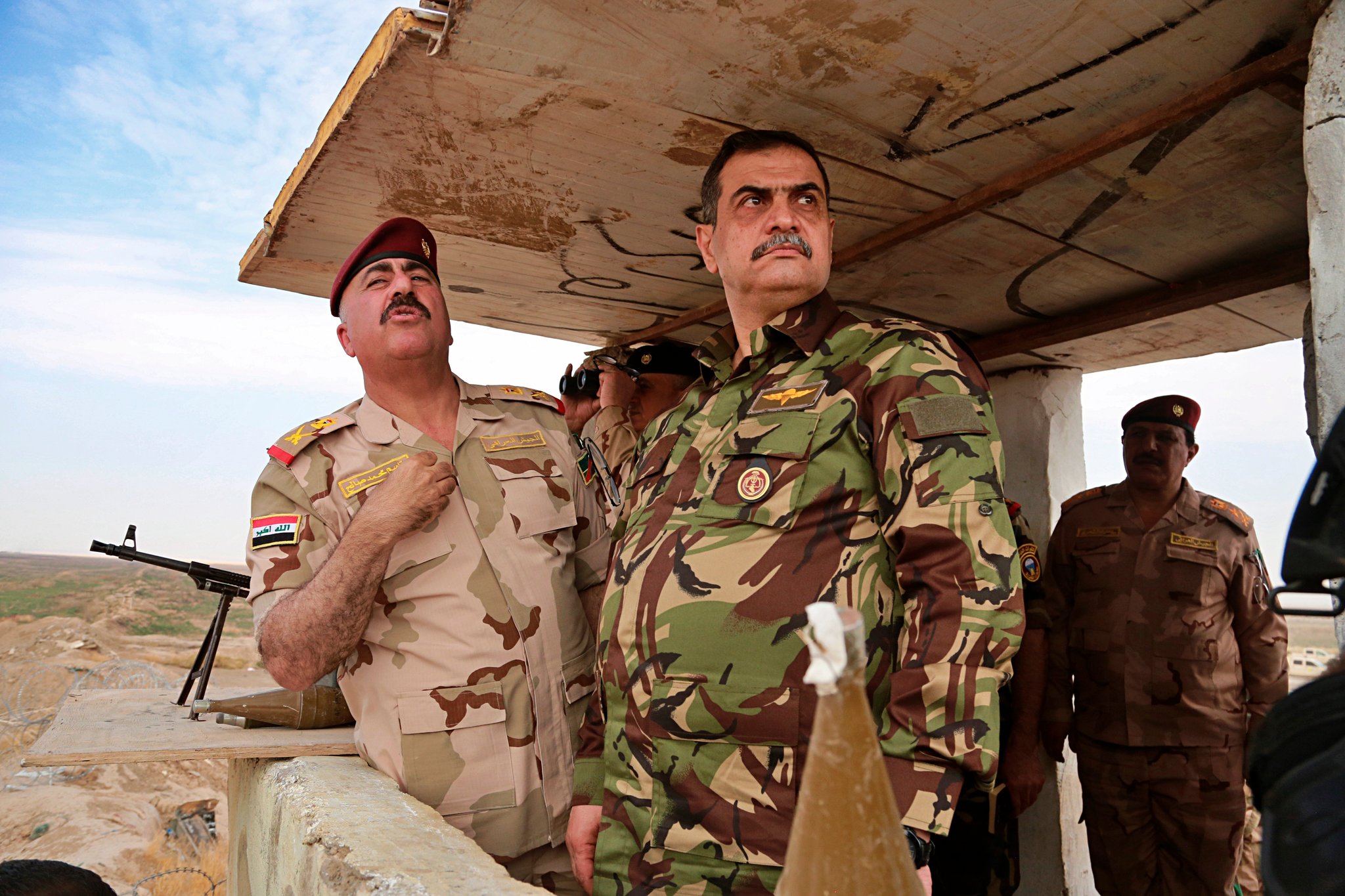 Iraq’s defense minister is under investigation for crimes against humanity and for claiming Swedish social benefits while he was living in Iraq.Najah al-Shammari, center, Iraq’s defense minister, at a security check point last month.Credit…Hadi Mizban/Associated Press
By Alissa J. Rubin and Christina Anderson

BAGHDAD — Sweden has opened three investigations into Iraq’s defense minister, including looking into the possible commission of crimes against humanity.

The defense minister, Najah al-Shammari, a major general who was an officer under Saddam Hussein, holds dual citizenship in Iraq and Sweden, and the other investigations involve possible benefits fraud in Sweden and the breaking of Sweden’s registration laws, which require people to register where they live.

“The accusations leveled at him are serious, and now the Swedish authorities are trying to bring clarity to them,” said Annika Soder, Sweden’s state secretary for foreign affairs.

Mr. al-Shammari, 52, who has been serving in his current job since June, denied the allegations in a statement released earlier this week.
Sign up for The Interpreter
Subscribe for original insights, commentary and discussions on the major news stories of the week, from columnists Max Fisher and Amanda Taub.

He blamed a conspiracy perpetrated by unnamed “sides” — a term often used in Iraq to denote other countries or political blocs. His statement did not discuss either the investigation into possible benefits fraud or registration fraud, but rejected claims that he had committed crimes against humanity.

A Swedish newspaper, Aftonbladet, said there had been complaints from a Swedish woman with Iraqi roots that, in his position as defense minister, Mr. al-Shammari was responsible for the killing and wounding of Iraqi protesters in the continuing demonstrations in Iraq.

Unlock more free articles.
Create an account or log in
More than 330 protesters have been killed and about 15,000 wounded since the protests began on Oct. 1.

In his statement rebutting the allegations, Mr. al-Shammari took pains to assert that he was not responsible for either the use or the purchase of the 40-millimeter tear gas canisters that have been shot directly at protesters as if they were bullets and in some cases lodged in their heads, causing a slow death.

He also said he supported the right of Iraqis to express themselves.

“The defense minister stands with the demonstrators and their legitimate demands and their constitutional right in demonstrating and protesting,” he wrote in his statement.

During the initial week of protests, Defense Ministry soldiers were responsible for killing a number of the approximately 100 people who died. But since then, the military is thought to have been mostly restrained and appeared to be trying to avoid the use of lethal force.

While the Iraqi military played an important role in the early days of the protests, it was certainly not the only branch of the security forces responsible for using excessive force.

Both during the initial days of the protests and since there have been multiple other security forces involved in the sometimes violent responses. The Interior Ministry, as well as special forces responsible for protecting the Green Zone in Baghdad, have also been involved in some of the more aggressive tactics.

Regardless of what role Mr. al-Shammari played in the response to the protests, he could only be tried for crimes against humanity if he returned to Sweden, and he would have to do so voluntarily because there is no bilateral extradition treaty between the two countries, according to Pal Wrange, an international law expert at Stockholm University.

As for the other possible charges against Mr. al-Shammari in Sweden, the Swedish authorities have said little about them.
Editors’ Picks

Driven From Manhattan, a Couple Consider Westchester. Which Place Did They Choose?


Jan Granqvist, who works in the fraud division of the Stockholm Police, on Monday told SVT, Sweden’s public broadcaster, that Mr. al-Shammari is being investigated for possibly committing benefits fraud.

Benefits fraud could include any of a number of different social welfare benefits given to Swedish citizens, like a $130 monthly allowance for each child and disability payments. If Mr. al-Shammari broke the rules for receiving such benefits, he would be responsible for paying back the Swedish government.

Mr. al-Shammari is also being investigated for breaking the national registration law, Mr. Granqvist said. He could run afoul of Swedish rules if he told the Swedish Tax Authority that he was living at an address in Sweden when he was mostly working in Iraq.

Like a number of Iraqis, Mr. al-Shammari immigrated to Sweden with his family, first applying for residency in 2009 and becoming a permanent resident about two years later. He was given a Swedish passport in 2015.