By Tracy Samilton
The 6th Circuit Court of Appeals in Cincinnati has thrown a last-minute monkey wrench into the ongoing legal battle by the ACLU and Miller Canfield to free Iraqis living in the U.S. who were rounded up by Immigration and Customs Enforcement agents in the summer of 2017.

The appeals court issued an opinion on the government’s appeal, saying a federal district court judge had no authority to intervene in the government’s deportation plans for up to 1400 Iraqis in the U.S. with final orders of deportation. Two of the three judges said a federal district court has no authority to issue rulings on class action cases, as this was, and the Iraqis’ claims should remain solely in the immigration court system.

The opinion will not become final for six weeks. Attorneys for ICE and the ACLU met this afternoon with federal judge Mark Goldsmith, who ordered ICE to release the few Iraqis it still has in detention – because the appeals court ruling is not yet in effect.

ICE also agreed not to take the released Iraqis back into custody until the appeals court ruling is final.

Listen
Listening…
4:28
The last of 350 Iraqis who were rounded up beginning in summer, 2017 are being released after the government lost a lawsuit seeking to detain them indefinitely. Lead plaintiff Sam Hamama tells his story. 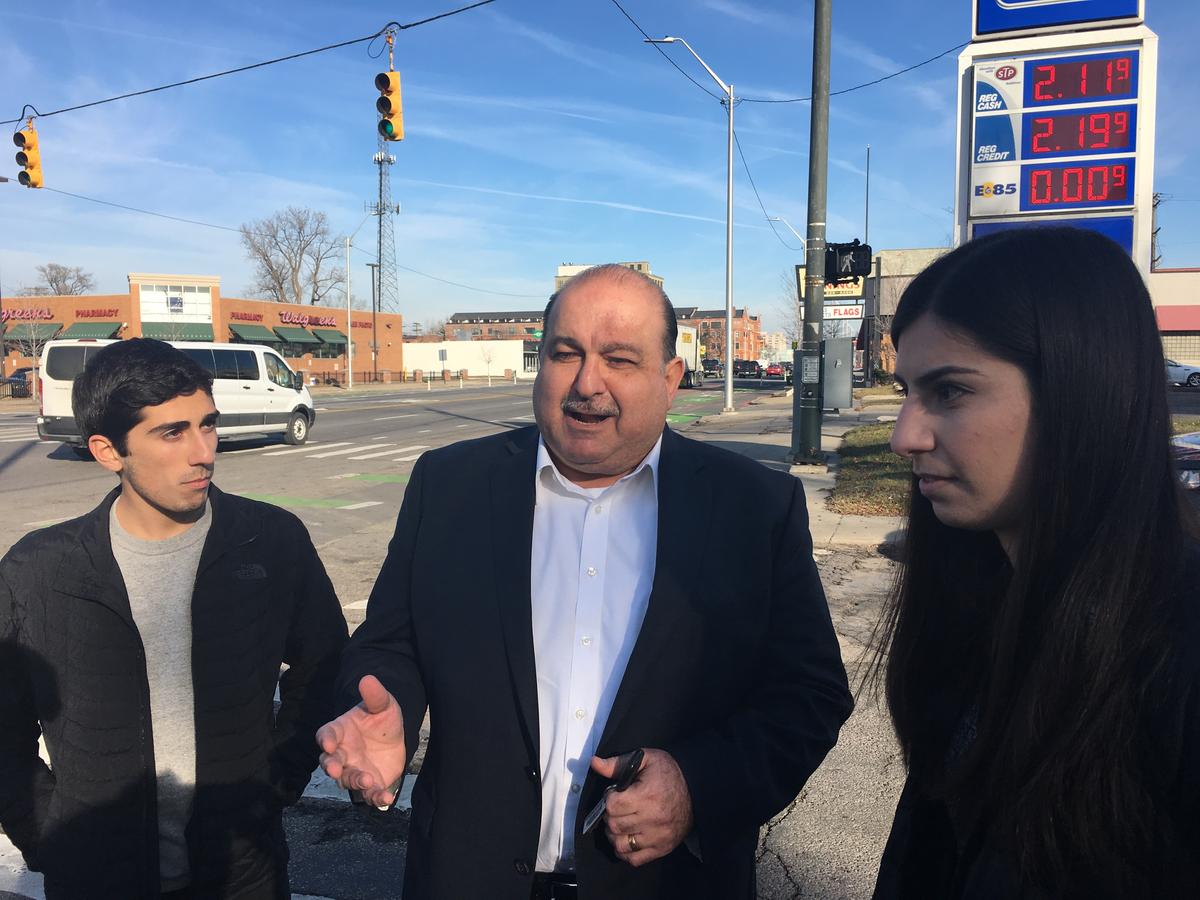 Thursday, December 20 is the deadline for Immigration and Customs Enforcement to release the last of about 350 Iraqis. Some of them have been imprisoned since the summer of 2017.

Many are Chaldean Christians, like Sam Hamama. He was the lead plaintiff in the lawsuit that won his own and the others’ freedom.

Hamama and his daughter Brittany and son Christopher meet with Miller Canfield attorney Wendy Richards at the ICE field office in Detroit, for a Facebook Live video. It’s a symbolic place.

“In general, what this has done for our family, is made us much stronger,” says Hamama, children by his side, “and brought us together closer because you just can’t take things for granted anymore.”

Hamama and other Iraqis who committed crimes or overstayed visas might have gotten deported years ago. But they got deferrals, because Iraq refused to accept them.

That appeared to change when President Trump took office.

The administration claimed to have a deal with Iraq. That country would accept the deportees. And in exchange, Iraq would come off the list of countries whose citizens were barred from entering the U.S.

But it’s not clear there really was a deal. ICE confirmed in the spring of 2017 that a small group of Iraqi nationals was flown out of the U.S. Agents rounded up and detained more Iraqis. But they sat in detention.

Hamama became the lead plaintiff in the lawsuit to free the Iraqis from detention. He says he has a lot of things to be grateful for this Christmas.

“Miller Canfield, and ACLU, on top of my list,” he says, smiling. “God bless you guys, God bless you for what you did for us. I would not be standing here today if it wasn’t for you.”

“And we said goodbye as if we would never see him.” – Brittany Hamama, daughter of Sam Hamama.

Hamama says the worst thing about the ordeal was the effect it had on his kids.

His daughter Brittany says the day he was detained started out like a normal Sunday.

“We were actually laughing and joking, sitting on the couch and then we heard a banging on the door,” she says.

The people banging were ICE agents. They told Hamama he needed to meet with the Iraqi ambassador, who was in Detroit. Just a routine meeting.

“The officer … reassured my mom, and said, you know, you’re gonna get a call tomorrow to pick him up.”

Sam Hamama chimes in. “Yeah, but when they said take your belt off, take your ring, take any jewelry off….”

That’s when they knew this was not routine.

Brittany Hamama says she called her sisters, who were still upstairs. “And we said goodbye as if we would never see him.”

ICE sent many of the Iraqis to county jails. Hamama spent nine months in St. Clair County Jail. But the ACLU says county jails aren’t designed for long term stays. So, many people spent 23 hours a day in a tiny cell.

It was more demoralizing than “normal” jail time – because the Iraqis had no idea how long they’d be incarcerated.

“The agency is deeply concerned that we are being forced to release serious convicted criminals.” – Statement from acting executive associate director for ICE Enforcement and Removal Operations Nathalie R. Asher.

Hamama says he understands that some of the people ICE rounded up did worse things than he did. In 1986, he threatened someone with an unloaded gun in a road rage incident. He spent two years in prison. “Worst mistake of my life,” he says. Of the others who were rounded up, he says:

“I think some of ’em are great people, and some of ’em could be not as good, but you know, in this country I just think you deserve a second chance.”

ICE says it is complying with the judge’s order, but it’s “deeply concerned that it is being forced to release serious convicted criminals.”

But Miller Canfield attorney Wendy Richards says the Constitution is very clear. The government cannot indefinitely detain anyone, U.S. citizen or foreign national, after their sentence is served.

“There are people in this group who are not criminals,” she adds. “They’re people who overstayed their visas.  They may have filled out paperwork improperly, or missed an appointment with ICE.”

Richards says the releases took much longer than they should have because government attorneys lied about the negotiations with Iraq.

The federal judge in the case agreed, issuing a scathing rebuke of their delay tactics.

Some of those being released have been imprisoned for a year and a half. Hamama himself was released after nine months.

“It’s a beautiful day, it really is, it’s really Christmas,” he says at the end of the video.

About 23 Iraqis will remain in detention at least for a while after Thursday. For most, that’s because the judge said the government could detain people for up to six months, and some of them haven’t hit that limit.

For the rest, they’re finally back with their families, back in their communities. But it’s a bittersweet homecoming. Many will be dealing with the repercussions of trauma, lost jobs, lost homes, for years to come.