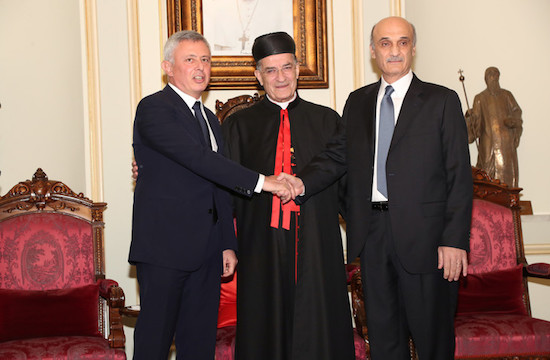 Maronite leaders sign a document to ‘move on towards new horizons in their relations at the human, social, political and national levels’
Malo Tresca Lebanon
Cardinal Bechara Rai with Sleimane Frangié, leader of the Marada Brigade, and Samir Geagea, former member of the Christian Phalange militia, on Nov. 14. (Photo by Aldo Ayoub/Handout via REUTERS)

Under the glare of national TV cameras, two former “enemy brothers,” heads of Maronite factions in Northern Lebanon that fought each other bitterly during their country’s civil war, shared a historic handshake on Nov. 14.