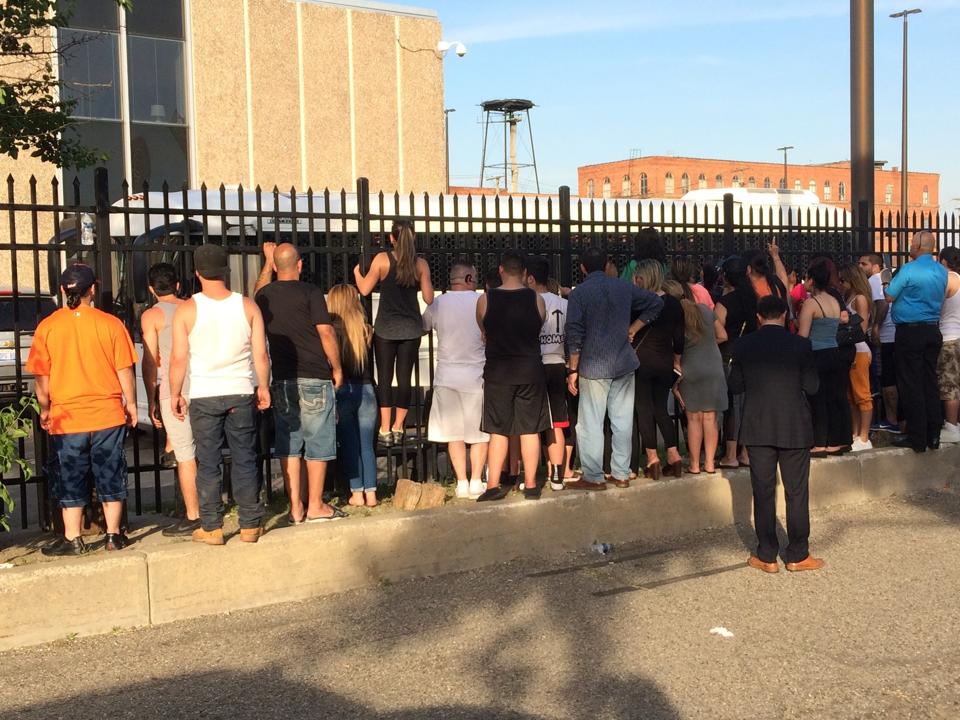 By Gus Burns fburns@mlive.com
A federal judge on Wednesday, Aug. 22, gave Immigration and Customs Enforcement a warning regarding the treatment of Iraqis being detained in Battle Creek’s Calhoun County Jail.

The claims arose in connection with a class-action lawsuit filed by the American Civil Liberties Union against ICE Director Rebecca Adducci on behalf of nearly 1,400 Iraqis — including about 300 from Metro Detroit — targeted for deportation during mass immigration sweeps that took place across the nation last year.

A federal judge on Wednesday, June 20 banned immigration agents and jailers from using threats or coercion to compel Iraqi detainees to sign statements of voluntary deportation.

As of June, ACLU Senior Staff Attorney Miriam Auckerman said nearly 130 of about 300 detainees jailed during the 2017 sweeps remained behind bars.

Each of the Iraqi detainees had been ordered deported years ago, according to ICE, but were allowed to stay in the U.S. under ICE supervision because of the dangers they could face in Iraq, particularly for religious minorities.

The immigration sweeps came, according to ICE officials, as a result of a March 2017 deal between the U.S. and Iraq in which the war-torn Middle Eastern nation agreed to begin taking back immigrants ordered removed from the U.S.

More than 300 Iraqi natives living in Metro Detroit, and hundreds more across the country, have been detained since Immigration and Customs Enforcement agents conducted a massive sweep last summer.

ICE was requiring detainees to sign statements indicating their “desire to return voluntarily to Iraq” prior to clearing them for deportation, and in some cases threatening more or indefinite jail time if they refused to sign waivers waiver, ACLU attorneys said in an emergency court document filed June 13.

Goldsmith responded in June by banning ICE, as well as all Calhoun County Jail personnel, from making such threats or even discussing the lawsuit or individual immigration cases with Iraqi inmates.

But the ACLU alleged in July that the practices had not ceased.

Goldsmith’s order said there is “substantiation of the allegations” regarding ongoing threats and forbidden discussion of immigration cases “that appears to be an attempt to undermine the court’s prior orders on removal.”

The ACLU also argued that detainees were being unfairly punished with solitary confinement, sometimes for “fabricated or completely nonexistent reasons.”

Two examples provided include a prisoner who was punished with solitary confinement for removing his shirt, and another for standing on a jail cell toilet to kill a spider.

‘I would like my dad back,’ says daughter of detained immigrant after 114 arrests

The Hamama family was preparing to go to church on the morning of Sunday, June 11, until they heard a pound on the door.

Goldsmith ordered ICE to once again instruct jail personnel to follow his June order regarding discussion of the immigration case and making threats to the Iraqi inmates.

He’s also ordered ICE to provide ACLU attorneys a list of inmates who have been sent to solitary confinement, the dates of their stays and the basis for their segregation by Aug. 31.

Before Sept. 7, both parties are ordered to submit briefs addressing whether segregation violates ICE policy, jail policy or Goldsmith’s prior orders.

The ACLU in previous court filings referred to government efforts to eject the Iraqis from the U.S. as “death deportations.” ACLU lawyers argue the Chaldean Christians, who say they fled persecution in Iraq due to their religious beliefs, may be harmed or killed if they are sent back to Iraq.