Image copyright AFP/Getty
Image caption Women voting in Batroun, to the north of Beirut
Lebanon has held parliamentary elections for the first time in almost a decade.
The last elections in the country were in 2009, for what was supposed to be a four-year term.

But parliament extended its term twice due to instability in neighbouring Syria, and to reform the country’s electoral laws.

It changed the voting system, reduced the number of districts, and allowed expatriate voting for the first time.

Hezbollah, the armed group considered a terrorist organisation by the United States and others, is seeking to increase its parliamentary representation.

Voting for all 128 seats was supposed to close at 19:00 local time (16:00 GMT), however it was extended by an hour at some polling stations.

Official results are not expected until Monday or Tuesday. 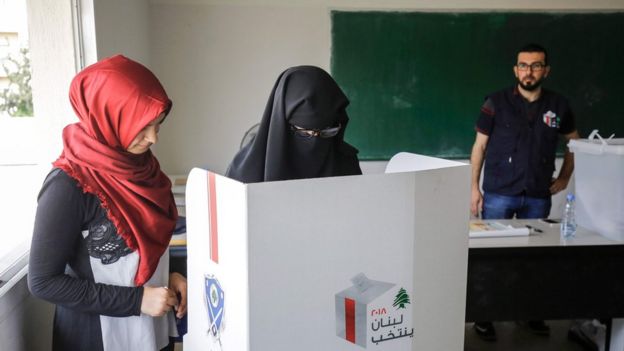 Tens of thousands of Lebanese citizens living aboard already cast their votes earlier this week – the first time such expatriate voting has been allowed.

The change is down to the new electoral system being used.

It reduces the number of districts, and uses a list-based proportional system for voting, with seats distributed among the various Christian and Islamic groups.

Lebanon has long had a power-sharing political system between the different religious denominations. The number of seats in parliament is split between Christians and Muslims, and the president, prime minister, and speaker of the parliament must each come from a specific religious background.

Current Prime Minister Saad al-Hariri caused a significant political crisis in November, when he fled the country for Saudi Arabia, announcing his resignation in a televised address in which he said he feared an assassination attempt. 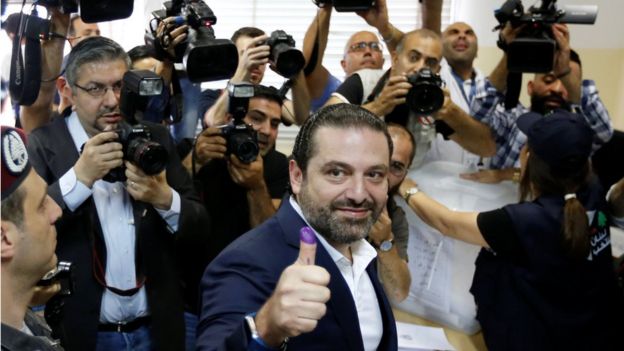 He “suspended” his own resignation two weeks later after speaking to President Michel Aoun back in Lebanon, and withdrew his decision entirely in December.

The European Union said it had deployed election observers to all of Lebanon’s voting districts.

Major issues facing the newly-elected parliament include the fate of a large number of refugees who have entered the country since the outbreak of the Syrian civil war, and continuing economic difficulties. 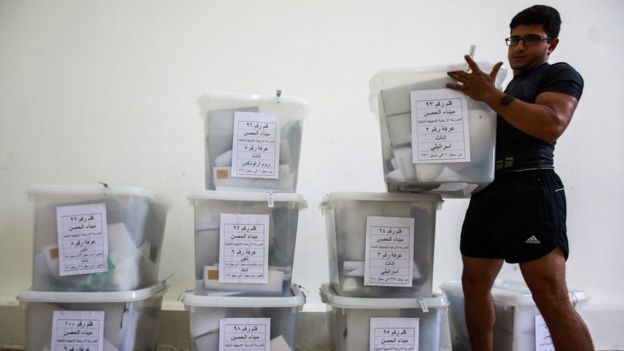