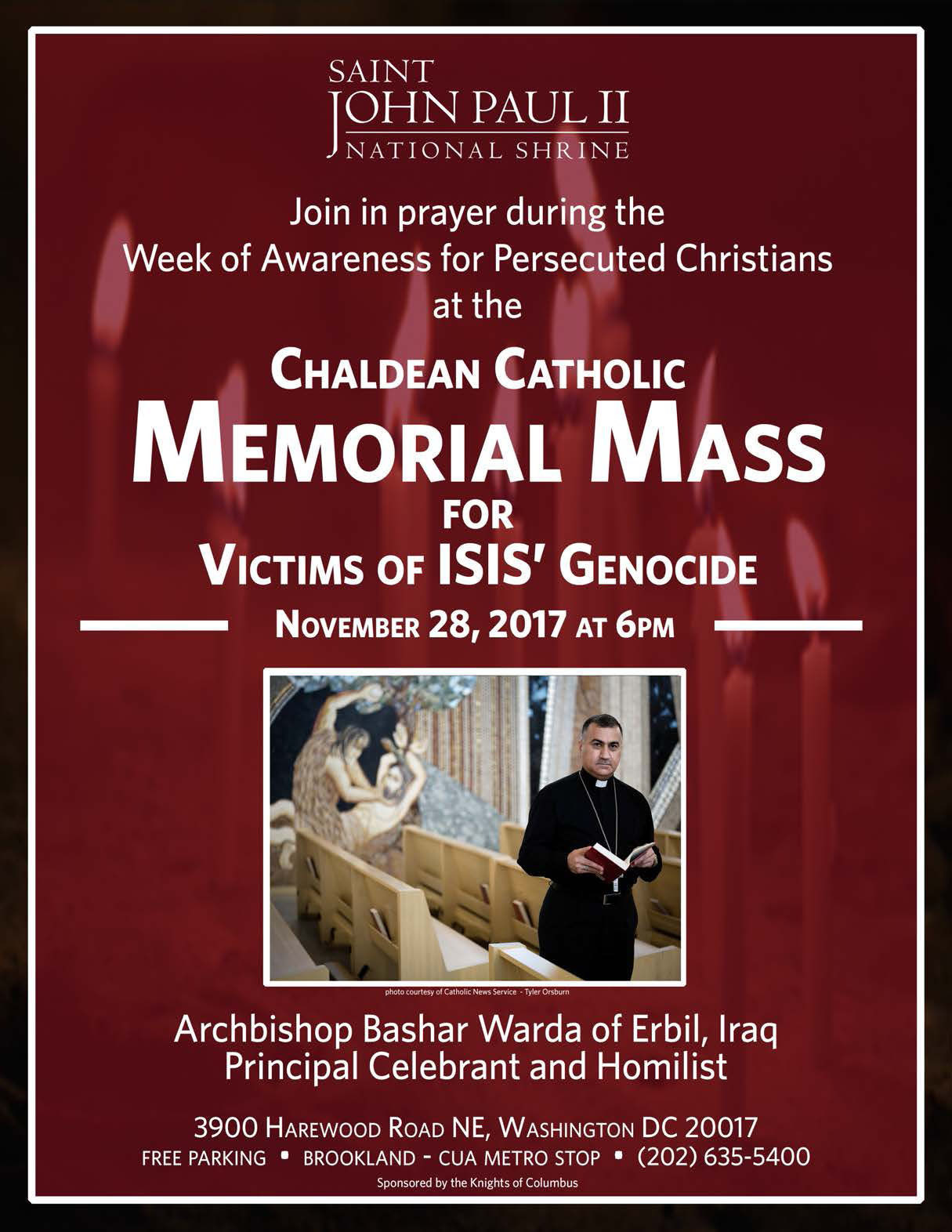 Archbishop Warda is in the U.S. to help observe “Solidarity in Suffering: a Week of Awareness for Persecuted Christians” organized by the U.S. Conference of Catholic Bishops, the Knights of Columbus and other Catholic aid agencies. The week began yesterday, Sunday, Nov. 26, with a Day of Prayer that included a morning Mass celebrated by Archbishop Warda at St. Matthew’s Cathedral in Washington.

Since ISIS invaded Northern Iraq in 2014, the vast majority of Christians in that country have resided within the Archdiocese of Erbil, where Archbishop Warda has overseen a massive humanitarian operation to feed, clothe, shelter, educate and care for this displaced community, and those of other faiths also in the church’s care. Since ISIS’s defeat in the Nineveh region of Iraq, Archbishop Warda has also helped oversee the return of displaced people to their recently liberated homes.

In addition to Tuesday’s Mass, which is open to the public, the Knights of Columbus has helped organize a number of events for the week, including a conference at the United Nations cosponsored by the Holy See’s Mission to the U.N. and a number of roundtable discussions and talks in New York, Philadelphia and Washington.

During the week, Knights of Columbus councils throughout the country will also work with their parishes to share information about persecuted Christians and the Knights’ efforts on their behalf, including a $2 million initiative to rebuild Karamles, a predominately Christian town in Nineveh that was previously under the control of ISIS.

The Knights of Columbus has committed more than $17 million to assistance for the persecuted groups in the Middle East. The organization has advocated on their behalf, urging the congressional and state department genocide designations against ISIS in 2016.