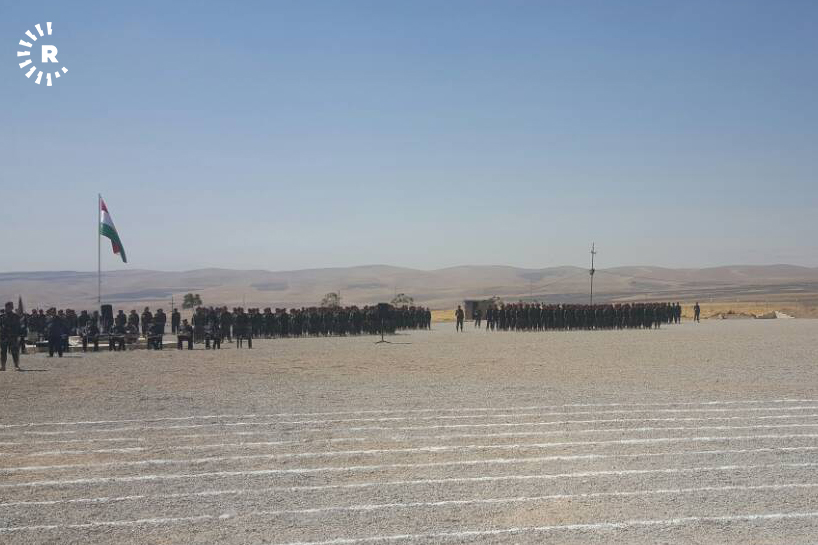 By Rudaw
Start Slideshow Show Captions
SHEKHAN, Kurdistan Region – The Kurdistan Regional Government has graduated more than one thousand soldiers of diverse ethnicities, including Yezidis and Arabs, whose task will be to protect the Nineveh Plains north and northeast of Mosul.

The graduates are under the command of the Zeravani force of the interior ministry.

The commander of the Zeravani, a militarized police force, said that the recruits received the “best training” and are capable of engaging in warfare.

He said the force represents the diversity in the disputed or Kurdistani areas over which both Erbil and Baghdad have territorial claims.

“All nations, with all their colours, all religions, all sects live here, and all of them want to take part in protecting the security of the area,” Aziz Waisi, the commander of the Zeravani force, told Rudaw.

As part of the military parade on their graduation, a group of soldiers carried a banner that read 25.9.2017 – the date of the scheduled independence referendum that will also take place in the disputed areas.

The recruits, that include Yezidis, Kakeis, Shabaks, Christians, and Arabs, are largely from the areas of Shekhan, Tel Kef, and Qaraqosh where there are existing Peshmerga bases.

A Zeravani-trained soldier said that he is happy to go the frontlines against what he called the enemy.

“God willing we are going to defend the country, the country of Kurdistan,” said Ibrahim Isa, a Shabak soldier.

The parade took place at Khanasi Base in Shekhan town, northeast of Mosul.

As many as 5,000 recruits are expected to receive training from Kurdish security in the area.

The Zeravani have recruited thousands in the disputed areas since the fight against ISIS began three years ago. 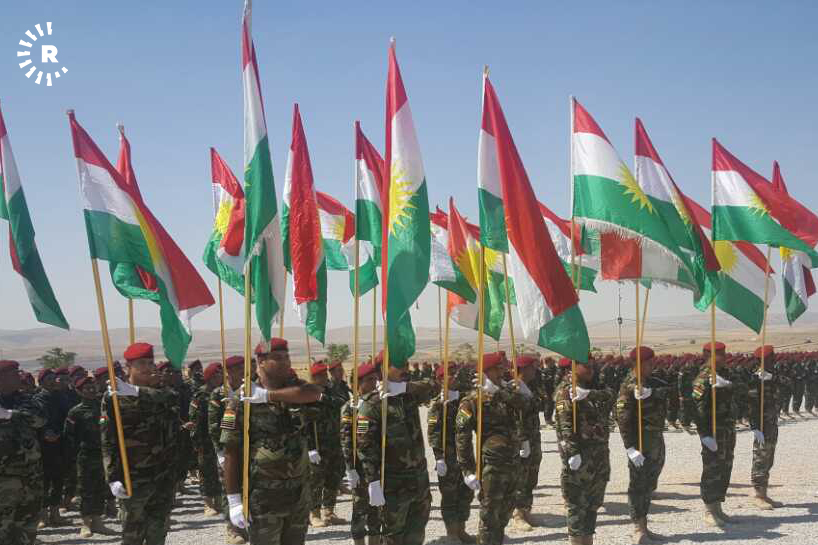 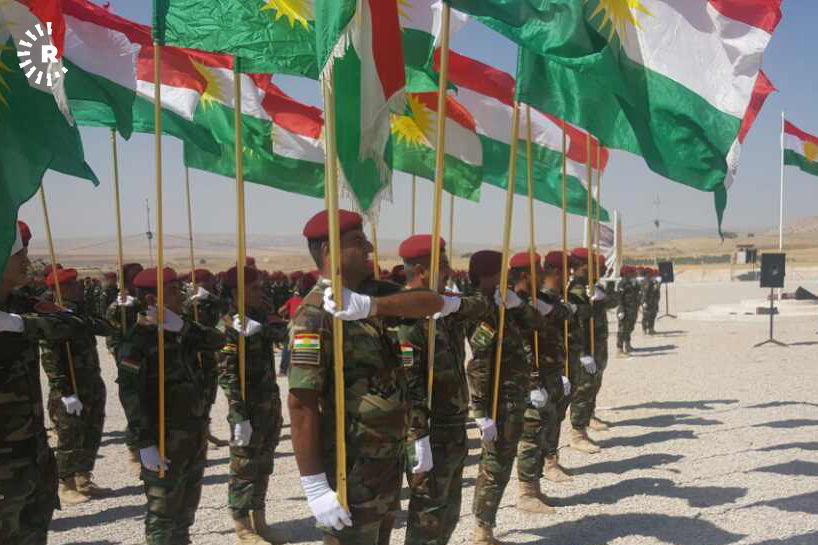