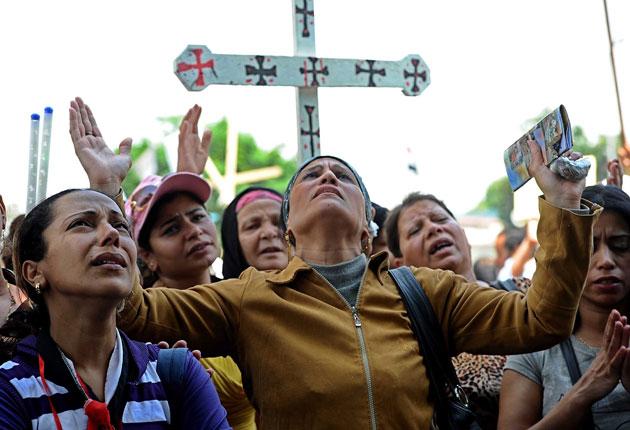 Almost exactly a quarter of a century ago, I wrote a story for the front page of what was then The Independent’s Weekend Review. It was headlined: “Exodus: a story of Christians”. It told the tragedy of those people of the faith who were fleeing the lands of the forefathers.

I interviewed the only hermit left in Lebanon, in a cave in the north of the country, and he said to me: “I am the only hermit left in all the Middle East.” His eyes creased in happiness when I acknowledged his unique theological condition. “I will never leave Lebanon,” he said. “No Christian should leave the Holy Land. Those who have left will come back.”

He exuded faith: childlike, passionate, precise, untrammelled by contradiction or facts. And he was wrong.

As I wrote at the time – from Iraq, from the West Bank, from Lebanon and from Egypt, “probably” (that was my word then) from Syria, too – the Christians were leaving. A community of 14 million people, the inheritors of the original, eastern church of Christ, were draining away from lands now inhabited by up to 160 million Muslims.

Today, the Copts of Egypt alone may be as many as 15 million, but they make up only 10 per cent of the population. Under attack from Islamists, they are leaving for the West in huge numbers – which is one reason the Pope lands in Egypt on Friday in the hope (a plaintiff one, I fear) that Christians and Muslims can take violence out of religion. We pretend to care very much for these Christians, of course. (Indeed, we care so much that even the new American President, Donald Trump, was too frightened to call the 1915 slaughter of one and a half million Armenian Christians a genocide this week.)

I was much moved some two years ago, in the little Syrian town of Qamishleh, by the local priests and bishops of the Maronite (Catholic), Armenian and Orthodox churches who pleaded with me to stop suggesting that the Christians should seek sanctuary in the West. If they went to Canada or the US or Europe, they said, they will become part of a secular world in which they would lose their faith. This should not be the fate of the Christians of the Middle East. 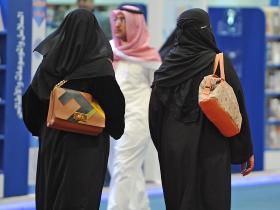 Why has the UN made Saudi Arabia responsible for gender equality?

I have long debated with Middle Eastern people whether this all goes back to the Crusades. In 1996, I had a long conversation with an Egyptian Muslim, Heba Raouf Ezzat, and this is what she said: “We are a different culture. We are a different civilisation. And usually, people think of those who are different as weird, as strange, as sometimes puzzling, sometimes as the ‘opponent’. So I think this is the first thing.

“Through the centuries, both sides – actually not only you, but we as well – started making our own myths regarding ‘the enemy’… and it lasted for two centuries or so and you can’t just forget it or think it’s not important or it’s a very minor issue. There is history and both cultures do have history. And people just don’t forget.”

But, I said to Ezzat, we had Richard the Lionheart and she had Salahedin “and you won”.

She would not accept this. “And we were defeated later by different people and with different tools,” she replied. “I’m not the person who would say ‘Oh we should overcome this’. I think people do have their differences. And it’s important to look and analyse and try to see why people have their differences and how they can run these differences through time and in different situations. But I think that both sides are responsible for this.”

What will the Pope say to that? Or to the Grand Imam of al-Azhar in Cairo, Sheikh Ahmed el-Tayeb? Will they be up to the task of self-incrimination?

I recall reading some years ago Amin Maalouf’s wonderful book, The Crusades Through Arab Eyes, wherein he recorded how the Crusaders, on their way to Jerusalem, stooped to cannibalism. They ate some of the Muslim dead after a pitched battle in a city in Syria. And the name of that city was Homs.