Sen. Ted Cruz (R-TX) and Rep. Mario Diaz-Balart (R-FL) have introduced a bill to ask the Secretary of State to designate the Muslim Brotherhood as an international terrorist organization.

The bill, dubbed the “Muslim Brotherhood Terrorist Designation Act,” states that the group has met the criteria of a terrorist group, and thus should be designated as such. 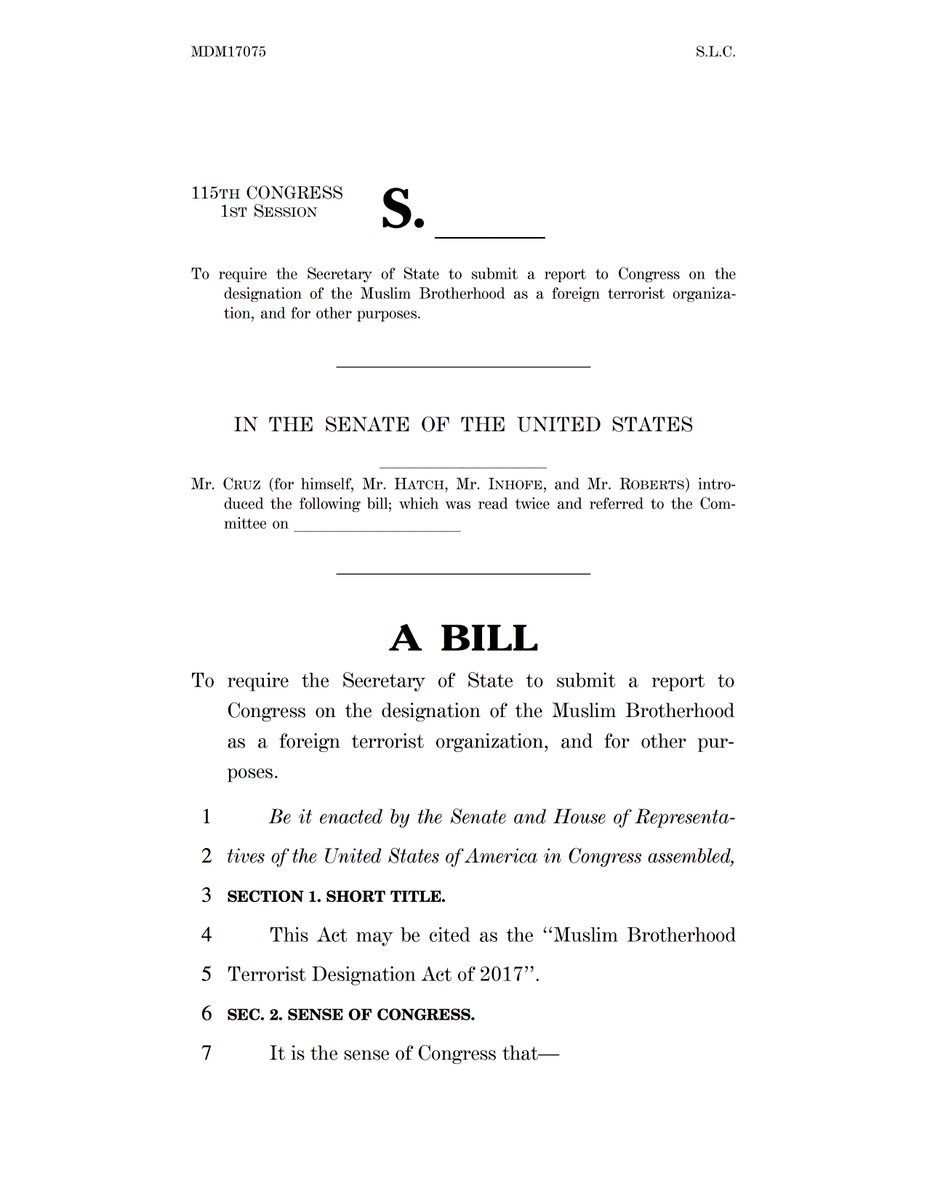 The Muslim Brotherhood was founded in 1928. Several countries, including Bahrain and Saudi Arabia, have designated the group as a terrorist organization.