QARAQOSH — A small group of worshipper gathered in a church in the Iraqi city of Qaraqosh on Sunday (October 30) for the first mass to be held there since the recapture of the city from Islamic State (ISIS) militants.
About 20 km (13 miles) southeast of Mosul, the town was recaptured by Iraqi troops as part of U.S.-backed operations to clear the approaches to Mosul, the jihadists’ last major city stronghold in Iraq.

Dozens of worshipers gathered at the Grand Immaculate Church to pray, surrounded by charred walls and a scarred altar.

Bishop Butrus Moshe, head of the Mosul bishops, gave this message to worshippers, referring to ISIS by an Arab acronym: “Today Qaraqosh is free of Daesh, Qaraqosh is cleansed of Daesh. Our role today is to remove all the remnants of Daesh (from the city). This includes erasing the sedition, separation and conflicts which victimized us. The political and sectarian strife, separating one man and another, ruler and follower, these mentalities must be changed.”

ISIS has targeted the adherents and religious sites of minority communities in both Iraq and Syria. It issued an ultimatum to Christians: pay a tax, convert to Islam, or die by the sword. Most abandoned their homes and fled towards the Kurdistan Region.

The battle for Mosul is expected to be the biggest in the 13 years of turmoil unleashed in Iraq by the 2003 U.S.-led invasion which toppled former president Saddam Hussein, a Sunni Muslim, and brought Iraq’s majority Shia Muslims to power.

The fall of Mosul would mark ISIS’ effective defeat in Iraq. The city, sometimes described as Iraq’s second largest, is many times bigger than any other ISIS has ever captured, and it was from its Grand Mosque that the group’s leader Abu Bakr al-Baghdadi declared a “caliphate” that also spans parts of Syria. 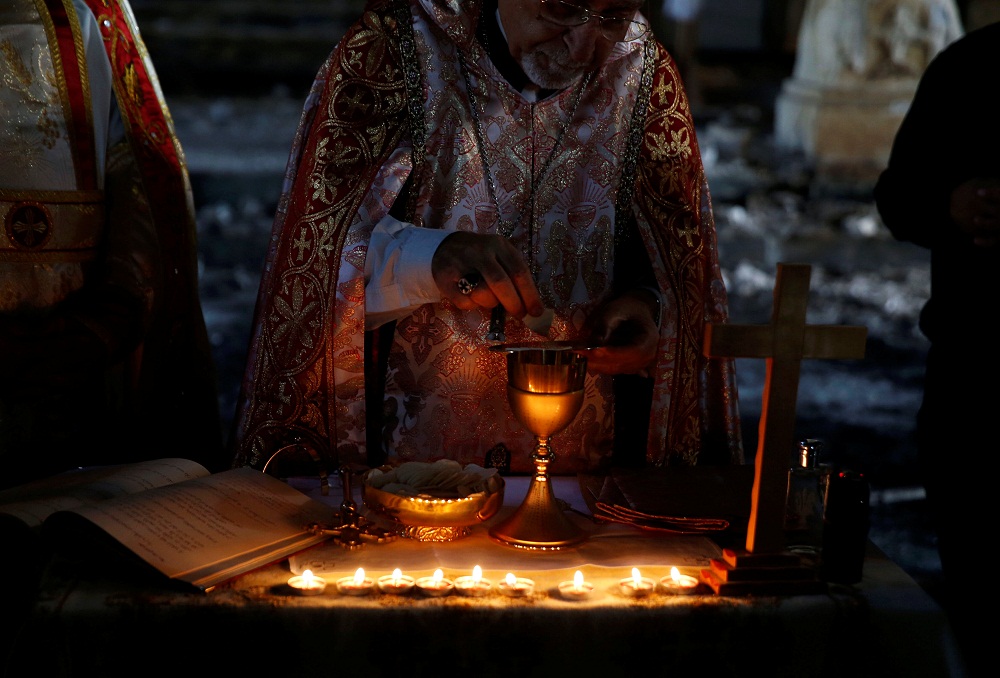