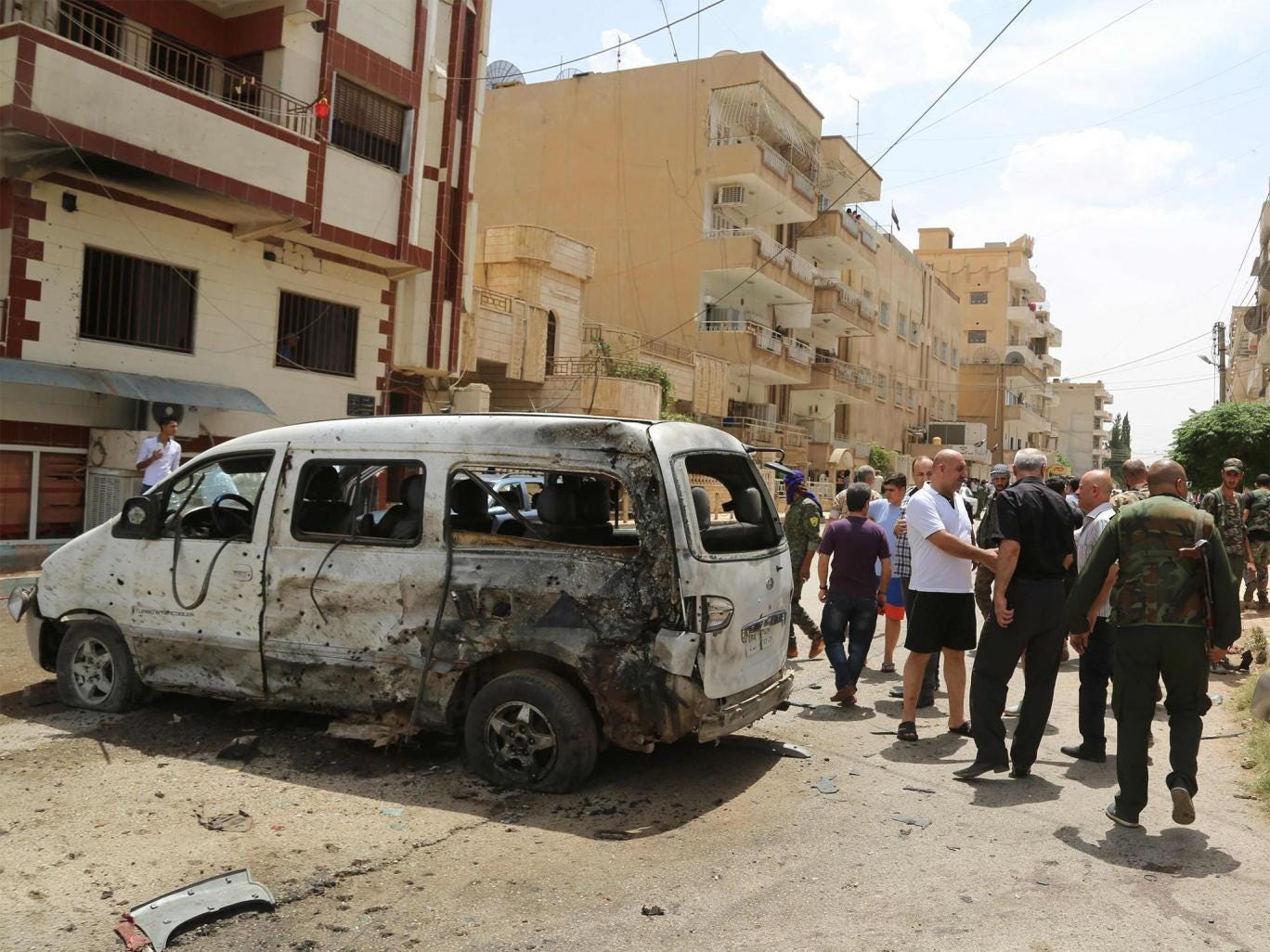 The ghosts of massacres past haunt the Syrian war. First the Islamists scattered the bones of the victims of the 1915 Armenian genocide of one and a half million Christians by the Ottoman Turks outside their memorial church in Deir Ezzour. Then last weekend, a suicide killer arrived at the Syriac Orthodox Church in Qamishli, a small Syrian town isolated on the northern border with Turkey but still held by regime troops, and tried to attack Christians at a church service commemorating the Assyrians’ own genocide of 250,000 – again at the hands of Turkish Ottomans – during the First World War.

His target was clearly the patriarch of the Syrian Orthodox Church but the clergyman’s bodyguards, members of the Assyrian Christians’ own 200-strong ‘Sotoro’ (Protect) militia, took the full force of the explosion, protecting their church leader with the loss of three of his bodyguards who were blown apart. Five others were wounded. This armed group, whose symbol is an eagle, had been shepherding their fellow Christians into the church to commemorate what Assyrians refer to as the ‘Sayfo’ (Sword) massacres – when their ancestors were slaughtered by Turks and Kurds in villages and cities inside present-day Turkey, Syria and Iran. 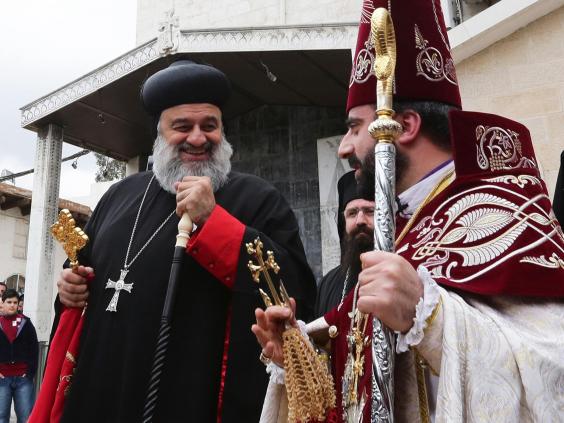 Ever since the Syrian war started in late 2011, Christians have been fleeing the country to Turkey through Qamishli, despite the efforts of their own church officials to persuade them to stay. The Assyrians’ own clerical leader was himself born in Qamishli – his official title is Patriarch of Antioch and All the East and Supreme Head of the Universal Syriac Orthodox Church, His Holiness Moran Mor Ignatius Aphrem II – but educated in Lebanon, Syria, Egypt and Ireland.

He must have been reminded of the fate of a less fortunate Assyrian cleric, Shimun XXI Benjamin, who was Catholicos Patriarch of the Assyrian Church of the East in 1918 when he was assassinated in Iran by a Kurdish leader called Simko Shikak. The Catholicos Patriarch had not just a handful of bodyguards but 150 of them, all of whom were murdered. In the same year, thousands of Assyrians were put to death in mass killings by Ottomans and Kurds in the Iranian city of Urumieh. Less than two decades later, the British-trained Iraqi army massacred up to six thousand Assyrians, many of them machine-gunned to death in Zakho and Dohuk near the Turkish border. 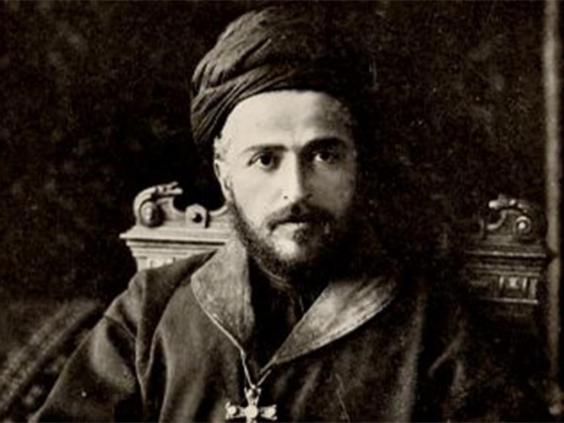 Shimun XXI Benyamin was assassinated in 1918

The British had encouraged the Assyrians to join the imperial Levies after Iraq’s occupation by the UK at the end of the First World War – much as the French encouraged the Alawites to join their Troupes Speciales in post World War One French mandate Syria. And just as the Sunni Muslims of Syria came to distrust the French-financed Alawite militia, so the Kurds and Iraqi Arabs disliked the Assyrian Levies who thought they were protected by their British tutors. When their killers arrived with other Iraqi army forces to celebrate victory over the Assyrians in Mosul in 1933, local Muslims decorated triumphal arches with melons pin-cushioned with knives – a symbol of the fate of the Assyrians. Isis would have approved.

Historians have never reached a final conclusion as to whether the 1915-18 Assyrian slaughter could be defined as genocide – of which the Armenians were certainly victims. Talaat Pasha, the vicious Ottoman interior minister, was clearly content to see Assyrians liquidated but there is doubt about just how organised the killings were. Some orders for the butchery of Assyrians were cancelled or ignored. But with the blood of a generation of Christian Armenians flowing through the streets of thousands of Turkish towns and villages, the Assyrians were unlikely to escape destruction. 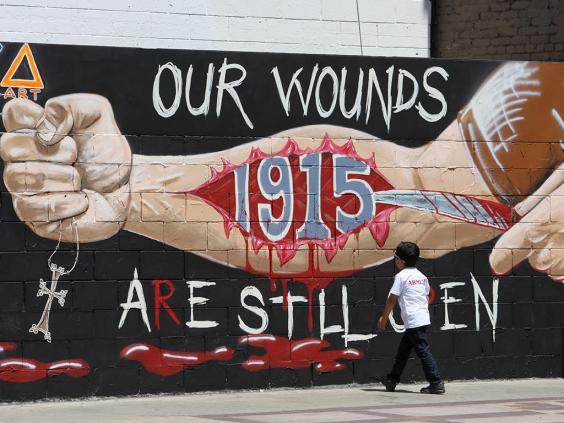 So who was the suicide bomber outside the Assyrian church at Qanishli last Sunday? He is unlikely to have been from the large Kurdish community in the town since the Kurds are now close allies of the Christians against the Islamists. The regime has no interest in murdering its loyal Christian citizens who for the most part live under the protection of the Syrian army. The Turks have a far larger and more terrifying war to fight with their own Kurds to worry about the survivors of the remnants of the 1915-18 Ottoman massacres. So it looks likely that the lone would-be murderer of the Patriarch was an Islamist, either from the Al-Nusrah group – which destroyed the Armenian bones at Deir Ezzour and then dynamited the great Armenian church in the city – or from Isis.

If this is true, then the black and cult-like enemy of Bashar al-Assad of Syria, the Syrian army, the Hizballah, the United States air force, the Iranian Revolutionary Guard, the RAF, the Russian government, the Jordanians and the Iraqis, the French and the Belgians and Barak Obama and Donald Trump, has struck again. Without much success. This time.