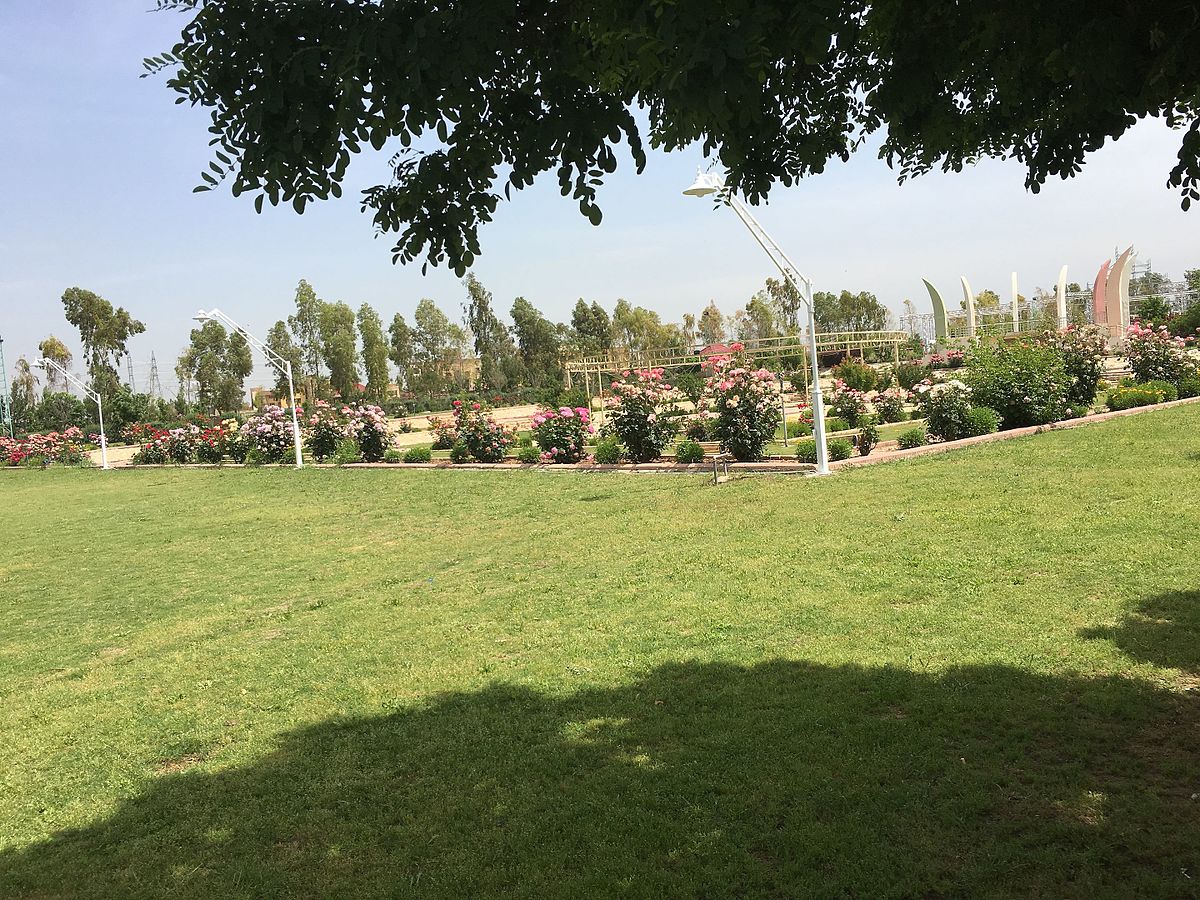 Gardens of Ankawa
Benjamin Kweskin, a contributor for the Philos Project, recently interviewed Mr. Anoo Abdoka, a prominent political leader in Ankawa, the main Christian area in Erbil, Kurdistan.
BK: Would you please share a bit about yourself: your upbringing, family, and education?

AA: I am an elected official of the Kurdistan Democratic Party (KDP) in Ankawa and born and raised here. My family are Assyrian-Chaldeans from Ankawa and from the village of Al-Qosh. I went to High School in Ankawa and did my undergraduate studies at the University of Kurdistan-Hawler (Erbil) and also earned a MA degree there in International Studies. My mother is from Al-Qosh and my wife as well. Though my father was also born in Al-Qosh, that side of the family is originally from Ankawa.

BK: I noticed that you write poetry. What language(s) do you write those in and what are your poems about?

AA: I write my poems in Arabic—in 2007 some of my poems were published and I hope to publish some more next year. Most of my poems are about love, but also about politics and now about Da’esh (Islamic State) and the plights of our peoples (Christians and Yezidis).

BK: What was it like growing up in Ankawa, before it became known for its many expats, trendy restaurants, bars, and finally its many Christian IDPs?

AA: In 1970 Ankawa was considered the “cleanest city in Iraq.” Originally it was a farming village and during my grandfather’s generation in the 1940s many well-educated people from Ankawa traveled to other cities in Iraq as teachers. Today, ninety-five percent of Ankawis are Christian and all the council people are Christian. We have many Christian IDPs now from other parts of Iraq such as the Ninevah Plains who fled Da’esh in summer 2014.

BK: What was the “Christians” show on Kurdistan TV?

AA: For 11 years I worked at Kurdistan TV and was the head of the Christian Department. For 10 years we had a weekly program dedicated to educating the public about cultural, political, and social issues affecting the Christian communities throughout the Kurdistan Region but also Iraq in general and occasionally on Syrian Christians.

BK: What is Shlama Entity for Christian Issues and what is its purpose?

AA: This was established in 2013 by myself and Christians from different parties and ethnic groups (Assyrian, Chaldeans, Syriacs, and Armenians). Shlama is an NGO in Ankawa and also an election entity in Kurdistan. We help defend the political and social interests of Christians in Kurdistan. For example, we are engaged in helping influence the draft Kurdistan Constitution vis-a-vis the Christian community.

BK: How would you characterize what happened and is happening to Christians in Iraq?

AA: First of all, Iraq and Kurdistan Region are two different situations: politically, socially, and culturally.

Iraq is disastrous and not only for Christians. Before the war in 2003 there were roughly 1.5 million Christians and now there are only around 100,000 in the entire country.

Most Christians who left the country went to Europe or the U.S. and of those that stayed, most are in Kurdistan Region now. There are 12,000 families that fled to Ankawa alone. In Iraq, the Prime Minister (Haidar al-Abadi) essentially decides who is in charge of leading the Christian community but the reality is that they do not seek real engagement from the community itself. While the situation in general is very bad, it is so much more for Christians and other minorities since they are marginalized.

In Kurdistan, Christians are the largest minority and there we have a long, shared history: there are many Christian Peshmerga who fought alongside Kurds and we shed a lot of blood with them. In the 1970s and in 1991 we participated in uprisings but even before then this was the case. In Kurdistan we are not marginalized. True, it is not perfect, but there is no comparison whatsoever between Kurdistan and Baghdad.

AA: In a chapter in my MA thesis I discussed the Jews in Iraq and Kurdistan. They were our neighbors and now we just have stories from the older generation and maybe a few other symbolic reminders. They were living in peace like we were and what happened to them is similar to what happened to us. We want to have an independent state for everyone here in Kurdistan.

BK: What tensions still remain between Christians and Kurds?

AA: There are some localized issues in and around Akre, but these are problems about land—not politics or religion. These issues are being looked into now through a committee headed by the President’s (Massoud Barzani’s) office. The KRG must solve these problems ASAP so they do not snowball into something larger. Often these localized, personal issues become politicized but there are similar disputes about land among Kurds themselves which never get publicized.

BK: What is the situation in Christian areas now in Ninevah?

AA: The overwhelming majority of people from Al-Qosh have returned but most in Ninevah have not been able to. Even though Peshmerga and Christian fighters are in these areas defending the Ninevah Plains, the local population is still not able to safely return.

BK: What are the main political and social needs from the Christian community in Kurdistan?

AA: First of all there needs to be a secular and civil constitution that is to include all citizens, irrespective of religion. This is the most important thing that needs to happen. In Iraq, political Islam is taking over, but here the main parties are nationalist, not religious and Islam is only one of many influential components.

BK: What are your thoughts on an autonomous Christian/Yazidi enclave that would be separate from KRG and Iraq proper?

AA: A small entity like this needs to have allies. There should be a referendum for civilians to decide this but as most Christians who have stayed in Iraq have fled to Kurdistan Region they are supportive of maintaining the peaceful environment here.

BK: The KRG is planning a referendum for its citizens to decide on either remaining part of Iraq or choosing independence. Where do most Christians stand regarding this matter? Will those originally from outside of the Kurdistan Region (such as the Ninevah Plains) be able to vote as IDPs as well?

AA: In my opinion they must be included in the referendum—yes. Areas such as Al-Qosh and the Ninevah Plains in general are considered disputed and there is not a consensus yet on who should administer it. The reality now is that the Christian IDPs now mostly live in Kurdistan and should be able to vote in the upcoming referendum. Even Sunni Arabs who are IDPs would be able to vote.

BK: What does reconciliation between Baghdad and the Christian communities look like?

AA: The situation for any Iraqi is very unpleasant to say the least. Christians have no power in Baghdad and the ones remaining are not well-off socio-economically. Sadly, most of the families that fled will not return—the younger generation will even have less of a connection here. As I’ve stated before, since most Christians now live in Kurdistan Region (roughly 90%), most support the idea of an independent Kurdistan. Independence will not solely be a state for Kurds: it will be a state for all of its inhabitants.