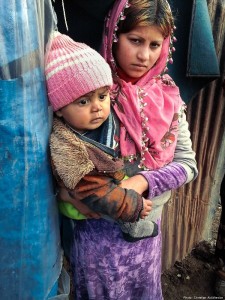 When announcing the recent deaths of at least three refugee children due to heavy rainfall, Fadhil al-Gharawi stated, “Bad weather and a lack of urgent medical care prevented efforts to save them.”

Al-Gharawi is a member of the Human Rights Commission in Iraq, an independent organization that reports to the Iraqi parliament.

As explained here, the Iraqi government cut off aid to nearly 9 million of its people months ago, allegedly due to “conformity to the United Nations declaration of stopping all forms of assistance.”

Meanwhile, in Mosul, a prominent Sunni leader says the Islamic State’s execution count is up to 4,000, and he’s calling for immediate help.

A coalition led by the U.S. military is reportedly preparing to re-take Mosul from ISIS control, but it won’t be easy. “No doubt, Mosul is gonna be hard,” Maj. Gen. Richard Clarke told reporters earlier this week.

“It’s further away from Baghdad, where the majority of these forces will come from, and it’s clearly a much larger city [than Ramadi and] has many different sects that are part of it.”

Out of northern Iraq’s pain and turmoil, hope rises. 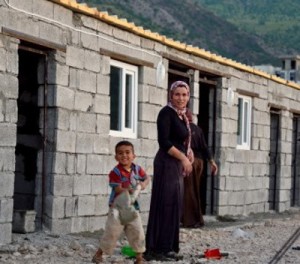 Mohammed and his wife live in a refugee camp in northern Iraq with over 1,000 Sunni Muslim families.

“About 10 years ago, [Mohammed] had a dream where Jesus Christ came to him in his dream and spoke to him. He woke up and [concluded], ‘Jesus is real…I’m going to be a follower of Christ.’ About six weeks later, his wife had the EXACT same dream–which is mind-boggling to me! She woke up and had the same response: ‘Jesus is real. I’m going to follow Him.’

“They began, as a couple, to follow Jesus Christ. They began to witness for Him in their community (Mosul); subsequent to that, their house was burned to the ground. The police came and said they did an investigation, but there were [allegedly] no witnesses…. 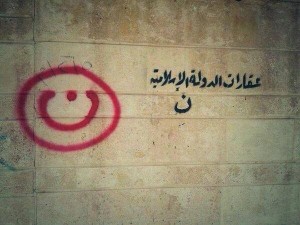 “[Mohammed and his wife] continued to follow Christ. Then, in the summer of 2014, ISIS comes to Mosul, and they have to flee…. They are [currently] living in a Sunni Muslim refugee camp because their ID cards still say, ‘Sunni Muslim.’ They’re surrounded by more than 1,000 Muslim families in this camp, [and] they were the only Christians.

“They witnessed for Christ and led members of other families to Christ. So, now there are parts of three families that are Christians in this camp of over 1,000 [Sunni Muslim] families.

“[In recent days] we’re sitting with Mohammed and his wife and family in their tent… There’s a little kerosene heater, there’s snow outside; it’s FREEZING–the kerosene heater just barely knocks the edge off the cold in the tent.

“At the end of our conversation, he shared his testimony and… [I asked], ‘Mohammed, what are you praying for? What are you asking God to do for you?’ He kind of looked at me, almost like it was not a very intelligent question.

“He said, ‘We don’t have to ask God for anything. We have everything that we need. We’re happy.’ And I’m [speechless.] 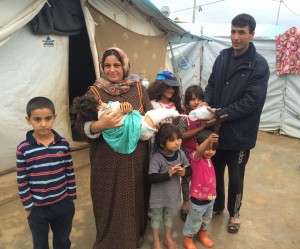 “They’re in a tent with a kerosene heater, and he [responds like that]…. What an incredible sense of contentment and just resting on God’s presence, resting on God’s provision, and not being upset about tomorrow, or the next day, or next week.

“[They’re] just saying, ‘Hey, we’re serving the Lord, He’s taking care of us. We have everything we need.’”

Next Friday, join the Mission Network News team, along with VOM and Family Christian, to pray for Christian brothers and sisters like Mohammed and his wife. 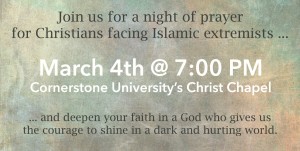 At Cornerstone University in Grand Rapids, Michigan, gather with us on March 4 to hear the untold stories of believers who stand for Christ in the face of Islamic extremism. The evening’s worship will be led by Travis Ryan, and there will be opportunities to gather medical supplies for persecuted Christians and take some of the untold stories home with you.