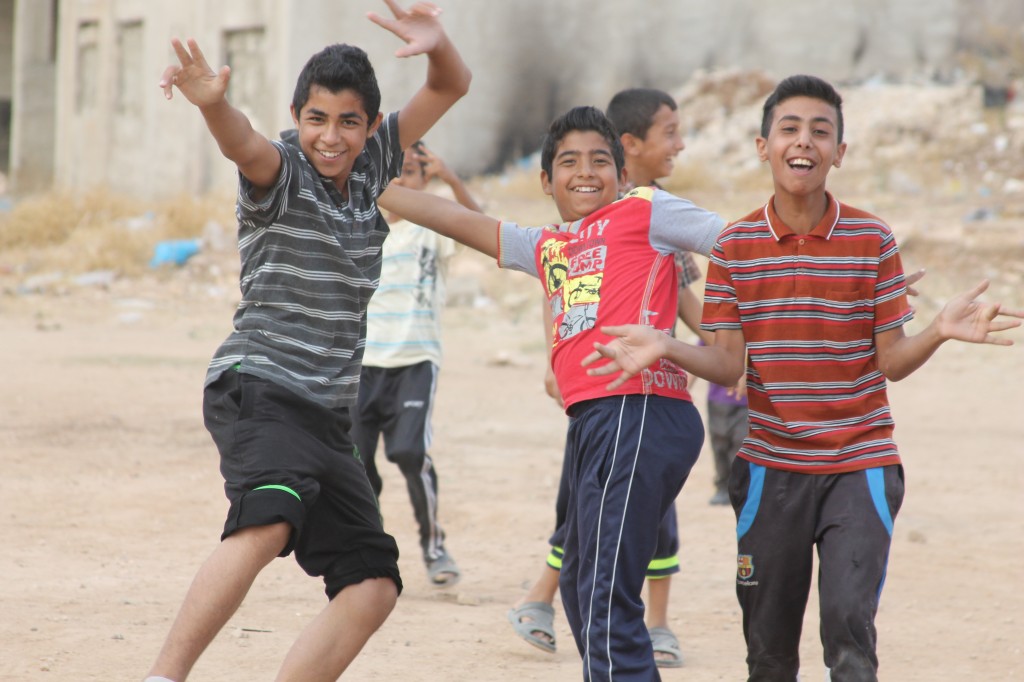 by David Rupert
With the terrible news of nearly 150 people killed in the Parisian terrorist attacks last week, the fate of thousands of Christian refugees from Syria and Iraq are further complicated.
It’s understandable. Lives are gone and families are changed forever. There is pain and anguish and the natural reaction is to begin to look for those responsible. Every nation is reviewing how such a thing could happen — and what they need to do to prevent an occurrence within their own borders.
Persecuted: The stories are real

I’ve written about many of the stories – and there are more to come – of Christian refugees impacted by the ISIS/ISIL/Daesh brutality in Syria and Iraq. I met many of these people in a trip last month to Jordan. I met them in refugee camps, cramped apartments and in temporary quarters. The stories are real as their words poured out through tears and quivering lip.

They aren’t looking for money, but they are looking for a resolution to their homelessness. They cannot work in their host, refugee countries. They cannot return home for fear of their lives. They cannot immigrate since the U.S., Canada, Austrailia and other countries call them mere immigrants and not asylum-seeking seeking refugees. So they wait on the U.N. to bail them out. They are stuck.

One by one they asked, “Why won’t your government help us, the Christians?”

I tried to explain U.S. foreign policy to them – and I couldn’t even convince myself. If I were meeting them this week, my words would be even more complicated.
Photo David Rupert 2015

Photo David Rupert 2015
Are refugees the cause for the terror?

Just a few hours after the attack, French authorities let slip that a Syrian passport was found near the dead body of one of the attackers. The passport holder had crossed from Turkey to Greece and then registered for asylum in Serbia before entering France.

It’s now very likely the passport was a fake. But it doesn’t matter. The narrative of refugee complicity is established and every preconception came true.

France has taken in nearly 20,000 Syrian refugees over the last two years. But there are thousands of back and forth visits between France and the Middle East and there has been much speculation about sleeper cells. Without proper vetting, the fear has been that Jihadis could slip in the ranks of refugees.

France immediately closed it’s borders for the first time since WW2. Out of self-preservation and responding to public outcry, the doors in Europe will no doubt start closing. It’s already happened in Slovakia and Poland.

The truth is Christians generally aren’t found in the sprawling camps or crossing in boats are in the long lines of refugees marching to Europe. They’ve already dispersed to northern Iraq, rural Syria, Lebanon and Jordan. Their situation is equally dire – no work, no home, no future.

But I’m afraid that they, along with innocent Muslims, will get swept up in the tide of anti-immigrant rhetoric. It’s easy for us to lump everyone together. And I understand the fear we have of outsiders, of those who have different cultures. What welcoming nation wants to swing their door open out of compassion, only to have the hinges blown off. .
What are the politicians doing?

But some are making a call for Christians to be accepted into the US as refugees. Hillary Clinton old CBS’s Face the Nation, that we should allow immigration “emphasizing some of those who are most vulnerable, a lot of the persecuted religious minorities, including Christians, and some who have been brutalized, like the Yazidi women.” Jeb Bush tell Fox News that the U.S. should take “every Christian Iraqi and every Christian Syrian”who might be at grave risk.

But beyond that, there is little else said on the national stage about allowing more Christians into the U.S.

Reacting to the Paris tragedy, Ted Cruz, Donald Trump, Ben Carson and Marco Rubio are calling for an end to Syrian refugee resettlement in the United States.

Thank goodness for UK Prime Minister David Cameron, who speaking to the House of Lords, said this. “Every day in countries across the world, Christians are systematically discriminated against, exploited and even driven from their homes because of their faith. No believer should have to live in fear, and this is why (the British) Government is committed to promoting religious freedom and tolerance at home and around the world… Now is not the time for silence. We must stand together and fight for a world where no one is persecuted because of what they believe.”

Religious minorities are being forced to convert or die at the threat of ISIS. I have found one American politician ready to champion the cause. Rep. Jeff Fortenberry has introduced legislation calling the killing Christians and other minority faiths a “genocide,” which would move the issue in a different trajectory.

But right now, I’m afraid growing nativism will shut out our compassion and our brothers and sisters will be swept away by the fear.

The genocide — and there can be no doubt that it is genocide, despite world silence — of the Christians, Yazidis, Mandeans, and other defenseless ethno-religious minorities of Syria and Iraq continues. The killing of these peoples is deliberate and brutal and is rooted in religious hatred of the “infidel.” It is meted out in sudden violent executions, mass deportations, and the gradual, methodical destruction of their civilizations. Washington is blind to this genocide that occurs alongside, but is separate from, a sectarian Muslim power struggle. It has failed to defend them militarily. Now it is failing to provide humanitarian help in the only manner left: resettling the survivors out of harm’s way, in countries where they will be able to rebuild their families and preserve their unique ancient cultures without fear. Rescue is the very minimum we can do to help these victims of genocide. – Nina Shea, Director of Hudson Institute Center for Religious Freedom writing in National Review.
http://www.patheos.com/blogs/davidrupert/kneejerk-the-paris-attacks-are-bad-news-for-christian-refugees/