By Andrew Doran, Special to CNN
Telskuf, Iraq (CNN)Safaa Elias Jajo, a Chaldean man in his 40s, stands in the wreckage of a home in Telskuf in Iraq’s Nineveh province. The home served as ISIS headquarters in this area until a U.S.-led coalition airstrike leveled it last year.

Above Jajo, a ceiling fan sags downward, melted and charred; at his feet is an expended ISIS rocket that was fired into the home after the terror group’s retreat. A calendar, its edges seared by explosions, bears an iconic rendering of the Visitation — the only sign that it was once a Christian home.

Telskuf is Jajo’s home and, until 2014, was a town of 12,000 Christians. He was the last Christian to leave when ISIS advanced here last year and was the first to return when ISIS was driven back toward Mosul.

He stands in silence, flanked by a young Christian soldier holding a Kalashnikov. Jajo, from a prominent local family, served in Saddam Hussein’s army two decades ago. He is an obvious choice to lead the local Nineveh Plains Forces, one of several Christian militias in northern Iraq. 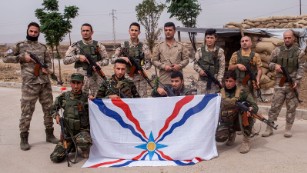 Members of the Nineveh Plains Forces, a Christian militia, are fighting for what’s left of their homeland.

In Telskuf, there are no signs of life. The grass is overgrown; houses are leveled. Jajo points to a home: “ISIS called the owner of this home,” who had fled, “and told him they would be cooking there.”

Jajo has spoken to some of his neighbors who have already left Iraq, pleading with them to return.

“They will not return until it is liberated.” He and his men hope to play a part in that liberation.

“There are approximately 500 of us,” Jajo says of his unit. Beyond the small force here (perhaps a dozen), the rest are scattered across Nineveh and Kurdistan. They operate under the auspices of the Kurdistan Regional Government and its militia, the Peshmerga.

That status, however, is more theoretical than practical: Jajo has been waiting months for the Ministry of the Peshmerga to process his commission. His frustration is palpable, though he and the local Peshmerga soldiers, one of whom is present, appear to be on good terms.

Like the substantially larger Peshmerga, Christian militias are tied to political parties. The swift ISIS gains in Iraq last year led to greater political unity among rival Kurdish factions, which in turn led to greater cooperation among Peshmerga units.

For the Christians, however, divisions remain. There is no single Christian militia and no consensus among Christians on their military or political role here. Jajo sees hope for Christians within the framework of Kurdistan, rather than the Iraqi central government.

Like others, he looks to language in the KRG Constitution that calls for “special autonomy” for minorities. Jajo also asks for help from the United States and the West. “We need support and we need it quickly. We want to fight.”

The Peshmerga have made the same request. The problem is that U.S. law forbids the shipment of weapons to any but a lawful government, so weapons must come from Baghdad.

For their part, the Kurds would prefer that Christians serve in the Peshmerga — a reasonable proposition on its face. A small number of Christians do, while others train to protect Nineveh after its liberation from ISIS.

Jajo is keen that they should get combat experience now, fighting alongside the Peshmerga. “We have asked for the opportunity to serve at the front” — just to the south — “but we’ve not been given the opportunity.”

Farther to the south, beyond the trenches defended by the Peshmerga and a no-man’s land, are ISIS and the soldiers of the caliphate. “If there is a plan to liberate Christian areas, we want to be a part of it,” Jajo says.

While no offensive operations appear imminent, his point is more than sentiment: To have an equal claim to a future Kurdistan and Nineveh, Christians should be a part of its liberation.

Jajo acknowledges that he has recruited “maybe 30 or 40” men from the tens of thousands of Christians living in Ankawa, a district on the north end of Irbil. Many Christians fled to Ankawa from Baghdad and elsewhere in Iraq after the 2003 invasion.

Most recent arrivals are from the cities and villages of Nineveh — many of them using Ankawa as a staging area before moving on to Europe, North America or Australia.

“This is the biggest problem,” he says. “Just from Telskuf, 670 families are now in other countries. The only solution is liberating Nineveh.”

That is unlikely to happen soon. The Kurds lack the firepower and training, and are more accustomed to defensive warfare — an inclination well-suited to the current military situation, trench warfare. The Iraqi military, despite being better equipped than ISIS or the Peshmerga, has proved to be the least effective of the three.

The United States is unlikely to put troops on the ground, viewing the situation as a problem for Iraqis to sort out. The casualties that would result from urban fighting to drive ISIS out of Mosul are more than the Kurds, the Iraqi military or the United States are prepared to suffer.

A sustained bombing campaign in Mosul, which would claim numerous civilian casualties, is still less likely. And so Mosul will likely remain an ISIS stronghold for the foreseeable future.

The Christians of Telskuf and elsewhere in Iraq have been failed — by the U.S. government, which did not protect them after the 2003 invasion; by the government in Baghdad, which failed to give Christians an equal status; by their political leaders, in Iraq and the West, who have been sidetracked by rivalries and arcane squabbles rather than seeking unity through compromise.

Some Christians here, while acknowledging a preference for Kurdistan over Baghdad’s government, believe that the Christians are being used as a political pawn by the Kurds to curry favor with Western governments. Time will tell, especially as support for Kurdish independence swells.

Jajo poses for a photograph with his troops, Christian men in their 20s. They have been through basic training and have weapons, but are untested. In their faces one sees a mix of courage, fear, intensity and frustration.

Unlike the Peshmerga, the Christians of this region have no meaningful tradition of military service. It might be tempting for observers to dismiss their presence.

“They could easily be in Ankawa,” an American translator says. “But they’re not. They’re here.” He admires their courage. Few though they are, they are likely to remain here.

The status of Christians in Iraqi Kurdistan will be much discussed in the months ahead. Politicians reluctant to endorse openly a Kurdistan inching toward independence will be still more reluctant to press for the rights of minorities within that uncertain framework.

In the meantime, many of Nineveh’s towns remain occupied by ISIS or deserted altogether.

Telskuf may offer a glimpse of Christianity’s future in Iraq: ISIS driven back, a Christian town deserted and a handful of Christians standing amid the ruins, determined that Christianity here will not be extinguished. 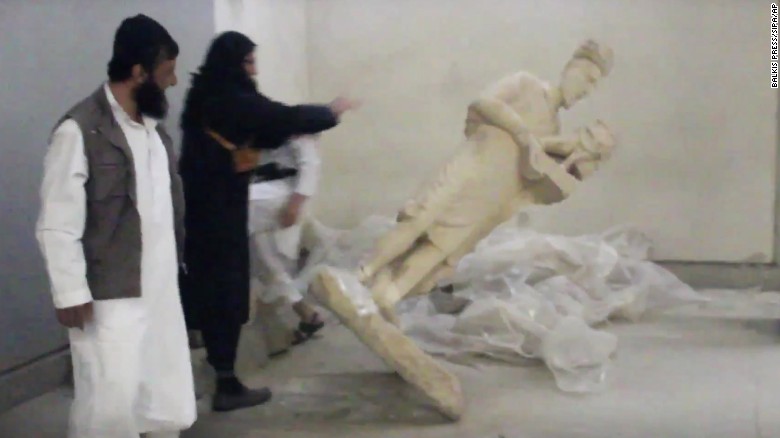 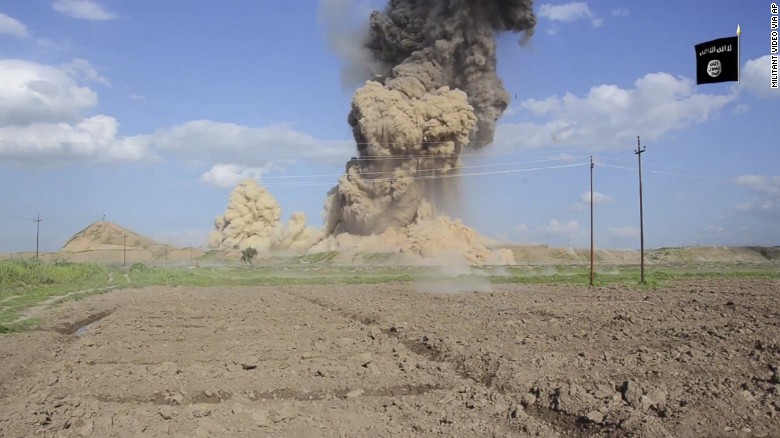 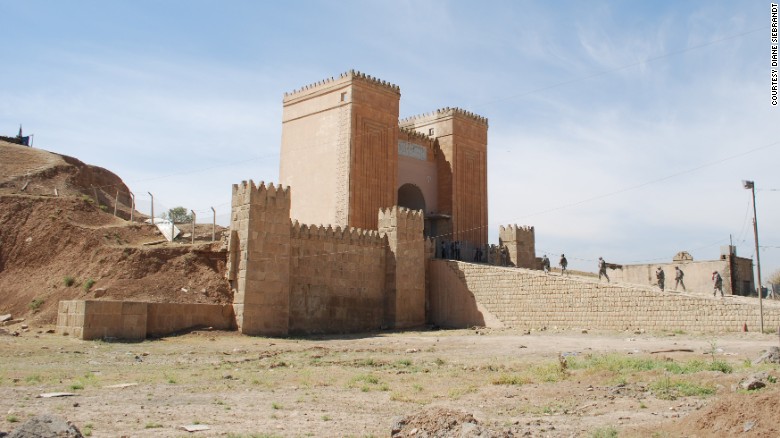