Sydney – 28 January 2015
The Assyrian Universal Alliance – Australian Chapter (AUA) continued in its efforts of demanding greater attention and action from the Australian government regarding the plight of Assyrians in Iraq. A strong delegation met with the Member of the Legislative Council and President of the Christian Democratic Party, Reverend the Honourable Fred Nile MLC at his Parramatta office on Wednesday 28 January 2015.

The delegation included the (AUA) Deputy Secretary General Mr Hermiz Shahen, Mr David M. David, the Regional Secretary of the (AUA) in Australia and New Zealand, Mr Nabeel Yawanis representative of the Assyrian Patriotic Party in Australia and their guest, Mr Albert Moshi, Commander of the Dwekh Nawsha forces in Northern Iraq. Mr Moshi is currently visiting Australia in an attempt to win international favour for the Assyrian cause.

The delegation updated Rev Nile about the current suffering of the Assyrian people. Discussion included the seizure of many Assyrian towns and villages in Nineveh Plains, as well as the city of Mosul and its surroundings by the Islamic State of Iraq and Syria (ISIS). They described in detail how ISIS, the extremist Sunni Muslim terrorist group, has brought a humanitarian disaster to the Christian Assyrians in the region.
Dwekh Nawsha Albert thanked Reverend Nile for the opportunity to meet with him and stressed the urgency and importance of the Australian government’s help to address this crisis. Mr Moshi discussed ways to seek the support of The United Nations including the possible deployment of international forces to ensure our community’s safe return to their lands in the Nineveh Plains and Mosul. He also underscored the urgent need for delivering aid to Assyrian IDPs. He emphasised the significant role Australia can play in ensuring the safety of Assyrians and their capacity to maintain and defend themselves against terrorists by providing logistical training for Assyrian fighters on the ground, proper weaponry and financial assistance.
“The current situation in Iraq and Syria has become tragic for Christians as they face the risk of extinction in their own ancestral land known to the world as the Cradle of Civilization. If the Western World and in particular Australia and The United States want to ensure that Christians be part of the fabric of the Middle East, it is now time to act and save them from annihilation” Mr Shahen said .

Mr Moshi presented Rev Nile with a Dwekh-Nawsha emblem as a token of appreciation. 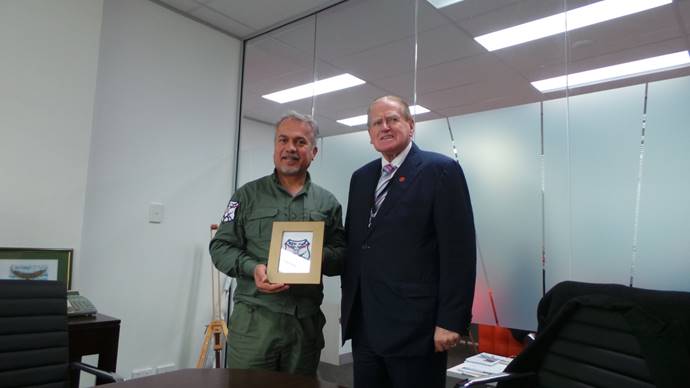 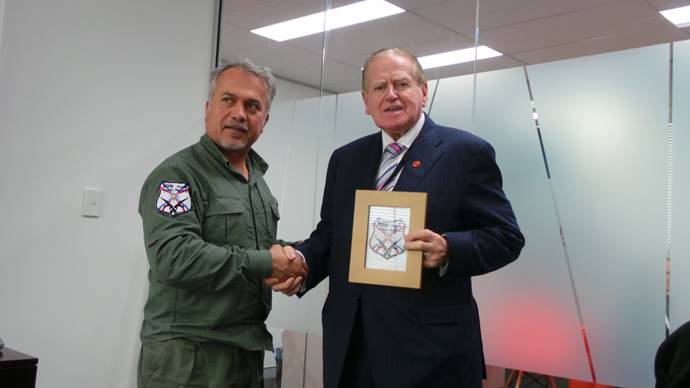