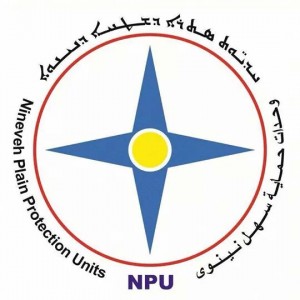 In June of 2014, ISIS conquered the city of Mosul. This assault was followed by attacks in August on cities and towns throughout the Nineveh Plain, Tal Afar and the Sinjar regions. In the face of ISIS’ advance the Iraqi military and the Kurdish Peshmerga fled, offering no resistance to ISIS, leaving hundreds of thousands of defenseless, unarmed civilians to a horrible fate at the hands of ISIS terrorists.
As ISIS advanced its terrible march, unopposed by Iraqi and Kurdish forces, over 150,000 of our Chaldean Syriac Assyrian people were forced out of the region around Mosul as well as the wider Nineveh Plain. Our homes and lands were confiscated, personal belongings stolen and our religious sanctuaries were defiled. In a word, our nation faced ethnic cleansing and genocide. We were forced to either seek refuge in towns and cities of the Kurdistan region or, reluctantly, leave the country altogether.
These events, as well as the ongoing homelessness and destitution of the Assyrian people, have been perhaps the worst catastrophes faced by our people in living memory. Additionally, the inexplicable delay of the liberation of our occupied lands and the continued suffering of our nation is causing many to lose hope, and worse, a sense of self and the identity of our communities.
Therefore to deal with these ongoing calamities, it is absolutely necessary to rise up and stand steadfast against ISIS’s vicious agenda to uproot our nation from its ancestral lands and to empty Iraq of its indigenous people. The loss of the Assyrian people from Iraq would not only constitute a massive humanitarian catastrophe, but would also be an irreplaceable loss for the culture and civilization of Iraq and the world.
Today, as we stand firm in our belief in the possibility of peaceful coexistence with others in our country, while affirming our right to live in peace and dignity on our ancestral lands, we are announcing the formation and training of local forces under the name of Nineveh Plain Protection Units (NPU).
The NPU is comprised of the brave young men from the Nineveh plain who like their fathers, mothers, sisters and brothers, have had their lives stolen by ISIS. Following rigorous training, the mission of the NPU will be first to protect the remaining Assyrian lands from further attacks by ISIS, and then to participate in the necessary military campaigns to liberate their homeland. As the NPU grows in strength and size, it will become part of the other official security forces already present in the area, ensuring our peoples’ participation in the protection of their own lands, their own homes and their own lives. Trained to the highest standards, the NPU will, without question, respect human rights, perform their duties without any religious or ethnic discrimination and adhere to national and international laws that govern conflicts.
Participation in the NPU is open to anyone because the defense of our people and its rights should not be limited by political party, ethnic group or religious affiliation. Therefore, as we call upon all of our young men to volunteer for this great cause, we are also calling upon our people everywhere tofinancially and morally support these young men by all means available. Additionally, we are calling upon all officers and enlisted men from our people who are currently serving in the Iraqi military to participate in the building of the NPU by offering their knowledge and expertise.
We are also calling on all federal, local and regional governments to cooperate with and support the NPU formations, in the same way that they have supported similar entities in the past who are fighting to liberate their homes from ISIS terrorists.
We must stress that we are ready to fully coordinate and cooperate with all the military forces present in the Nineveh Plain who are engaged in the liberation of these areas with the objective of returning displaced families to their homes, restoring their lives and restarting the process of self-determination and a true national partnership.
The courageous young men who are volunteering for service in the Nineveh Plain Protection Units are the best that our nation has to offer. They are ready to sacrifice their lives for our safety and our future. Already, we owe them a great deal. Their success is our success, and united we will stand together for our people, our homes and our nation.