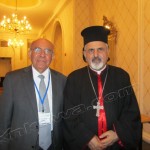 “The survival of these historic Christian communities is not merely a moral imperative; it is in the interests of all nations and peoples.”-IDC
Dr. Ramsay F. Dass, President of the American Middle East Christian Congress (AMECC), with a personal Honorarium Invitation from Mr. Toufic Baaklini, President of In Defense of Christians (IDC), attended the group’s inaugural summit from September 9-11, 2014 in Washington, D. C. under the banner “Protecting and Preserving Christianity Where It All Began.”

This conference was the first of its kind, where prelates and representatives of all churches and rites attended, including, but not limited to, His Eminence Leonardo Cardinal Sandri, His Most Eminent Beatitude Patriarch Mar Bechara Boutros Cardinal Rai, His Beatitude Gregorios III Laham, His Beatitude, Ignatius Youssef III Younan, His Holiness Aram I Keshishian, His Eminence Archbishop Cardinal Wuerl, His Eminence the Most Reverend Metropolitan Joseph Zahlawi, His Grace Bishop Angaelos, His Excellency Bishop Ibrahim Ibrahim, along with over 1,200 attendees from over 14 countries, including priests, nuns, doctors, lawyers, businesspeople, community and human right activists, university faculty professors, and various American leaders and organizations in the fields of religion, faith, culture, politics, and humanitarianism.
Dr. Dass, along with summit attendees visited the Capitol and addressed and dialogued with more than 18 United States Senators, Congressmen and Congresswomen, who pledged to support and assist the Middle East Christians with their immediate problems and develop programs for their future presence in the Middle East and in Diaspora.
During the summit, Dr. Dass and AMECC had an exhibition dedicated to the motto “Save Iraqi Christians.” Dr. Dass discussed issues related to the Middle East Christians in the United States, Diaspora, and in the Middle East with exchange of views in the political, medical, cultural, and heritage arenas with the summit’s attendees. He also had a personal discussion with members of Congress, church leaders, and members of other similar organizations.

AMECC, which was created after September 11, 2001, shares the vision, mission, and agenda of the IDC in this summit, which IDC explained is meant for “the preservation and protection of Christians in the Middle East.”

“Christians are pillars of Middle Eastern civilization. The people of these ancient communities, numbering in the millions, play an essential role in efforts to promote peace, encourage pluralism, and build bridges between the East and West. They face many challenges today, including government discrimination, social and economic marginalization, targeted religious persecution, ethnic cleansing, and violent attacks.”

“IDC’s goals are to unite the Middle Eastern Christian Diaspora in its advocacy efforts, to make the general public more aware of the plight of Christians in the Middle East, and to stand in solidarity with the Christian communities in the region. Their survival is vital to Middle East stability, and their ability to flourish in their countries of origin is not merely a human rights issue, but also has national security implications for the United States.”
Dr. Dass and AMECC believe such summits should be held regularly, develop Middle East Christian political lobbying, create a public relations committee, develop relationships with other American and non-American Middle East Christian and non-Christian organizations, and be more proactive than reactive in order to preserve and promote Middle East Christianity and Christians.

For more information regarding AMECC’s Save the Iraqi Christians program, contact: 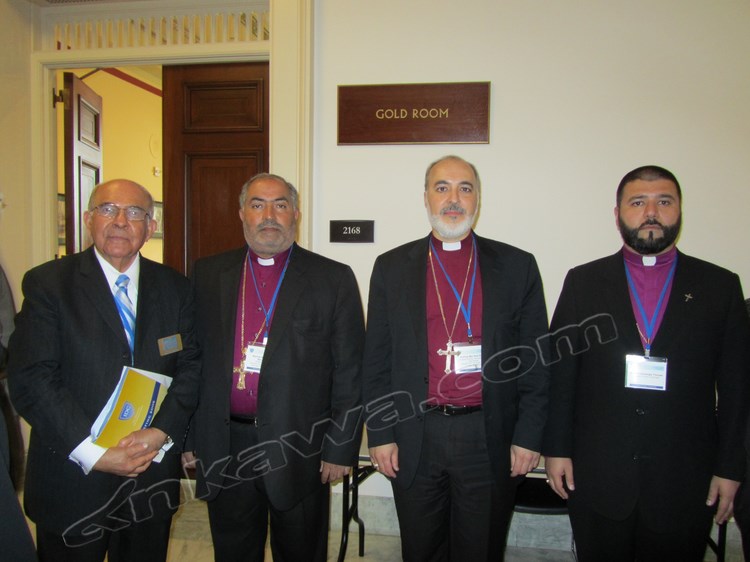 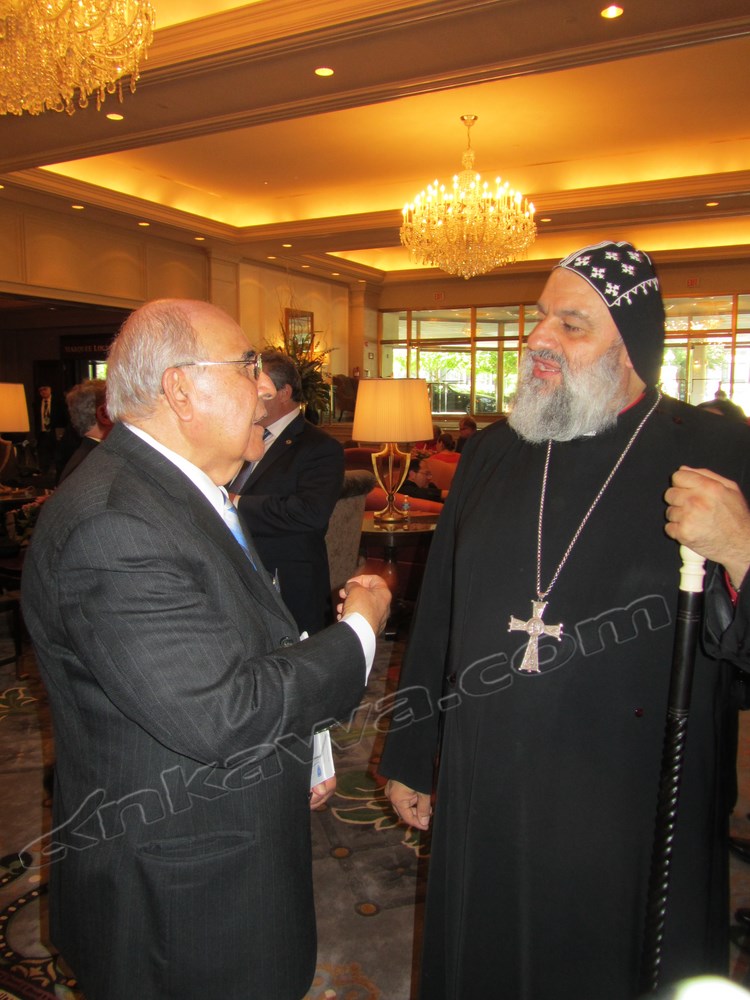 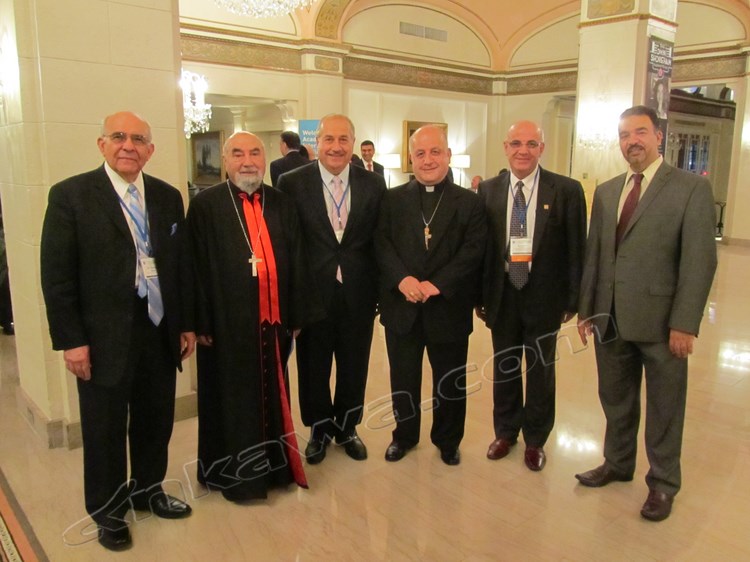 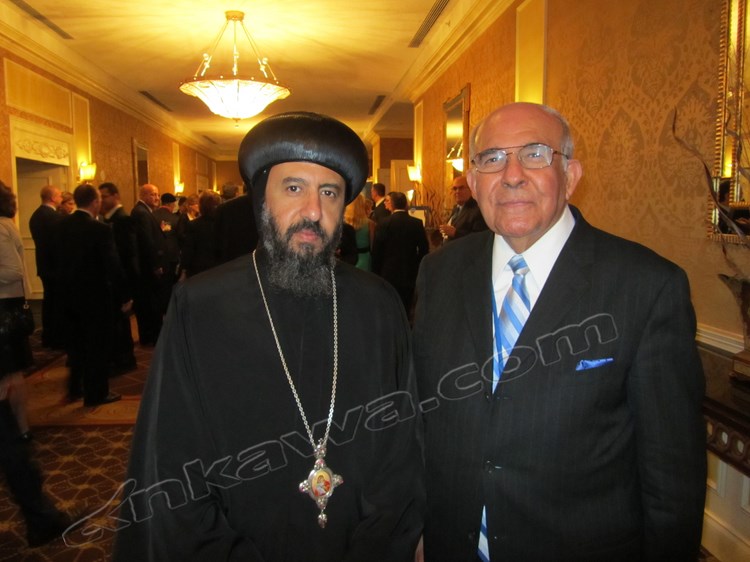 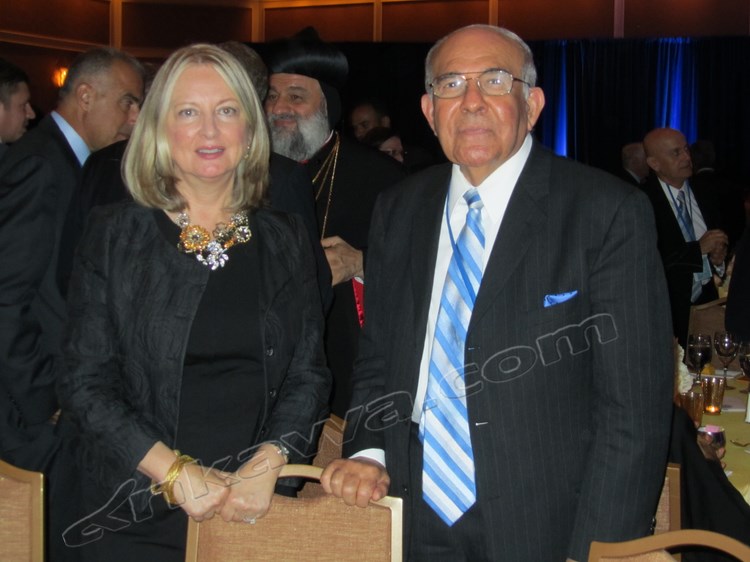 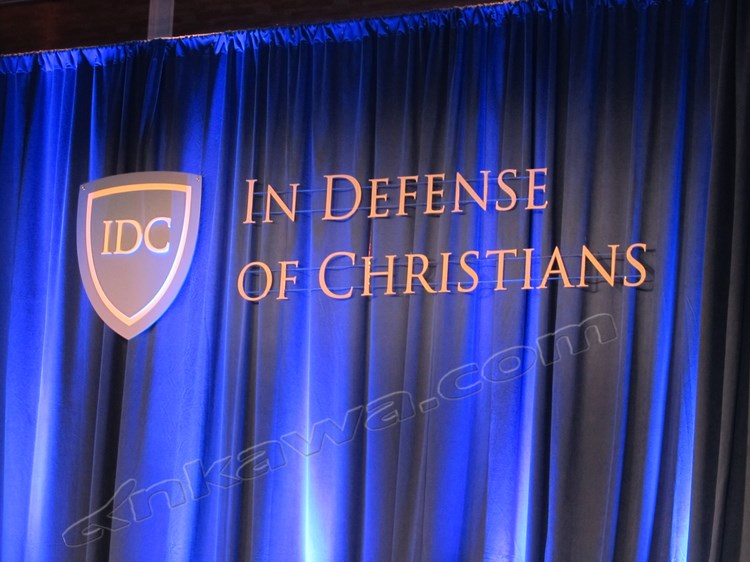 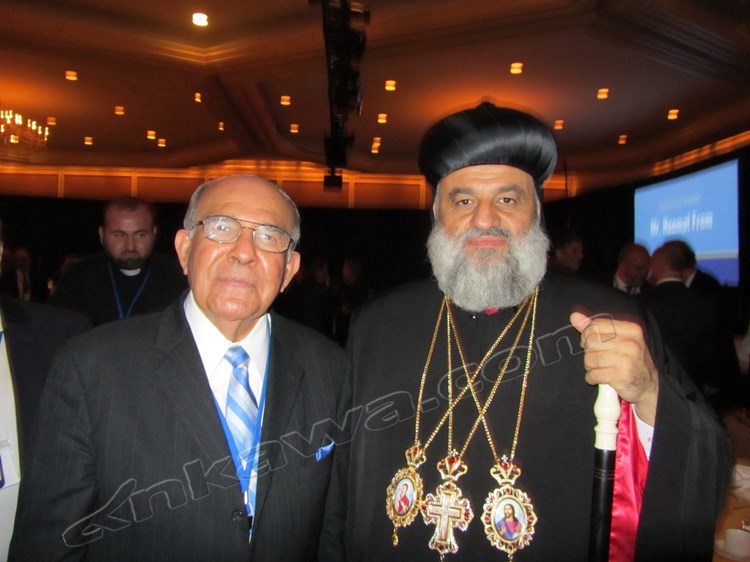 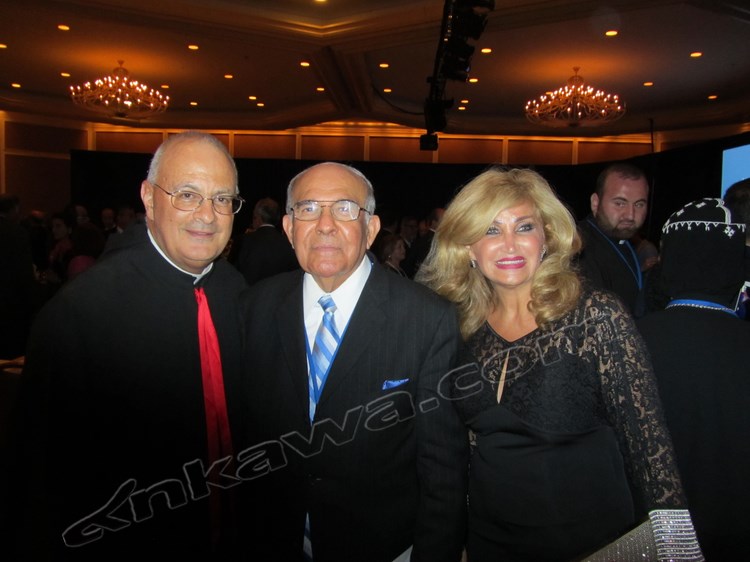 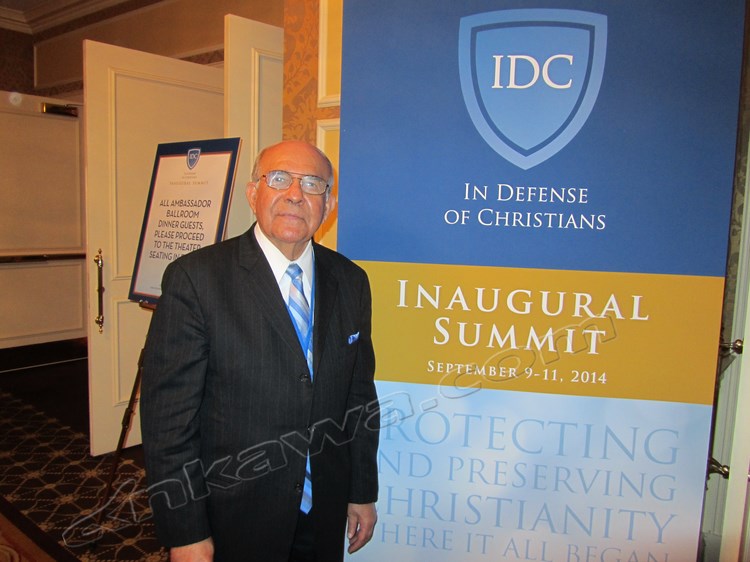 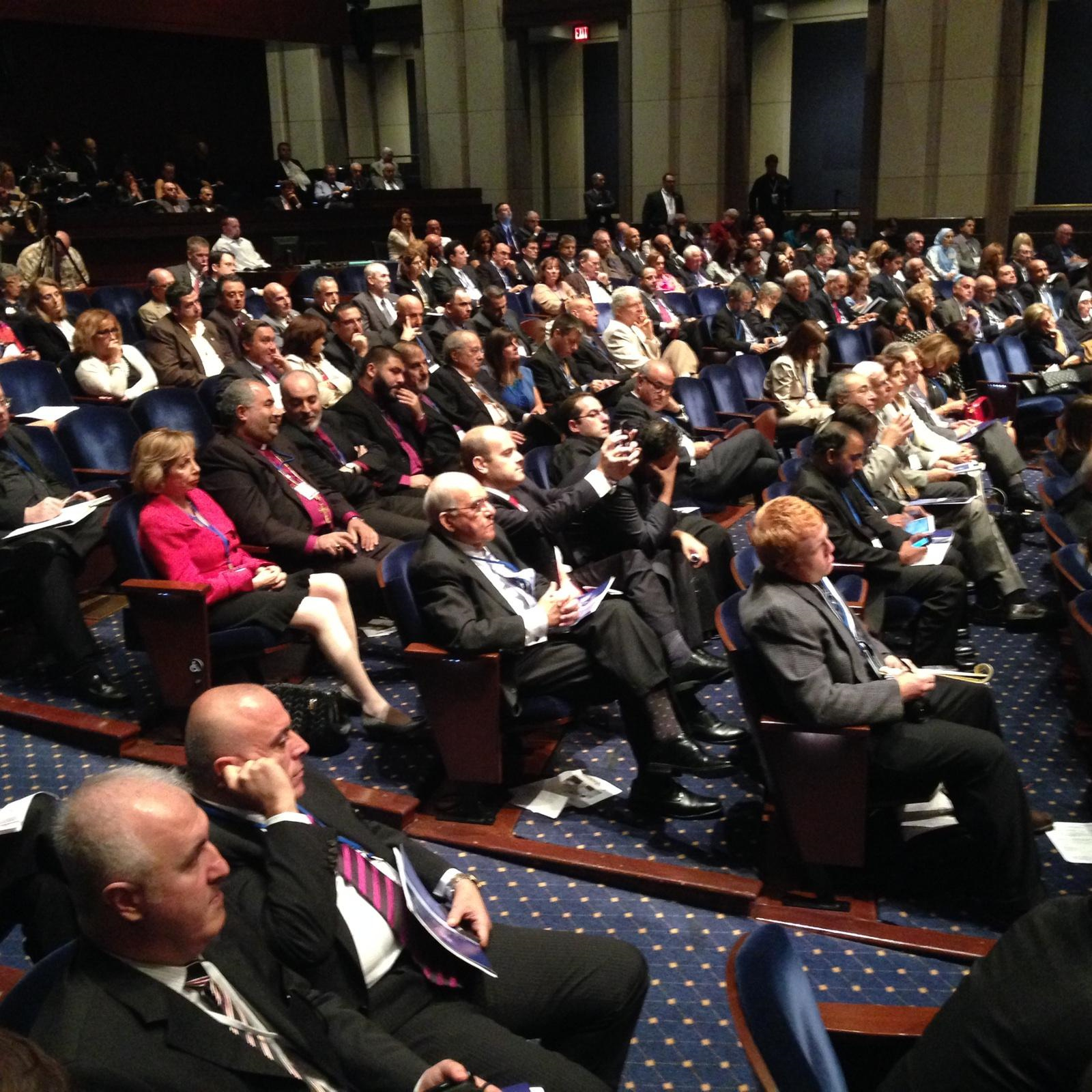