Dear All,
This an open invitation to all Supporters of the Assyrians and other Christians of Iraq
Due to the chaotic crisis caused by the invasion and occupation of Mosul and Nineveh Plain and some Iraqi cities by the Islamic State of Iraq and Syria (ISIS), the vulnerable and the already oppressed Assyrian people of Iraq are becoming an easy target of the Islamic extremists who are branded for being inhuman and brutal. According to most verifiable accounts, the militants who have swept across eastern Syria and western Iraq appear to have not engaged in widespread violence against the region’s Christians, known collectively as the Assyrians. But what is certain, is that tens of thousands of Christian refugees have already fled the area, mostly to the Kurdish region, as electricity, water and paid work is increasingly scarce.
Attached please find an important announcement of the Interim Council of the Assyrian Organisations in Sydney –Australia 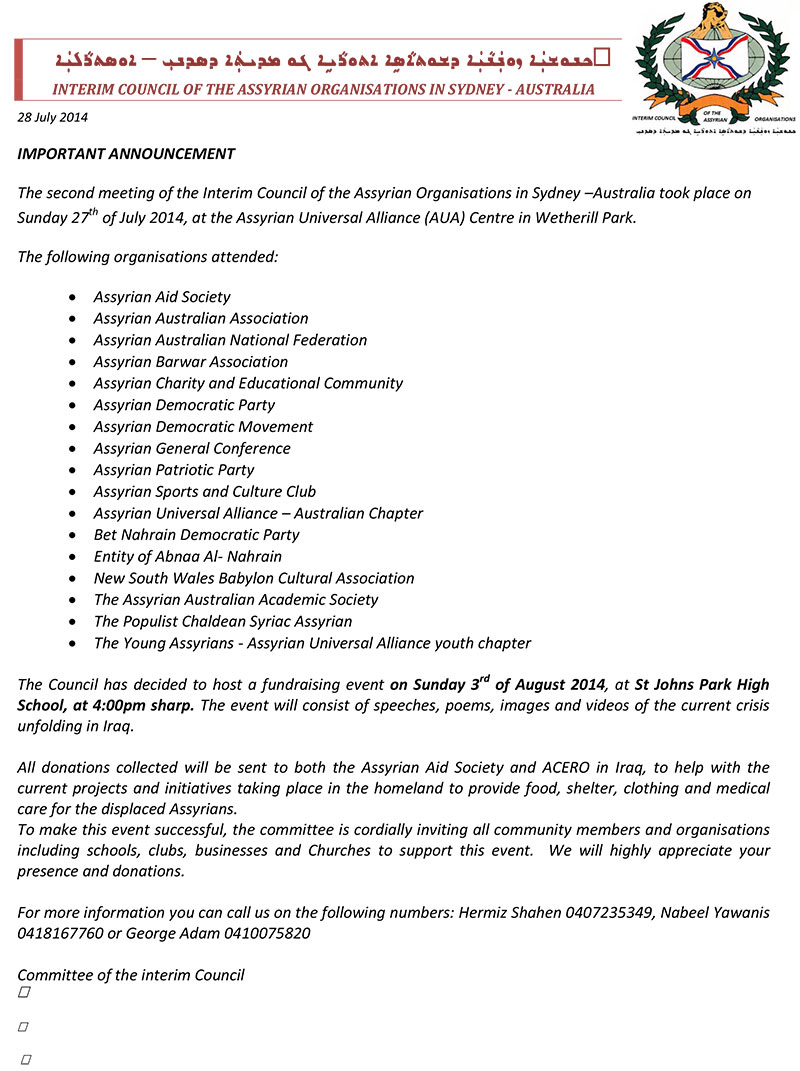