Since the 2003 invasion, Iraqis have experienced such a poignant deterioration in civil society that many are missing the days of dictator Saddam Hussein. Anarchy has reigned amid continuous sectarian violence between Sunnis, Shiites and Kurds, amplified by the presence of U.S. forces and the Iranian paramilitary.

As a result, between 2003 and 2010, four million refugees have made their way to neighbouring countries, with millions more displaced internally.  Despite electing a new goverment, the country has continued to be plagued by ethnic confrontations.  With the so-called “Arab Spring”, which plunged Syria into a brutal civil war, by 2014-2016 ISIS had gained effective control of a large swath of Iraqi territory. 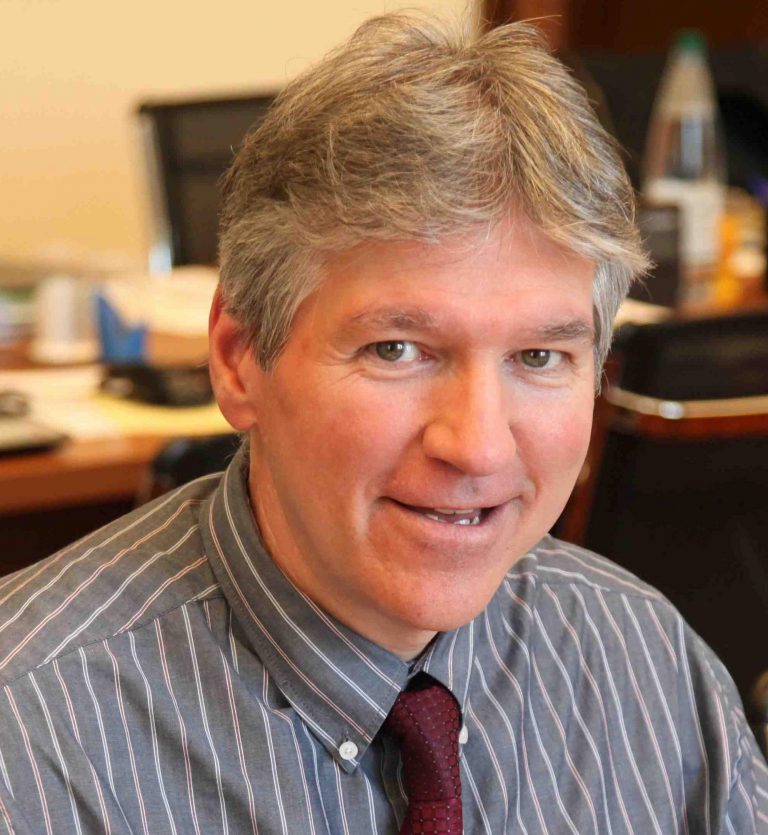 Carl Hétu
With the defeat of ISIS, in 2017, at the hands of local forces and an international coalition, the Iraqi people were confronted yet again with the same issue: how to move forward in peace and stability despite unresolved sectarian issues and serious economic challenges?

For the majority of Iraqis, the victory over ISIS has indeed proven to be a good thing. Not so for the poor, many of whom live in worse conditions than before with high unemployment, underemployment, lack of access to food and health care.

As a result, last October saw the birth of a new phenomenon: Iraqis, previously divided on cultural and religious lines, are now demonstrating in unison. Kurds, Sunnis and Shiites are joining forces against a government they call deeply corrupt.

In three months of demonstrations, the government’s response has been brutal. More than 300 killed and 10,000 injured. The population – a robust cross-section of groups – is now fed up, broken, angry and even more determined for change than before.  Many are now wondering whether Iraq can even avoid a plunge into civil war.

Deeply affected since 2003, Christians carry an extra worry. If violence increases once again, will they be able to remain? Indeed in only 17 years, their numbers have decreased by 85 per cent – a real tragedy that has been called a genocide by some. With less than 200,000 Iraqi Christians remaining, many in this group wonder whether staying is even an option.

Falsely labelled as ‘agents’ of the West, they have been targeted by fanatics well before the ascension of ISIS. Christians know to expect harassment and discrimination; but they often fear much worse.

One Iraqi Christian recently told me that ISIS was only finishing the job on them. According to Catholic Near East Welfare Association staff in Jordan and Lebanon, Christian families continue to pour in weekly from Iraq. They are weak, disheartened and in search of a new start. 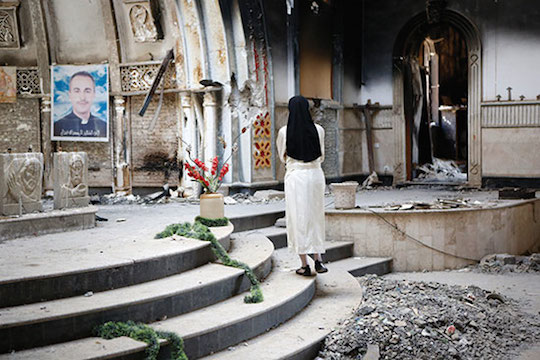 A nun is seen surveying the damage to a church in Iraq.Catholic Near East Welfare Association
I was recently asked what can be done to save this ancestral community? “Peace” was my reply. Only peace can guarantee stability and a hope for a better future for all Iraqis. “Is peace near?”, was the follow up question. With Syria’s war almost over, it looks like regional and international powers might now focus on Iraq as the new proxy battleground. The assassination of  Iranian Maj. Gen. Qasam Soleimani on Jan. 3 seems to support this notion. So my answer was no.

Many continue to ask me why we should care about the Christians of Iraq and the Middle East. The answer remains crystal clear. They are indigenous to the land, with a history that goes back close to 2,000 years. They’ve long played an integral role in social services, education and job creation. They act as a bridge between cultures.

Often ignored, Christians should be considered as direct partners in achieving peace instead of allowing them to be pushed out of their homes, or worse.

-Carl Hétu is the Canadian national director of the Catholic Near East Welfare Association, an agency of the Holy See that supports the churches and peoples of the Middle East, Eastern Europe, Northeast Africa and India.

Arab Christians Have Lost Easter Before. Here’s What They Learned.

Whether COVID-19 or ISIS, believers from Iraq, Syria, and Egypt…

Chaldean Chamber, elected officials call on state to shut down…

Bishop of Baghdad, Easter and coronavirus: in empty churches against…

Msgr. Warduni says this is not the time to "be…

Death by Emigration: Two Years After ISIS, Catholics Are Still…

Above, Mosul’s destroyed Chaldean Catholic archbishopric is shown. (Courtesy of…

A Time for Pastoral, Prophetic and Practical Christianity: A Joint…

Blessed be the God and Father of our Lord Jesus…

From Syria with love, prayers and solidarity