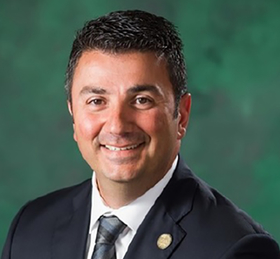 The Chaldean American Chamber of Commerce and affiliate Chaldean Community Foundation have tabled a plan to establish a satellite presence in northern Iraq to provide business investment and social services support in the region, following Iran attacks on U.S. bases in the Middle East late Tuesday.

The Farmington Hills-based Chaldean Chamber and foundation had been developing the plan for the new satellite location as an extension of their work with a U.S government agency and contractor over the past six months to help attract local investment in rebuilding efforts in northern Iraq.

The proposal was set to go before the boards of the two organizations over the next two weeks but is on hold, given the escalating tensions between the U.S. and Iraq and Iran.

Iran launched the attacks on U.S. bases in Iraq in retaliation for a Jan. 2 U.S. drone attack that killed one of Iran’s most powerful military generals, Qasem Soleimani, and Iraqi Shia paramilitary leaders Abu Mahdi al-Muhandis.

“Our goal is to establish a presence in Nineveh, Iraq, to serve our community and help put them on a path to stability following the trauma they endured from ISIS,” Martin Manna, president of the Chaldean chamber and foundation, said Wednesday morning. “Given the recent rise in tensions between the U.S. and Iran, our efforts will be put on hold until we can assure the conflict is over. We are praying for a peaceful resolution.”

As planned, the new satellite office would assist in sustainable business development in the region and provide humanitarian assistance in areas such as counseling for traumatized villagers, Manna said. Given the dual economic and humanitarian focus of those services, the chamber and community foundation are considering the plan and deciding which would shepherd it.

The Iraq location would launch this year with three to five employees hired from the Nineveh region and management from the offices in Southeast Michigan, Manna said.

“Our thoughts (are) … to request they spend a month here with our organizations so they can become familiar with our practices and what we’re trying to accomplish there,” he said.

The chamber and foundation are operating on a combined budget of about $8 million, Manna said.

Plans for the satellite presence in Iraq stemmed from the work of the chamber and foundation over the past six months with the U.S. Agency for International Development and CrossBoundary Group, a Washington,D.C.-based organization contracted to help attract investment to Iraq as part of a larger effort to help rebuild and repatriate villages that were destroyed by ISIS.

The U.S. agency and contractor engaged the chamber and community foundation in those efforts given that metro Detroit is home to the largest Chaldean community outside of Iraq. Most Chaldean people living in metro Detroit are from Nineveh in northern Iraq, which is also the native home of other Iraqi minority populations, Manna said.

In early December, a dozen local Iraqi American investors convened by the local chamber traveled to northern Iraq to learn more about investment opportunities during the Nineveh Investment Forum hosted by USAID, CrossBoundary and the U.S. Chamber of Commerce, Manna said.

Simon, a native of Iraq who came to the U.S. in 1970 and is now an American citizen, said he was impressed with what he heard during the trip. He was drawn to opportunities in pharmaceuticals, energy and possibly real estate, he said, and his family-owned firm may be able to raise a $50 million fund to make investments in Iraq.

But “the only way we’d look into it is if safety and corruption concerns and security of the investments there are addressed,” Simon said.